West Virginia Attorney General Patrick Morrisey is itching for a fight on ESG.

Morrisey has made a name for himself helping net his state hundreds of millions of dollars from cases over the opioid crisis and taking the Environmental Protection Agency all the way to the Supreme Court—and winning.

The Republican also has threatened to sue the Securities and Exchange Commission, if it requires companies to report on greenhouse gas emissions and other environmental, social and governance matters. Morrisey has tried to deflect what he sees as attacks on the state’s coal industry, joining former Vice President Mike Pence, Florida Gov. Ron DeSantis and other Republicans who’ve made ESG investing a frequent target and stoked Democratic ire.

Such battles are often embraced in Appalachia, the land of the infamously feuding Hatfield and McCoy families, whose homes are depicted in illustrations on Morrisey’s office wall. The ESG foe and onetime Washington lobbyist and congressional staffer now is deciding whether to run in 2024 for governor or for the seat held by Sen. Joe Manchin (D-W.Va.), who defeated him in 2018.

“West Virginians are a warm, generous, giving people,” Morrisey told Bloomberg Law in an interview. “But they also know how to fight.”

The 55-year-old New Jersey native became attorney general in 2013, ousting a five-term Democratic incumbent as President Barack Obama began his second term. He campaigned on stopping the “war on coal” and “overreaching federal agencies,” placing the EPA in this crosshairs. 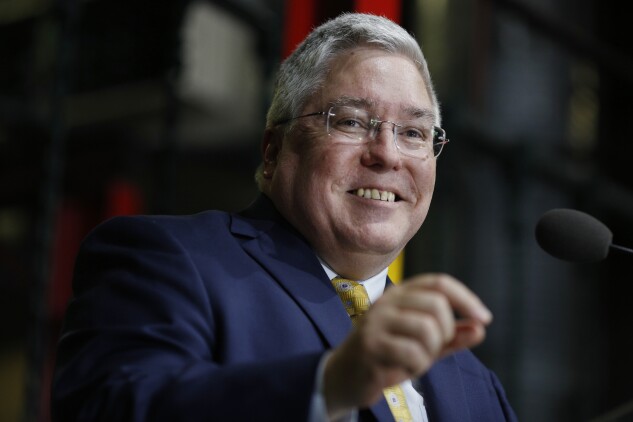 Agencies need clear permission from Congress to issue regulations that have major economic or political importance, the Supreme Court ruled. The decision is talked about widely in conservative circles, said David Burton, a senior fellow in economic policy at the Heritage Foundation, a right-leaning think tank.

“It gives a lot of people, including myself, hope that some of these administrative agencies, when they get outside of their lane, will be checked by the courts,” Burton said.

Morrisey and other Republicans have cited the Supreme Court ruling in their push to keep the SEC from adopting rules that would require companies to report their greenhouse gas emissions and make other disclosures about how climate change affects their businesses.

He led several Republican attorneys general in writing a July 2022 letter that told the SEC that West Virginia v. EPA shows why the agency’s proposed rules are problematic. The SEC could “save everyone years of strife” if the agency scrapped its climate disclosure proposal, the attorneys general said.

SEC Chair Gary Gensler, a Democrat, said last year the high court decision was “significant and meaningful.” But he has no plans to abandon the proposal completely, saying investors are demanding information from companies about climate change. The agency is expected to adopt climate disclosure regulations early this year.

“The SEC would be quite foolish to replicate its proposed rule because that type of final rule would go down about as quick as a bolt of lightning,” Morrisey said.

Morrisey’s attacks on ESG are “fool’s errands” to help wealthy interests at the expense of West Virginians, said West Virginia lawyer Sam Petsonk, a Democrat who tried to unseat the attorney general in 2020. ESG-minded investors have helped push coal companies to reduce emissions and invest in their workers in an effort to sustain the state’s mining industry, he said.

“Attacking rules that will preserve American competitiveness is harmful to the very interests he purports to represent,” Petsonk said. “In fact, he is not representing American coal miners or American manufacturing when he attacks these ESG rules.” 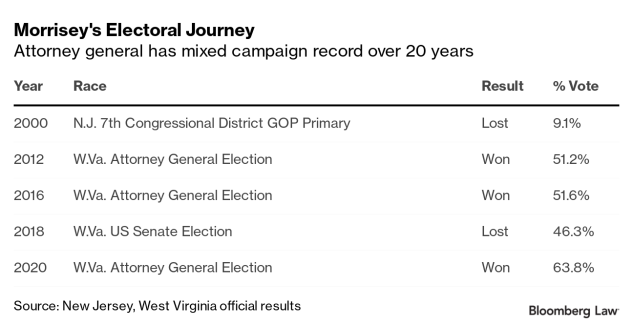 Any litigation over final climate disclosure rules likely would play out during any campaign Morrisey might wage for governor or senator.

The attorney general already has made fighting ESG a key pillar of any run for elected office, with a campaign website that prominently features a Politico newsletter that says the “woke wars intensify” and “Morrisey is back for more.”

Morrisey is trying to use ESG to play to voters who back the coal industry, said Jena Martin, a West Virginia University College of Law professor who studies business and human rights. She pointed to a June 2022 letter in which Morrisey and other Republican attorneys general told the SEC it is “redefining itself at the behest of political interests bent on destroying industries central to the American economy—building blocks like energy companies, traditional automakers, and more.”

Morrisey said he expects to announce whether he will run for governor or senator in the coming months. A run for Senate would be Morrisey’s third attempt to join Congress. He lost a bid to represent New Jersey in the House in 2000, before moving to Harpers Ferry, W.Va., in 2006 and losing to Manchin in 2018.

If Morrisey ran for governor, he wouldn’t have to face Gov. Jim Justice (R), who is unable to run for reelection in 2024 due to term limits. But Morrisey could face Justice in the Republican primary for Manchin’s seat, if both decide to run for Senate in 2024. Other Republicans also have announced gubernatorial and Senate bids.

Morrisey faced scrutiny during his Senate run over his time lobbying for pharmaceutical companies in Washington from 2004 to 2012, raising questions about his commitment to fighting the opioid epidemic in a state devastated by the drug. His clients included Sunovion Pharmaceuticals Inc., and at various points while he was a partner at Sidley Austin LLP and later King & Spalding LLP, according to congressional records.

“Once a lobbyist, always a lobbyist,” Manchin’s campaign tweeted in 2018. “Patrick Morrisey is still doing the dirty work of the opioid industry that’s ravaging West Virginia.”

Manchin and others have pointed to opioid-related settlements that they said shortchanged West Virginia. One of the deals, a $20 million settlement with in 2017, was “pennies on the dollar,” according to a campaign ad from Don Blankenship, who lost to Morrisey in the 2018 Republican primary for the Senate.

Morrisey once lobbied for the Healthcare Distribution Management Association, now the Healthcare Distribution Alliance, which counts Cardinal as a member. His wife, Denise Henry Morrisey, also lobbied for Cardinal until 2016, according to congressional records. She’s a founding partner of Wasington lobbying firm Capitol Counsel LLC , which has clients that include Fox Corp., the National Football League and the Planned Parenthood Federation of America, according to congressional records.

West Virginia’s Lawyer Disciplinary Board in 2016 announced it found no ethics violations by the attorney general, according to news reports. Morrissey recused himself from the case in 2013.

‘Hell of a Record’

Morrisey has long fought to improve health care in the US, said Preeya Noronha Pinto, a King & Spalding partner, who worked with the attorney general at the firm. He used his experience with the legislative and regulatory processes in Washington to help his firm’s clients try to make innovative treatments available to patients, she said.

Before entering private practice, Morrisey served as deputy staff director and chief health care counsel on the House Energy and Commerce Committee from 1999 to 2004, helping Republicans pass bioterrorism legislation in 2002 and a Medicare overhaul in 2003.

“Patrick hasn’t changed a bit,” Pinto said. “He’s the same fighter that he has always been.”

The attorney general touts success in battling opioids, with his official biography noting more than $380 million in state settlements with drugmakers, distributors and manufacturers. Voters also can see how he’s helping protect their jobs from federal government overreach in areas like ESG, he told Bloomberg Law.

His message to any 2024 challengers: Bring it on.

“Voters are going to have a chance to know my background and my record at a level of depth that they didn’t quite fully appreciate in 2018,” Morrisey said. “It’s a hell of a record.”