The Justice Department is collecting a trove of information on dozens of investment firms and researchers engaged in short selling as part of a for potential trading abuses, according to people with knowledge of the matter.

The Federal Bureau of Investigation seized computers from the home of prominent short seller , the founder of Citron Research, in early 2021, some of the people said. In more recent months, the Justice Department subpoenaed certain market participants seeking communications, calendars and other records relating to almost 30 investment and research firms, as well as three dozen individuals associated with them, the people said, asking not to be identified discussing confidential inquiries.

Many on that roster -- a veritable who’s-who of the activist short-selling realm -- said they haven’t been contacted directly by the government, leaving some exasperated about being left in the dark. Reached for comment, Left also said he’s frustrated. 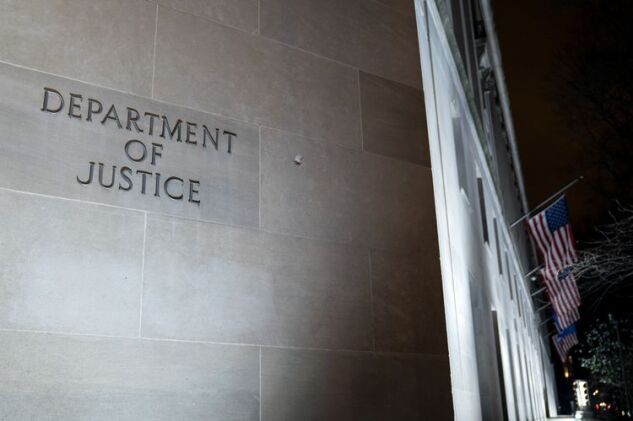 “It’s very tough to defend yourself when you haven’t been accused of anything,” Left said. “I’m cooperating and I have full faith in the system and the First Amendment,” he added, referencing protections on free speech.

The long list of names underscores the breadth of the Justice Department investigation first described by Bloomberg in December and shows how authorities are trying to map out alliances and understand how short sellers handle research and arrange bets that stocks will fall. It remains unclear which, if any, of the names mentioned in subpoenas might be targets of the inquiry or merely have ties to other people or entities of interest.

The Securities and Exchange Commission also has sent some requests for information, people with knowledge of those inquiries said. Spokespeople for the Justice Department and SEC declined to comment. No one has been accused of wrongdoing, and in many cases, the opening of a probe doesn’t lead to anyone facing charges.

Representatives for most of those firms -- Melvin, Orso, Sophos and Hindenburg -- declined to comment or didn’t respond to messages seeking comment.

“We haven’t been contacted by DOJ, SEC or any governmental authorities about any investigations,” Kerrisdale’s chief investment officer, , wrote in an email. “We literally haven’t spoken to anyone at the government in many years.”

“We will always cooperate with any such investigations and are happy to assist regulators in carrying out their duties,” he said. “All our reports are based on information that is publicly available, sourced from records that anyone at any given time could research or find. Our most recent contact with the DOJ was in assisting an investigation into the fraud at a company that we had researched.”

Firms in the Dark

Bloomberg had noted in December that Anson Funds, Marcus Aurelius Value, Muddy Waters Capital and Citron are part of the probe.

Representatives for many of those firms -- among them Falcon, GrizzlyRock, J Capital, Oasis, Valiant and White Diamond -- said they hadn’t been contacted by investigators. “It’s hard for us to comment on something we don’t know anything about,” said , a representative for Oasis.

Valiant “has a long-standing policy of cooperating with any inquiries it receives from regulators and other government bodies,” but is not aware of being involved in the short-selling probe, chief compliance officer said in an email. “Compliance with securities regulations has always been a point of significant emphasis at the firm since inception and we have not been subject to any regulatory action regarding insider trading or short-selling in our 13-year history.”

“Ethics are a key part of my work, and I wouldn’t do anything unethical or untruthful,” said White Diamond’s Adam Gefvert. “I may write negative things about a company but I wouldn’t embellish anything. Everything is backed by proof.”

Not all of the firms enter into public battles with companies. Atom invests in short-selling hedge funds. And GrizzlyRock isn’t an activist short seller, founder noted, adding that he’s glad the Justice Department is looking into that space.

Representatives for the rest declined to comment or didn’t respond to messages.

Short selling often involves borrowing and selling shares, in a bet that they can be bought back cheaper later to lock in a profit. Investors may also use derivatives such as put contracts.

The Justice Department and financial regulators have faced a growing number of calls in recent years to dig into short sellers and their research partners. Corporate executives including the world’s richest person, Tesla Inc.’s , have decried short sellers, accusing them of maligning businesses for profit.

The Justice Department’s probe is being run by the fraud section with federal prosecutors in Los Angeles and there’s no public signal that authorities have drawn any conclusions. As Bloomberg previously reported, they’ve been examining trading in dozens of stocks, as well as relationships between funds and researchers, looking for signs that they manipulated markets or broke other laws to profit.

The U.S. probe adds to a treacherous period for short sellers. Some bearish funds threw in the towel as government stimulus drove equity markets, a situation exacerbated during the pandemic. The pressure intensified during 2021’s meme-stock frenzy, when retail investors banded together to bid up shares of popular short targets, inflicting losses on hedge funds and other traders. By late January of last year, Citron vowed to give up short-selling research and focus on long bets.

Some of the loudest short-selling critics include executives at companies that were later found to have engaged in malfeasance. But legions of small investors have also expressed outrage over stock slumps, especially during last year’s wild trading. Amid the complaints, members of Congress started demanding more government scrutiny.

Researchers make money in a variety of ways beyond placing their own bets. Some sell insights to subscribers, or make arrangements to give clients, such as hedge funds, ideas in exchange for a cut of the profits. Paying customers often get to see research alleging problems at publicly traded companies before publication.

One area of focus is how investors set up their bets that stocks will decline. Investigators have been looking, for example, for signs that money managers might try to engineer startling stock drops to induce selling by market makers or other investors, or engage in other abuses, such as insider trading, people familiar with the matter have said.

To contact the reporters on this story:
in New York at kporzecansk1@bloomberg.net;
in Washington at tschoenberg@bloomberg.net