A GameStop Corp. store at a mall in San Diego on April 22, 2021.
Photographer: Bing Guan/Bloomberg

The is set to consider new stock trading rules in what would be the Wall Street regulator’s most direct response yet to last year’s wild trading in GameStop Corp. and other meme stocks.

SEC Chair said Thursday that the agency is preparing to take up a range of policy changes starting next week that would deal with issues raised by last year’s market frenzy, including shortening the time it takes to settle stock trades. 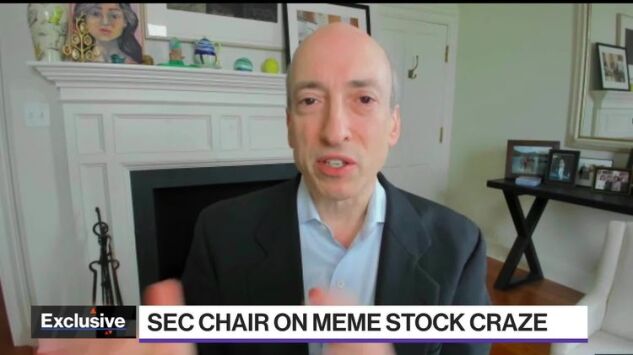 The inner-workings of the stock market have become a hot button issue in Washington since last year’s wild trading, prompting a series of congressional hearings. The SEC has come under pressure to respond, and the possible rule changes follow a report by the agency last year.

“It is about the plumbing of the stock market, clearing and settling and how we can take risk out of the system,” Gensler said on Bloomberg Television’s “Balance of Power With David Westin.”

He added that the agency was also looking to address the decision by some retail brokerage apps to halt trading in certain stocks. “The retail public found they were foreclosed from trading,” he said, declining to comment on whether any rules were broken.

As an initial step, next week the SEC also plans to begin considering rules about how long it takes to settle stock trades. The SEC has said previously said it wants to reduce the time for transactions, which now take two days to finalize.

Because stock prices can fluctuate dramatically over those two days, brokers have to post collateral with an outfit called the Depository Trust & Clearing Corp. to ensure that they have the funds to cover the risks that their customers take. The time lag was blamed for the decision by Robinhood Markets Inc. and other platforms to restrict some trading in meme stocks when demand surged.

Separately, Gensler signaled in the Bloomberg interview that the SEC could soon weigh changes related to digital engagement practices used by retail trading apps like Robinhood. The features have come under fire by investor advocates.

To contact the reporters on this story:
in Washington at bbain2@bloomberg.net;
in New York at dwestin@bloomberg.net