America’s local governments frequently pledge a slice of their revenue to investors to make their bond deals more attractive by adding an extra layer of security. But Puerto Rico’s record-setting bankruptcy has cast that safety in doubt.

That’s because bondholders who were promised a dedicated share of the island’s sales-tax revenue have seen that rolled back in court, where creditors since 2017 have been squaring off over who has the highest claim to the distressed government’s cash.

On Feb. 4, U.S. District Judge Laura Taylor Swain approved a restructuring of more than $17 billion of sales-tax-backed bonds that will leave owners of the securities with the lowest claim receiving about 56 cents on the dollar. While investors supported the deal because it gives them far more than what the debt was once trading for, it rests on an agreement that steers nearly half of the revenue that was pledged for the securities to the central government instead. 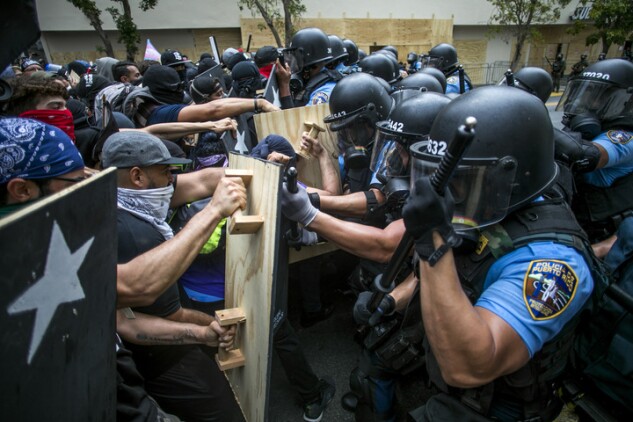 That’s left some investors worried the approach could be used by other distressed governments. “It makes us question everything,” said Jonathan Mondillo, head of municipal securities at Aberdeen Standard Investments, which owns insured Puerto Rican debt.

Puerto Rico’s bankruptcy is the latest to trigger a reassessment of which bonds are the most iron-clad in the $3.8 trillion state and local government debt market, a haven where bankruptcies are rare enough that each one is closely watched for possible clues to how creditors will be treated the next time a government goes broke.

Detroit’s bankruptcy undermined investors’ faith in general-obligation bonds, which were once seen as the safest since they are backed by the unlimited ability of a government to raise taxes. That led some to favor bonds backed by dedicated revenues like sales taxes instead -- a view that’s now being challenged by what’s happened in Puerto Rico. Last year, S&P Global Ratings began pushing the ratings on so-called priority lien debt closer to those of the underlying governments, reflecting the risk that officials could try to tap the funds if they experience distress.

Such bond issues are used by issuers because it allowed them to borrow at lower costs. The Puerto Rico sales-tax bonds, known as Cofinas, are similar to those issued by Chicago’s Sales Tax Securitization Corp., which says it’s insulated even if the city were given the power to go bankrupt.

While those Chicago bonds have AAA ratings from Fitch Ratings and Kroll Bond Rating Agency, investors demanded yields of as much as 4.79 percent on debt due in 2048 when the city sold the securities last month, according to data compiled by Bloomberg. That was about 1.7 percentage points more than benchmark debt, nearly twice the premium investors demanded a year earlier.

“Ultimately if the municipality gets into a distress situation, it’s my belief, much like the Cofinas, they would be brought into the bankruptcy proceeding, or there would be a possibility” of that, said Mondillo.

In some ways, though, the outcome of the Cofina ruling -- if not the precedent -- is a win for investors who favor revenue-backed deals over general-obligation bonds. The most-senior Cofina bondholders will recover an estimated 93 cents on the dollar when they exchange their debt for new securities. They’re trading for around 85 cents.

That’s well above the current price for Puerto’s general-obligation bonds, with those due in 2026 at about 57.5 cents. Owners of those securities have yet to reach such a restructuring deal, leaving potential recoveries uncertain. Some complained in court that the sales-tax deal was too generous, diminishing what other creditors stand to gain.

James Spiotto, managing director of Chapman Strategic Advisors LLC, said Puerto Rico’s bankruptcy may also be a unique case, given the severity of the island’s financial and economic strains, that may not apply elsewhere. Municipal bankruptcies have also been extremely unusual, with only a few cities seeking court protection from creditors even after the big financial hit of the last recession.

Puerto Rico’s bankruptcy may lead to still more reckonings over the protections municipal-bondholders have as it restructures the rest of its $74 billion debt load. The island’s federal oversight board is seeking to invalidate more than $6 billion of general-obligation bonds sold since 2012 on the grounds that it was issued illegally. If the judge agrees, that could heighten already-existing concerns around the safety of the pledge and prompt another round of reassessments.

“This is a near-term headline -- we don’t know how it’s going to play out over the next one, two or five years,” said David Ashley, a portfolio manager at Thornburg Investment Management, which holds $10 billion in municipals. “You’ve made the sales tax folks fairly happy, you still haven’t addressed the other part of the debt waterfall.“

With assistance from Michelle Kaske

To contact the reporter on this story: Amanda Albright in New York at aalbright4@bloomberg.net

To contact the editors responsible for this story: James Crombie at jcrombie8@bloomberg.net William Selway, Christopher Maloney