The Twitter logo is seen on a smartphone displaying the company's mobile application.
Photographer: Michael Nagle/Bloomberg via Getty Images

’s $44 billion buyout of was challenged in a lawsuit by a Florida pension fund that argues the deal can’t close before 2025 because Musk was an “interested shareholder” in the social-networking platform.

The filed suit in Delaware Chancery Court on Thursday. According to the complaint, Musk had agreements with other major Twitter shareholders -- including founder -- to rely on their holdings when offering to take the company private last month. Those arrangements triggered a Delaware law that calls for a three-year delay in closing such deals, the fund claims.

Musk’s Twitter acquisition features one of the biggest leveraged buyout deals in history. He’s taking private a 16-year-old social networking platform that has become a hub of public discourse and a flashpoint in the debate over online free speech. Musk disclosed Thursday a group of investors were kicking in more than $7 billion of equity towards the deal. They include billionaire , venture-capital firm and cryptocurrency exchange

A representative for Musk didn’t immediately return an email seeking comment on the pension fund’s suit.

Musk, 50, has outlined financing for the deal that includes $13 billion in bank loans secured by the social-media company and $12.5 billion backed by a pledge of some of his $170 billion stake. He’s currently the world’s richest individual, with a fortune valued at more than $249 billion.

The pension fund’s lawyers note Musk owned about 10% of Twitter’s shares when he made his buyout offer. They also say in the complaint that he had an “agreement, arrangement or understanding” with other major Twitter investors, such as Dorsey and investment bank . Those pacts allowed Musk to rely on their shares and support for the deal, according to the suit. 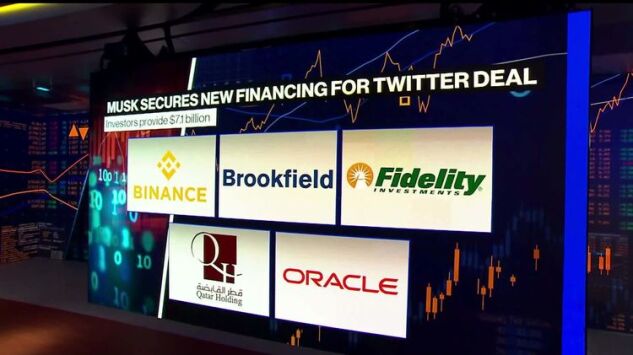 Under Delaware corporate law, those agreements make Musk an “interested shareholder” who has to wait three years to close the deal or win the support of investors who control “at least 66 2/3% of Twitter’s outstanding voting stock” and were independent from the billionaire, the suit said.

The fund is asking a Delaware judge to find that Musk meets the test for an “interested shareholder” and is subject to the law, according to the complaint.

The statute cited by the Florida fund was passed by Delaware lawmakers in the 1980s to help address a boom in takeovers and to protect shareholders’ rights to vote, but it won’t pose much of a barrier for Musk, said , the former director of the Weinberg Center for Corporate Governance at the .

“Its an extremely high wall to show someone was an interested shareholder, and few have surmounted it over the years,” Elson said.