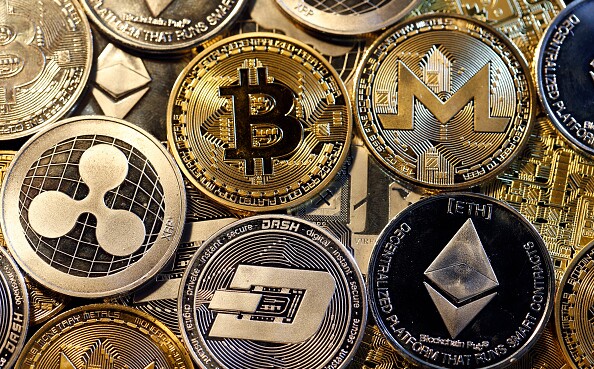 In this mini-case study of what could go wrong when issuers do not seek advice of knowledgeable securities attorneys, Mitchell Silberberg & Knupp LLP partner Arina Shulga provides some advice on how to avoid business catastrophes.

This article is not about crypto funds. It is about the consequences that an investment manager may face if it disregards securities laws when raising capital for its fund even if the fund is a crypto fund.

On Dec. 7, 2018, the Securities and Exchange Commission issued a cease-and-desist order (Order) against CoinAlpha Advisors LLC (CoinAlpha) for failure to comply with the provisions of the Securities Act of 1933, as amended, while raising capital. CoinAlpha was a Delaware LLC, created to act as the managing member of, and manager to, CoinAlpha Falcon LP, a Delaware limited partnership (Fund) that invested in crypto assets.

CoinAlpha raised funds from 22 investors, but failed to qualify the offering under either Rule 506(b) or Rule 506(c) exemption from the registration requirements of the Securities Act (or any other available exemption).

Among several available exemptions from registration under the Securities Act, there are two that are most frequently used: Rule 506(b) and Rule 506(c) of Regulation D.

Rule 506(b) is still the most commonly used private placement exemption, but since Rule 506(c) (first introduced as part of the JOBS Act) became effective on Sept. 23, 2013, it has been gaining in popularity. Even if the issuer fails to comply with all of the requirements of Rule 506(b), it can rely on another available exemption.

Finally, the issuer must reasonably believe that the investors are accredited or financially sophisticated, generally relying on investor questionnaires and representations in the purchase agreements.

Unlike Rule 506(b), Rule 506(c) allows an issuer to raise an unlimited amount of funds using general solicitation and advertising, but the purchasers must all be accredited investors. Accepting funds from a single unaccredited investor would disqualify the entire offering. There is no other exemption that is available to the issuer (except for a much more complicated Regulation A+) if it fails to comply with the provisions of Rule 506(c).

Rule 506(c) requires that the issuer not only have a reasonable belief as to the accredited status of the investors, but also take reasonable steps to verify that all investors in its offering are accredited.

The rule actually provides examples of the acceptable verification methods. For example, the issuer can verify the investors’ income by reviewing their W-2s, Form 1099, and tax returns, or the net worth by looking at the bank statements, brokerage statements, and consumer reports. The issuer can also rely on a recent written confirmation issued by a licensed certified public accountant in good standing, a licensed attorney in good standing, a registered investor adviser, or a registered broker-dealer.

Any securities lawyer would know the difference between the two rules and how to comply with each. As the Order shows, failing to obtain competent legal advice when conducting a private placement of securities can lead to devastating and embarrassing results of having to close the entire fund.

Twenty-two investors from five states invested a total of $608,491 into the Fund. All of them turned out to be accredited investors. However, the manner in which CoinAlpha conducted the offering did not qualify for either of the exemptions.

Although the Fund filed Form D with the SEC stating it was conducting an offering pursuant to Rule 506(b), the offering did not comply with Rule 506(b) because CoinAlpha engaged in general solicitation of interest in the offering through its website, which anyone could access without a password.

Further, CoinAlpha advertised the offering on its blog, through media interviews, and at industry-specific conferences. Once the issuer started publicizing its offering, Rule 506(b) could no longer be relied on. On the other hand, Rule 506(c), which allows issuers to use general solicitation and advertising, was still available. However, CoinAlpha failed to qualify under Rule 506(c) exemption as well because it did not take reasonable steps to verify the accreditor investor status.

Disregard for the Rules

Such disregard for the rules led to upsetting consequences. In its Order, the SEC declared that CoinAlpha violated Sections 5(a) and 5(c) of the Securities Act. As part of settlement, CoinAlpha agreed to pay a civil penalty of $50,000. CoinAlpha voluntarily reimbursed all fees it collected, returned all investor money, and unwound the Fund.

Even though the Order did not mention the state blue sky securities laws, they still applied. CoinAlpha should have made notice filings in all five states where the investors were from.

This story should serve as a reminder to all other investment managers that regardless of the assets in the investment fund’s portfolio, offering of interests in a fund is an offering of securities that must comply with the federal and state blue sky laws.