Millions of online merchants participate in the "Fulfillment by Amazon" program, shipping products to Amazon warehouses where they are stored until sold.
Photographer: Simon Dawson/Bloomberg

A new California law regulating warehouse worker quotas, rest, and meal breaks at fulfillment centers and elsewhere could rely heavily on those workers for its enforcement against employers who fail to comply.

Signed by Gov. (D) in September and set to take effect Jan. 1, the law (A.B. 701) will require warehouse employers to tell their workers in writing the details of their expected production targets, or quotas. It also will prohibit supervisors from retaliating against workers or enforcing a target that prevents an employee from taking rest, meal, and bathroom breaks.

But the state’s Labor Commissioner and its occupational safety arm are strapped for resources to conduct inspections, employer-side attorneys say, leaving room for workers to use a 2004 law to sue their employers for violations on the government’s behalf.

“I would expect to see all the enforcement activity through private attorney general actions,” employment lawyer Matthew C. Kane said.

That 2004 law, formally known as the Private Attorneys General Act, “deputizes” workers to bring legal action against employers to compel compliance with labor laws. It’s become a key tool for enforcing labor laws when California’s Labor and Workforce Development Agency is unable to handle the volume of claims. A business group-backed report published earlier this year found that between 2016 and 2018, only 30 out of 9,000 PAGA notices were pursued by the agency.

It’s relatively easy for employees to file such claims, and the practice has sparked fierce opposition from the business community both in California and in other states that have tried to pass similar statutes.

How A.B. 701 interacts with it will dictate enforcement and could set the stage for other state legislatures trying to rein in large employers, said Kane, a partner with Baker & Hostetler LLP in Los Angeles.

“There’s a section in this statute that clearly contemplates worker actions brought under PAGA,” Slowik said.

California’s Occupational Safety and Health Administration, or Cal/OSHA, is largely responsible for enforcing the state’s worker safety laws, but the agency has been chronically understaffed for years. Its enforcement of state health-and-safety regulations has been “minimal to non-existent” due to a lack of inspectors, according to a Feb. 25 state Senate subcomittee agenda.

Cal/OSHA “went into the pandemic in a crisis mode” due to low staffing levels, said Stephen Knight, executive director of the worker advocacy organization Worksafe. “That’s only gotten worse.”

Last January, the agency had 198 certified safety and health officials. As of last August, the number had dropped to 192, Knight said.

Asked how Cal/OSHA will handle its new responsibilities, an agency representative said via email, “We will work with our department to determine the best way to meet the requirements of the new legislation.” 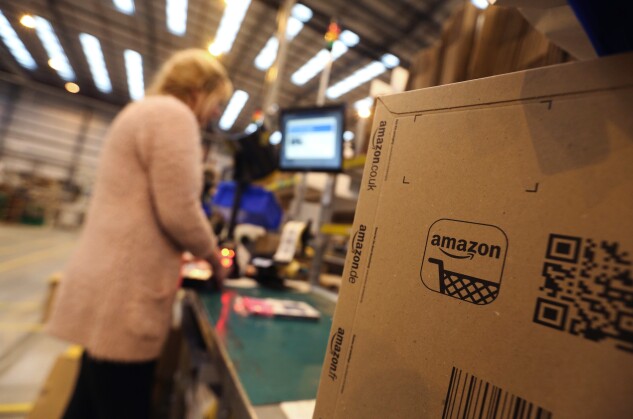 Those who support the new warehouse law say it will do little to increase those PAGA claims.

Workers would be able to sue their employers only under a very narrow set of circumstances, said Caitlin Vega, a union lobbyist who helped shepherd A.B. 701 through the legislature.

Under the new law, PAGA claims can’t be filed to enforce health and safety standards, a provision that was included to relax the California Chamber of Commerce’s opposition to the bill, Vega said. The measure also includes a right to cure, meaning workers must notify the employer and give them 30 days to resolve the problem before going to court.

“The goal is not to sue employers, the goal is to get a safer workplace,” Vega said.

“While we do expect an influx of PAGA claims after the law goes into effect, employers can also avail themselves with the opportunity to cure any violation,” she said.

The law also allows workers go directly to the labor commissioner to report unsafe quotas, and directs the commissioner to share information with Cal/OSHA and the Division of Workers Compensation to pinpoint employers with a track record of violations, Vega said.

Matt Scherer, senior policy counsel for worker privacy at the Center for Democracy and Technology, said the measure is limited in what it can require of Amazon and other companies, and leaves much of the implementation up to the labor commissioner. He is skeptical the commissioner’s office will be able to enforce the law in a way that is “ironclad enough to protect workers.”

Scherer said he hopes legislators comprehend how many businesses depend “on these absolutely grueling quotas these workers face.”

Not to be overlooked will be the burden A.B. 701 places on employers.

“I think the imposition of the obligation to have to provide written descriptions to each employee will be a huge undertaking,” Forsyth said. “The most important part of this will be providing quotas in writing.”

“As organizing has been less successful, the union turned their dollars to lobbying activity to pass legislation that would’ve been accomplished through a collective bargaining process. We’ve seen a lot of that in California for the past 10 years,” he said.

Sheheryar Y. Kaoosji, executive director of the San Bernardino County, Calif.-based Warehouse Worker Resource Center, noted that about 10% of warehouse workers in the U.S. are unionized..

“In a lot of unionized warehouses the pace of work is bargained through negotiations and if there is a speed-up it goes through a negotiation process,” he said. The new law “sets a standard and a floor basically. It doesn’t replicate what a union worker has, but provides some protection.”

“Five years ago I would’ve said this is just crazy California. There’s a handful of states that are on the California bandwagon so I would not be surprised to see more things,” he said.

To contact the reporters on this story: in Washington at fhussein@bloombergindustry.com; in Sacramento, Calif. at tstecker@bgov.com