Cattle stand inside a pen.
Sam Hodgson/Bloomberg via Getty Images

A 100,000-head cattle operation in Yuma, Arizona, is still being investigated by the Food and Drug Administration as a possible source of last spring’s 36-state outbreak of E. coli bacteria in romaine lettuce that sickened at least 210, and killed five.

Six months after that outbreak, new crops are going into the ground in Yuma, yet little has been done to protect the plantings from waste-related contaminants produced by large animal production facilities, food safety lawyers tell Bloomberg Law. Yuma is known as the nation’s “Winter Salad Bowl” because it produces more than 90 percent of all leafy winter greens in the U.S.

“Everybody takes this seriously,” Michael Taylor, co-chair of Chicago-based Stop Foodborne Illness, a public health organization, told Bloomberg Law. “The question is what we do about it, " said Taylor, a former FDA deputy commissioner and administrator at the Department of Agriculture. 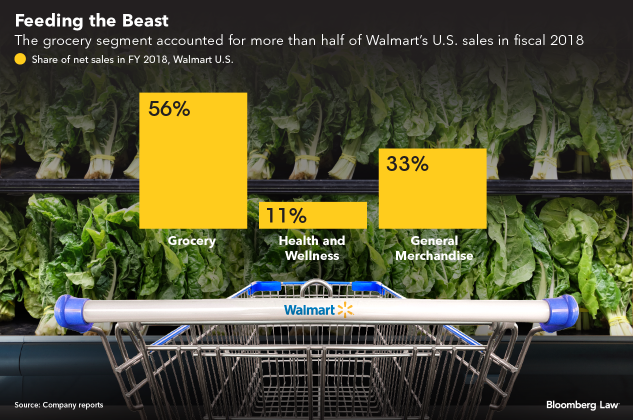 Pinnacle, an investment firm, bought the Yuma-area Concentrated Animal Feeding Operation, together with the rest of the Five Rivers Cattle Feeding operations, in January from JBS, a global food company, for $200 million.

Five Rivers, described by the companies in a joint press release as “the largest cattle feeding operation in the world,” includes 11 animal feed yards spread across Arizona, Colorado, Idaho, Kansas, Oklahoma and Texas.

Five Rivers disputes that its operations are the origin of the Yuma outbreak, citing a state-approved facility design that, it said, protects the environment from animal waste.

“In fact, we have been informed by the agencies that the outbreak strain of E. coli O157:H7 was not found in any of the samples taken from the feedlot,” Five Rivers spokesman Tom McDonald said in an Oct. 9 email.

The FDA told Bloomberg Law it’s still finishing up the investigation into the outbreak. But it also noted in an Aug. 6 preliminary report that the same strain of bacteria in the outbreak was found in the canal close to the CAFO and that there is “a clustering of romaine farms nearby.”

A CAFO’s location directly above farm land is “clearly a hazard” that must be considered by farmers, federal and local regulators, and livestock operators, said Taylor.

CAFOs like the one in Yuma can produce huge amounts of pathogen-laced manure in close proximity to crops, according to food safety lawyer William Marler, who filed personal injury suits over last April’s lettuce outbreak.

Retailers should “think seriously” about buying romaine from Yuma as a result, Marler said. “If another outbreak occurs, and a Walmart or Kroger sold romaine from Yuma that got somebody sick, I’d be asking what was done to prevent it. The answer is ‘not much.’”

It remains to be seen whether the self-imposed precautions will make any difference, or that the source of the spring outbreak will ever be determined.

In the meantime, some food retailers pinched by the Yuma incident and a series of other costly foodborne illness outbreaks have stepped-up efforts to monitor the produce they sell.

Walmart Inc., which joined other major grocers in pulling chopped Yuma-originated romaine from its shelves last spring, just announced its leafy green suppliers must use blockchain beginning next year.

Blockchain is a digital technology that offers real-time, shared traceability of products as they move through the supply chain.

Those efforts are laudable, and help trace the source of outbreaks, but do little to prevent them, the lawyers said.

Environmental testing by both the FDA and the U.S. Centers for Disease Control and Prevention “has not produced any results that we are aware of which specifically link our facility to the recent outbreak,” McDonald, the Five Rivers spokesman, said.

He also disputes whether any pathway had been established between the feed lot and the 37-mile canal that is “exposed to birds, wildlife and numerous activities.”

The FDA wouldn’t elaborate on its August preliminary report that suggested a possible CAFO link.

“We haven’t come to any conclusion yet,” FDA spokesman Peter Cassell said, noting the final report’s end-of-the-month due date.

Whether the tie-in to waste from animal operations is eventually established or not, food safety advocates and lawyers are sounding the alarm about the dangers of foodborne illness outbreaks from lettuce and other leafy greens.

“The Yuma outbreak is the perfect example but not the first we’ve seen” of the potential magnitude of such outbreaks, said plaintiff lawyer Ryan Osterholm, of Pritzker Hageman in Minneapolis.

Leafy greens have been associated with more than 3,600 illness outbreaks in the U.S. since 1995, according to CDC data.

But the problem isn’t limited to lettuce or to the virulent strain of E. coli bacteria in the Yuma outbreak, Osterholm said.

Osterholm also represents clients sickened this summer by a microscopic parasite in salads sold at McDonald’s restaurants and in packaged vegetable trays produced by Del Monte Fresh Produce. Those multistate outbreaks of cyclospora combined to sicken more than 760 people, according to the CDC.

The CDC and FDA haven’t conclusively determined the source of those outbreaks either but cyclopora, like E. coli, is an intestinal bug often spread by feces-contaminated water.

Any link between CAFO waste and the Yuma outbreak implicates the main purpose of the Food Safety Modernization Act, a federal law that shifts the focus toward preventing, rather than responding to, foodborne illness outbreaks.

Timothy Lytton, a law professor at Georgia State University College of Law in Atlanta, said more studies are needed. He also faulted the FDA for delaying implementation of an agricultural water standard that might have prevented or minimized illnesses.

That rule, originally slated to take effect in 2015, has been put off until at least 2022 for large farms and even later for smaller growers. The rule and another one governing produce safety, will for the first time apply “science-based minimum standards for the safe growing, harvesting, packing, and holding of fruits and vegetables grown for human consumption,” including testing of water for dangerous microbes, according to the FDA.

The sheer volume of waste from CAFOs, which can be greater than that produced by some U.S. cities, underscores the importance of clean water for crops.

A facility with 800,000 hogs, for example, can produce over 1.6 million tons of waste a year, according to a 2010 report by the National Association of Boards of Health.

EPA regulates CAFO manure management under the Clean Water Act, but doesn’t restrict siting of the facilities. Those decisions are typically made by local zoning boards with oversight by state environmental agencies.

“We don’t have a lot of science on the required buffer between farms and water sources, but we do know that water can carry these pathogens a long way,” Lytton said.

One example of the need for a science-based standard, Lytton said, is a test California growers adapted from an EPA recreational water safety standard after a large E. coli outbreak in spinach in 2007.

Tracking technology is increasingly being touted in the food industry as a means of tracing-back outbreaks in minutes, instead of the weeks or months now often required for federal health investigators to sift through paper records.

The system requires that growers and distributors agree to provide real-time, shared “blocks” of information that Walmart likens to railroad ties but on a food supply track.

Accountability is built-in because alteration of any block is transparent and stops any proposed changes that could impact food safety until all players in the food “train” agree to it.

Food safety lawyers who spoke with Bloomberg Law applauded the Walmart initiative, which they said could reduce both consumer illnesses and the company’s liability.

Cassell, of the FDA, said the agency doesn’t endorse any specific technology, but added that “in the Yuma outbreak, 75 percent of the records were paper or hand-written.”

As for what’s been done to prevent another outbreak in Yuma, the Arizona Leafy Greens Food Safety Committee, an arm of the association that represents the state’s lettuce growers, announced new safety practices Sept. 18.

The protocol mandates that farmers do environmental assessments, verify sanitation of harvesting equipment, and collect data to assist outbreak investigations.

It also triples the buffer zones between CAFOs and leafy greens crops from 400 feet to 1,200 feet, and promises that “more rigorous risk assessments will be in place whenever leafy greens are grown close to CAFOs.”

“The minimum buffer was set at 1,200 feet, but it can be increased based on topography” or other factors, Teressa Lopez, administrator of Arizona’s Leafy Greens Marketing Agreement, told Bloomberg Law Oct. 9.

For Taylor, of Stop Foodborne Illness, such steps reflect an onus rightly placed on farmers: “It’s incumbent on the growers to address how they can grow lettuce safely.”

To contact the reporter on this story: in Washington at ssellers@bloomberglaw.com