One attorney at that level, however, is optimistic as judges stress the need for greater diversity in plaintiffs’ leadership, and more firms are creating opportunities and support structures for female lawyers.

“I do see women represented more than a few years ago,” Kelsey L. Stokes, with Fleming Nolen Jez LLP in Houston, told Bloomberg Law. “If you’re at a firm that is not afraid to put a young attorney up as the face of their firm on the leadership spot, that really helps.”

Stokes said what’s been most most helpful in her career success is “the support from the firm, hands down.”

Getting litigation experience and mentoring are very important at the nine-attorney firm, said Stokes, who was sent to present a plaintiff for a deposition in a case involving the acne drug Accutane on one of her first days as an attorney in 2012.

“Before my first deposition, I thought ‘I don’t know what I’m doing,’” Stokes said. “But you figure it out, and if you have fear and then you overcome it, that’s how you build confidence.” 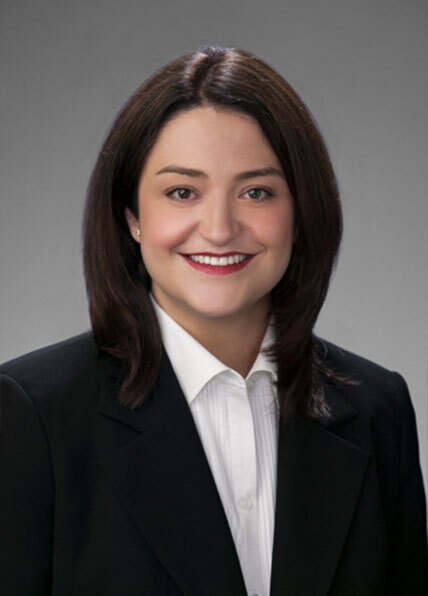 Several years working on pelvic mesh suits followed. As that litigation wound down, the hernia mesh litigation started heating up, she said.

Because of her previous work, managing partner George Fleming asked Stokes to take charge of the firm’s hernia mesh litigation and encouraged her to seek a spot on the plaintiffs’ steering committee in the Atrium Medical Corp. hernia mesh MDL.

Stokes made it her goal to know the scientific and legal issues of hernia mesh litigation inside and out.

After Stokes told Fleming she thought the Bard cases should be combined in an MDL, he next encouraged her to seek appointment as lead counsel—the top plaintiffs’ leadership spot.

About 80 federal court cases were pending at the time, she said. To help make that lead job happen, she and the firm hosted meetings for other plaintiffs’ lawyers with mesh cases, presenting their work on the Bard litigation.

Stokes argued the motion seeking consolidation in Southern Ohio to the U.S. Judicial Panel on Multidistrict Litigation. None of the plaintiffs’ lawyers opposed that venue—unusual for an MDL, in which attorneys typically lobby for different locations.

The panel ultimately assigned the case to Judge Edmund A. Sargus Jr. of the U.S. District Court for the Southern District of Ohio. In 2018, Sargus appointed Stokes and Timothy O’Brien of Levin Papantonio PA in Pensacola, Fla., as interim co-lead counsel, a designation the court later finalized.

Stokes said she and O’Brien have divided the management responsibilities, and they communicate regularly with attorneys responsible for specific aspects of the case, such as discovery.

“I wanted to make sure I was a good co-lead, not just a good female co-lead,” she said. “That was my goal, and I don’t think anybody sees me as a female first, they just see me as a good lawyer and that’s my goal.”

The first test trial, initially set for late September, was pushed back to January 2021 because of the Covid-19 pandemic.

“If it weren’t for Covid, we would have been in the middle of our third bellwether trial,” Stokes said. But, “even with Covid, I still think it’s going to be a really efficiently run and fast MDL.”

“Kelsey is a ‘believer’ in what we’re doing, but a lot of ‘believers’ are nothing more than a lot of talk, a lot of venting, who spend all their time trying to rile others up to do the work that needs to be done,” O’Brien told Bloomberg Law. “Not so with Kelsey. She works incredibly hard doing the deep, substantive work while still pumping up the troops and organizing all of the kajillion tasks that need to be done—on time—to run a project with nearly 10,000 plaintiffs on file.”

“She has a limitless future in mass torts,” he said.

Stokes, who double-majored in actuarial math and economics at the University of Texas at Austin, had planned to teach high school math before she was attracted to law. She received her law degree from the University of Houston Law Center in 2012.

But “law and math are not that far apart, really,” she said. “I like proofs, you start at one place and you follow logical rules to get to the end result. Math is a bit rigid. The beauty of legal work is you have gray to work with.”

After she retires from law, Stokes said, she hopes to teach high school math in an underserved community.

Between her first and second years of law school, Stokes worked as a summer associate at Coats Rose PC in Houston. She started working at Fleming Nolen Jez as a law clerk in 2010 and was hired an attorney after she was licensed in 2012.

In the meantime, she recognizes that plaintiff-side leadership racial diversity gains haven’t matched those of female attorneys.

It’s “unfortunately probably a fair observation” that there are fewer lawyers of color making gains in leadership appointments, Stokes said.

To any attorneys looking to break into leadership positions, Stokes offers a final piece of advice that has served her well.

“Get to know the case and show your value,” she said. “There is an element of networking and whatnot, but ultimately if you show that you have something to offer the team, then I think that’s going to be your best shot to getting a leadership spot.”