had trouble recruiting women until it asked why the prospect of joining the firm was turning them away, co-founder said at Saudi Arabia’s flagship investment conference.

“Like many people in finance, we were having a lot of trouble hiring women, it was a male-dominated business and we made a decision to change that in 2015,” Schwarzman said during the opening panel of the Future Investment Initiative, or FII.

“We analyzed it and what we realized is that women weren’t applying to Blackstone. We tried to find out why and we found out that they were scared of us. I don’t think I’m very scary.”

Fellow panelist was quick to jump in and say that what’s scary is to be “the only woman always surrounded by men.” The Banco Santander SA chairman was the only woman on the eight-person panel, although the conference was opened by female speakers.

In the years since, Blackstone has made a push to tweak its culture and has seen the proportion of women in its hiring cohorts rise to 50% from 10% in 2015, Schwarzman said. 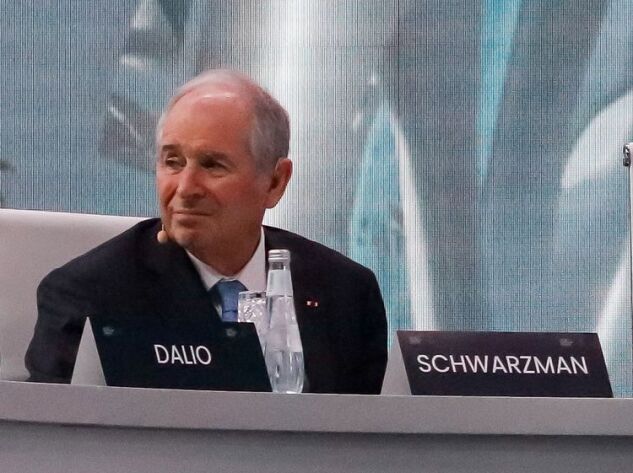 Stephen Schwarzman during the opening panel of the FII on Oct. 26.
Photographer: Tasneem Alsultan/Bloomberg

“These things are really possible,” Schwarzman told the audience. “But you have to identify what the blockage is and go out and address it.”

The private-equity industry, which has long prided itself on an aggressive work-till-you-drop culture, has been trying to boost diversity and work-life balance. Carlyle Group Inc. is awarding a total of to more than 50 executives and other employees globally who are excelling at goals tied to inclusion.

Some leaders at KKR & Co. gave their junior staff in November and December last year as executives fretted about burnout after a relentless period for deals.

Blackstone attempted to tackle its shortfall of female applicants by speaking to university students and offering them the chance to experience working at the firm.

“We adapt the culture,” Schwarzman said. “The culture was the same, the difference was that people didn’t understand what the culture was, so we brought sophomores down and what happened was they had a great time and we went back again and we kept recruiting all through it.”

(Updates with details of private equity industry’s image in seventh and eighth paragraphs.)

To contact the reporter on this story:
in Frankfurt at ncomfort1@bloomberg.net