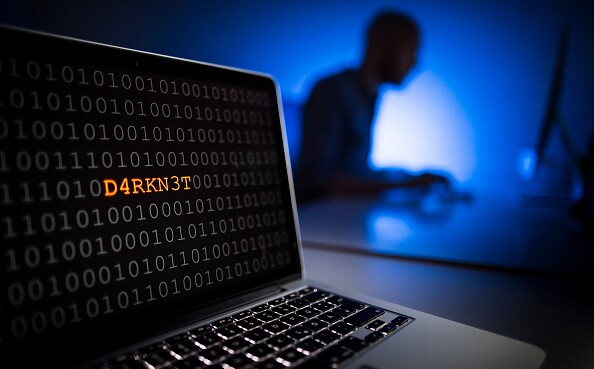 Darknet illustration shows a closeup of a laptop with binary code. In the background, a man sits on a computer on January 13, 2017 in Berlin.
Florian Gaertner/Photothek via Getty Images

Data breach litigation will change when the new California privacy law takes effect in 2020. It could be a game-changer for non-California class members as well, and Bryan Cave’s Jena Valdetero predicts some companies will decide not to publicly report breaches if they think doing so will cost them millions of dollars in litigation. She offers mitigation tips to take now.

Four to six percent. That’s the likelihood of being sued in a federal class action lawsuit after a company experiences a publicly reported data breach.

While this relatively low statistic should provide some comfort for organizations that fall victim to a breach, the chances of being sued dramatically increase if your company is a well-known, consumer-facing business. This is one area where brand recognition really can hurt—the more that people recognize your name, the more likely they are to sue you.

But being sued does not automatically result in multi-million dollar judgments.

In other words, how can you establish that the line of credit opened in your name by an unknown scoundrel was the direct result of a particular breach when you were notified of multiple large and highly public breaches? You often cannot. However, that is about to change with the recent passage of the California Consumer Privacy Act (CCPA).

The act has a safe harbor of sorts to recovering statutory damages. It requires 30 days’ written notice and an opportunity to cure the violations in that time period before an action may be initiated. As a practical matter, it is difficult to say what would constitute a “cure” of a breach.

The CCPA requires the breach to have occurred “as a result of the business’s violation of the duty to implement and maintain reasonable security procedures and practices.” Depending on the nature of the breach and the readiness of the organization, 30 days may not be a sufficient cure period, and you better believe that plaintiffs will argue that any alleged cure was not sufficient and/or was not actually implemented.

The net result is that businesses subject to the CCPA (i.e., with annual gross revenue of more than $25 million and/or data sellers) who report a breach involving California residents’ data can expect to receive cure demands and be sued in a class action in California.

But the CCPA is likely to be a game-changer for the non-California class members as well. A class lawyer will almost certainly not limit the class to California and will seek to represent a nationwide class under the same legal theories they have pursued for years with mixed results, e.g., negligence (still the most predominate legal theory utilized), breach of contract, or consumer fraud.

Because it is difficult to argue that a breach occurred notwithstanding a company’s top notch data security practices, there will often be a question of fact about whether the company breached its duty to maintain reasonable security procedures and practices.

Most companies facing high defense costs and a battle of expert witnesses may feel the best course of action is to settle. The lowered bar to recovery under the CCPA will provide incentive to settle with the California subclass, and any class certified for settlement will almost certainly need to include relief for the nationwide members as well.

The primary impact will likely only be on how much the organization agrees to pay the non-California class member, not whether to settle with the nationwide class. This could add up to big dollars, and we are likely to see some companies decide not to publicly report breaches despite their legal obligation to do so if they think reporting will cost them millions of dollars in litigation.

If you are reaching for a bottle of Xanax right now, rest assured it’s not hopeless. Businesses can do a lot to mitigate their exposure before a breach occurs:

The old adage holds true: An ounce of prevention is worth a pound of cure. Getting ready now will help create the best defense later.

Jena Valdetero is a partner with Bryan Cave Leighton Paisner LLP in Chicago. She heads up the firm’s data breach response team, where she helps her clients assess their cyber security risks, prepare for a data breach, and respond to security incidents.