is well aware of the societal and mental-health risks posed by its platforms, but wants lawmakers to think the problems are too difficult to fix, according to a company whistle-blower.

Frances Haugen, 37, a former product manager at Facebook, testified Tuesday before a panel of the Senate Commerce Committee, describing research she said showed the company prioritized profit while stoking division, undermining democracy and harming the mental-health of its youngest users. Haugen shared Facebook’s internal studies with the Securities and Exchange Commission as well as the Wall Street Journal.

“I saw Facebook repeatedly encounter conflicts between its own profits and our safety,” Haugen said. “Facebook consistently resolved those conflicts in favor of its own profits. The result has been more division, more harm, more lies, more threats, and more combat.” 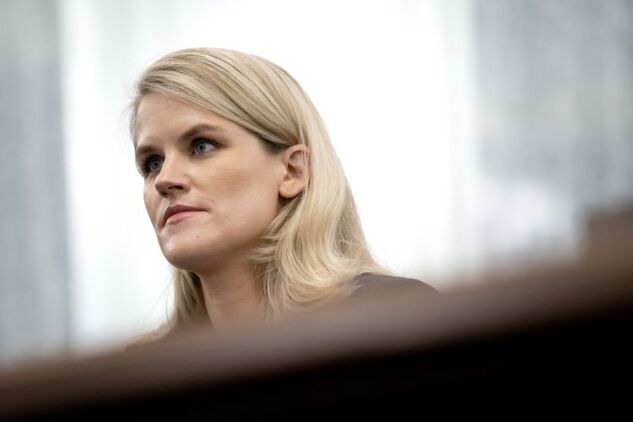 The hearing provided a more complete picture of Facebook’s future vulnerabilities as Congress and regulators increase scrutiny of the company. Haugen said she is “speaking to other parts of Congress” about Facebook posing a national security risk as senators called for new regulations on the social media company and urged government investigations over potential securities fraud and deceptive practices against consumers.

Haugen described her work on the social media company’s civic misinformation team and her increasing disillusion with its willingness to address the problems identified by employees. She urged Congress to think outside “previous regulatory frames” and focus on requiring greater transparency from the social media platforms that influence public discourse.

Senator , the chairman of the subcommittee holding the hearing, described the Menlo Park, California-based company as “morally bankrupt” and said the impact of its platforms will “haunt a generation.” He sharply criticized Facebook Chief Executive Officer for not taking responsibility for the harm his company caused and said Zuckerberg needs to appear before the committee.

“Facebook knows its products can be addictive and toxic for children,” Blumenthal said. “They value their profit more than the pain they caused children and families.”

Senator of Tennessee, the subcommittee’s top Republican, sought to identify discrepancies between Haugen’s testimony and that of Antigone Davis, Facebook’s global head of safety, who before the same Senate panel last week. Blackburn highlighted the risks for children and the way human traffickers are able to use Facebook’s platforms.

“Big tech companies have gotten away with abusing consumers for too long,” Blackburn said.

After the hearing, Facebook said Haugen never attended a decision-making meeting with Facebook’s highest-level executives and frequently told lawmakers that she didn’t work on the matters they asked about. The company’s statement Tuesday didn’t address the internal documents Haugen made public.

“We don’t agree with her characterization of the many issues she testified about,” Lena Pietsch, Facebook’s policy communications director, said in a statement. “We agree on one thing. It’s time to begin to create standard rules for the internet.”

The hearing came the day after Facebook and its photo-sharing platform Instagram and messaging service WhatsApp experienced rare , and two days after Haugen revealed her identity in an interview with CBS’s “60 Minutes.” After falling 4.9% Monday, the company’s shares rose Tuesday as much as 2.6% as Haugen testified.

There are several proposals for legislation that would address the kinds of harms revealed in the Facebook documents disclosed by Haugen. Lawmakers are considering bills to increase transparency in social media algorithms, change liability protections for online platforms, strengthen privacy protections and even break up the biggest tech companies.

While there is bipartisan outrage about Facebook’s alleged abuses, there has been little movement on legislation to tighten tech regulations. Several senators touted their own proposals and asked Haugen’s opinion on how to best address the problems her trove of documents revealed.

Haugen repeatedly warned that “engagement-based ranking” -- serving users content that is more likely to elicit a reaction -- is the reason why some of the most harmful posts reach more people. She said Congress should focus on legislation to hold companies accountable for how their own systems, driven by algorithms, spread that information.

“They have 100% control over algorithms,” she said. “Facebook should not get a free pass for that.”

A better model for displaying content would be chronological ranking “with a little bit of spam demotion,” Haugen said, with more decisions made by humans and fewer by computers.

Many of the senator questions focused on the impact of Facebook’s platforms on young people, including the company’s last week that it would pause work on an Instagram product designed for children. While it wasn’t Haugen’s area of expertise at the company, she said the documents she shared with Congress showed that Facebook has identified youth as a necessary growth opportunity as engagement lags in that demographic, and she would be surprised if the company scrapped Instagram Kids altogether.

“They have to make sure that the next generation is just as engaged with Instagram as the current one and the way they’ll do that is by making sure that children establish habits before they have good self-regulation,” she said.

Senator , a Massachusetts Democrat, told reporters that he thinks the committee should issue a bipartisan subpoena for more Facebook documents for Congress to build on the allegations shared in the hearing.

“Here’s my message for Mark Zuckerberg: your time of invading privacy, promoting toxic content and preying on children and teens is over,” Markey said. “Congress will be taking action. You can work with us or not work with us, but we will not allow your company to harm our children and our families and our democracies any longer.”