A Republican lawmaker wants to establish a federal office to advance new aviation technology as concerns grow over outdated US systems, underscored by a major systems failure this week.

The Federal Aviation Administration would set up an Office of Advanced Aviation to approve and integrate new technologies under legislation Rep. Jeff Van Drew (R-N.J.) is proposing. The agency has struggled to keep its air traffic control systems up to date while also dealing with new developments, such as flying taxis and 5G signals that can interfere with plane communications.

Van Drew said the introduction of his bill this week was “unfortunately really good timing when you see what happened with the recent air traffic control just complete breakdown.”

“Congress obviously needs to act on this. The FAA can’t fix itself from the inside,” he added.

The legislation, one of the first transportation bills introduced in the new Congress, highlights lawmakers’ focus on better preparing the agency for the future as part of major aviation legislation this year. 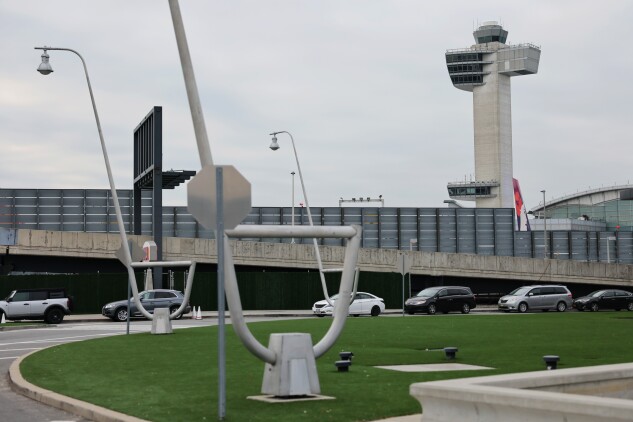 Van Drew wants to attach his proposal to the FAA reauthorization bill, which Congress must act on by Sept. 30. Senate and House panels held hearings in the last Congress focused on advanced aviation technology.

As more companies develop novel aircraft, Republican lawmakers have scrutinized the FAA’s ability to handle its current technology and workload — a concern heightened by the system failure that led to a ground stop delaying thousands of flights early Wednesday.

Unspecified “personnel” didn’t follow government procedures and a computer file was damaged, triggering the outage of the system that sends safety notices to pilots, the FAA said in a statement late Thursday on its preliminary findings.

“The system is functioning properly and cancellations today were below 1%,” the agency said.

Van Drew said his proposal would change how offices within the FAA interact by creating a role for an official to oversee all advanced aviation in a “horizontal” way, allowing more oversight and communication to help move forward new and modern technology.

The legislation () would restructure the FAA to redesignate the Office of NextGen as the Office of Advanced Aviation, according to the bill text obtained by Bloomberg Government. NextGen, the agency’s office charged with updating the technology used to manage air traffic, has been criticized for not keeping pace.

The new office would coordinate rules and approval on advanced aviation systems, which the bill defines as ranging from drones and supersonic aircraft to technology relating to telecommunication of planes and spectrum frequency. Van Drew said the restructuring can be done with money already allocated to the agency.

The proposal comes as companies are quickly working to develop and score regulatory approval for air taxis. The FAA late last year proposed standards for an air taxi made by Joby Aviation Inc.

The FAA has also kicked off international partnerships in an effort to keep up with technology advancements. The agency announced this week it will partner with South Korea to collaborate on the development of the new technology. The US agency has similar agreements with Japan, the UK, Canada, Australia and New Zealand.