The infiltration by foreign countries like China into election voting equipment is emerging as a growing concern among vendors, who are actually asking for more federal regulation as they grapple with a lack of domestic suppliers producing critical technologies .

Top executives of the three largest voting machine vendors—Hart InterCivic, Dominion Voting Systems and Election Systems & Software—told the House Administration Committee Thursday they are hoping for guidance and support from the Department of Homeland Security on how to secure their subcontractors.

Committee Chairwoman (D-Calif.) said the hearing marked the first time all three CEOs of the largest companies supplying voting machines in the U.S. agreed under oath that they’d welcome comprehensive regulations from the federal government. 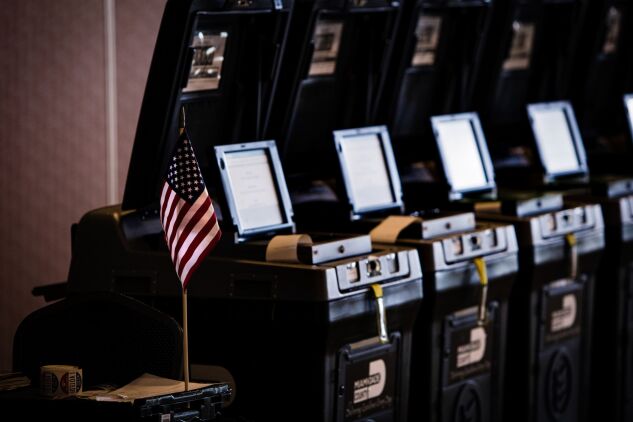 Voting machines at a polling station in Doral, Florida, on Election Day in 2018.
Scott McIntyre/Bloomberg

The executives told committee members they have no choice but to rely on components from China due to a lack of U.S.-made equivalents, a problem facing developers of other technology products including 5G telecommunications and drones.

“Do you see why that concerns all of us up here?” ranking member (R-Ill.) asked.

“Absolutely,” the panelists from the three manufacturers answered in near unison.

Still, it would take a “sea change” in the way global technology supply chains work for the U.S. to produce the parts, Julie Mathis of Hart InterCivic said.

Dominion CEO John Poulos also said he was looking for supply-chain guidance to be written into new voluntary standards for voting machines being developed by the U.S. Election Assistance Commission. Those standards should be released in the coming months, an EAC commissioner also testified.

The DHS in 2018 initiated a supply-chain task force of government officials and private industry to form recommendations and best practices for technology and telecom industries.

Supply-chain practices were one of five issues for which executives told Lofgren they’d welcome new federal reporting requirements, along with cybersecurity practices, cyberattacks, personnel security, and corporate ownership. Lofgren said her bill that addressed these issues had stalled in the Senate after the House passed it last year.

To contact the reporter on this story: in Washington at mross@bgov.com