Runaway demand for ventilators has laid bare a grim reality for physicians who need them to treat critically ill patients: The U.S. doesn’t just have a shortage of ventilators; it doesn’t have enough parts needed to produce more.

That could make it difficult for automakers to fulfill President ’s wish that they manufacture the life-saving devices. It’s also beginning to limit companies that specialize in making ventilators, which say their own factories can ramp up production but need suppliers across the globe to send more circuit boards, tubes and other parts.

Dutch company on Monday it wants to double its ventilator output in the next eight weeks. The company recently had to step in to help one supplier in the Philippines get approval to remain open and make a sensor for its ventilators, despite the rest of the country being on lockdown. 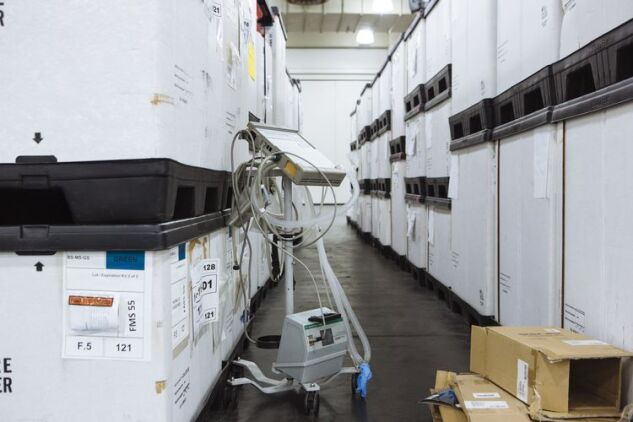 “Even if you have a production line, you are still a long way off; it is all about getting all those components on time,” said Philips Chief Executive Officer .

added a second shift at its ventilator factory in Palm Springs, California, but says its main limitation will be suppliers’ ability to deliver the circuit boards and other electronic components that go into the breathing machines, said Cheston Turbyfill, a company spokesman. Vyaire gets those parts from China and Malaysia and is trying to find additional suppliers.

Ventilators are complex medical devices that pump air and oxygen into the lungs and remove carbon dioxide, assisting patients whose lungs otherwise can’t perform the job. The most critically ill coronavirus patients develop severe pneumonia, which can make the devices necessary.

Hospitals in hard-hit countries such as Italy and Spain don’t have as many ventilators as they need. Some doctors say they’ve had to choose which patients to save with limited devices.

Ventilator makers said that, until recently, most of their production was going to the most severely hit countries rather than to the U.S. But many hospitals think it’s just a matter of time before much of the U.S. is in desperate need of ventilators. Already, hospitals in New York City say they’re at the tipping point.

On Tuesday, the Trump administration the Defense Production Act, a Korean War-era law that allows the president to force businesses to promote the national defense, to order the production of coronavirus test kits and masks. A spokesman for the had no immediate comment about whether the authority would be applied to other urgently needed medical supplies, such as ventilators or ventilator parts.

Vice President told Fox News on Tuesday that FEMA had shipped 2,000 ventilators to New York from the federal government’s strategic stockpile and planned to send another 2,000 on Wednesday. New York Governor has said the state needs 30,000 additional machines.

Assembling ventilators isn’t simple and requires factories that meet stringent sanitary requirements and other regulations. But even before production gets to that point, the manufacturer needs to find sources of components that go into making a device.

Right now, a handful of companies scattered around the world are responsible for 80% of ventilator production, according to an analysis provided by one leading manufacturer. They include Germany’s ; Philips in the Netherlands; , incorporated in Ireland with “operational headquarters” in Minneapolis; of Sweden; Switzerland’s ; and Vyaire, which is based in Mettawa, Illinois. Of these, only Vyaire and Philips have assembly plants in the U.S., the analysis shows.

Trump on Sunday tweeted that , and have been “given the go ahead to make ventilators.” It was what Trump meant, but the car companies did say they are assessing whether their manufacturing facilities could be brought to the level required by the for making medical devices.

General Motors said last week that it’s helping , based in Bothell, Washington, ramp up production of ventilators and other equipment by lending “logistics, purchasing and manufacturing expertise.” Ford on Tuesday said it plans to build a simplified ventilator in partnership with -- but that production might not begin until “early June.”

Automakers that try to make ventilators on their own might find a shortage of necessary ventilator parts, said Mark Van Sumeren, a consultant for medical-device companies in Ann Arbor, Michigan.

“It misses a little bit of the point,” said Van Sumeren of using automakers to assemble ventilators. “I don’t think the issue is the capacity of the final manufacturing. The issue is production of components.”

, a circuit-board manufacturer in Calumet, Michigan, usually takes several weeks to deliver a new order. But last week, according to Chief Operations Officer , the company received orders for 22,000 circuit boards for ventilators and X-Ray machines that were needed within a week.

Though the U.S. had more than 2,000 printed circuit board shops like Calumet in the early 2000s, so much production has moved to Asia that now there are fewer than 200, Brassard said, and only a fraction of those are able to create boards for medical devices.

The printed circuit boards Calumet produces have to be populated, industry parlance for having the components -- mainly semiconductors -- installed onto them and connected. Chips are manufactured, packaged and tested all over the world, adding yet another logistical hurdle.

“People are realizing that there aren’t enough machines out there,” Brassard said.

(Adds shipment of ventilators to New York in 10th paragraph and names of additional manufacturers in 12th paragraph.)