A virus that is particularly lethal for people with underlying health conditions is now spreading into the unhealthiest part of the U.S.: the South.

For decades, people in the 11 states that seceded during the Civil War -- America’s poorest region -- have suffered from a scourge of obesity and hypertension, which intensify the danger of the coronavirus and the Covid-19 respiratory disease that it causes. Four of the five states with the highest diabetes rates are in the South. And eight didn’t expand Medicaid under the Affordable Care Act, leaving thousands of families without access to routine care, even as financially troubled rural hospitals wither away.

Those factors give the South a special vulnerability, as did the haphazard response from some governors as the disease began to course through the country. Without clear direction from the Trump administration, they were loath to mandate stay-at-home orders. Beaches were open in Florida, churches held services in rural Tennessee and Mardi Gras went on in Louisiana.

Now Covid-19 has infected 47 long-term care centers in Georgia, overwhelmed hospitals in New Orleans, spread into at least six Alabama nursing homes, forced the evacuation of scores of elderly residents from a Tennessee rehabilitation center and killed a country music star in Nashville.

That prediction is already playing out in Louisiana, which saw Covid-19 infections and deaths soar in New Orleans after weeks of Carnival celebrations ended last month. Of the 239 Covid-19 fatalities there, 40% had diabetes, 25% were obese and 21% had heart problems, according to state figures.

“We, in general, have a sicker population, and we are concerned that our outcomes in the Covid-19 pandemic are going to be worse because of that,” said Joseph Kanter, an assistant state health officer. 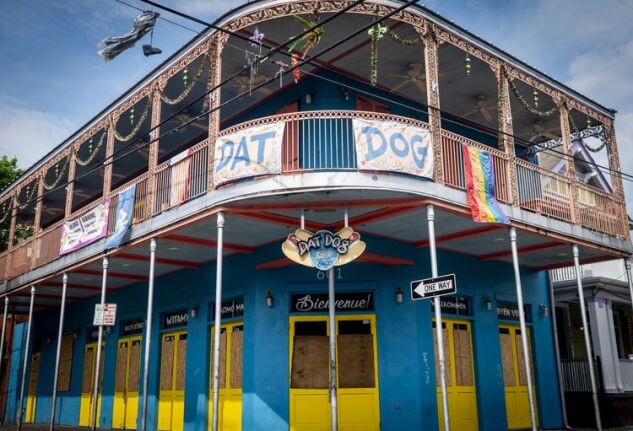 The South is the sickest part of a sick country: The U.S. is unhealthier on average than other developed nations.

Despite spending dramatically more on health care than other members of the Organization for Economic Cooperation and Development, Americans die younger. The nation spends an annual average of $9,892 per person, which is 2.5 times more than the OECD average. The U.S. has the highest obesity rate among the 36 OECD member nations, and its life expectancy is two years less than the average of 78.8.

Among American Covid-19 patients, diabetes, lung or heart disease accounted for 78% of those who developed severe respiratory infections and needed critical care, according to a U.S. Centers for Disease Control and Prevention report issued Tuesday.

Diabetics were at greatest risk, said the report, which was based on data from 7,162 early U.S. patients. Diabetes mellitus, tied to excess weight and poor fitness, is at epidemic levels in the U.S., where nearly 40% of the population is obese and another 30% overweight.

Those conditions run rampant in the South, according to the nonprofit United Health Foundation. For example, Mississippians are 85% more likely to die of cardiovascular disease than Minnesotans, and 41.9% of Arkansans have high blood pressure, compared with 24.5% in Utah, according to the organization’s America’s Health Rankings report. The region also has a large African-American population, which is disproportionately prone to the underlying conditions.

“We have a higher than usual rate of underlying, chronic conditions like diabetes, obesity, asthma and hypertension,” said L. Faye Grimsley, head of the Public Health Sciences department at Xavier University in New Orleans. “We’re at the bottom of the rankings when it comes to heart attacks, strokes, infant mortality and maternal mortality.”

With a pre-Civil War economy built on agriculture and slave labor, the 11 states that make up the historic South attracted low-wage industry for decades, including textiles, millwork and mining. After Reconstruction, most approved new constitutions and laws to disenfranchise and segregate blacks, deepening poverty; the region still has the highest rate in the U.S.

The South’s white majorities have supported Republican presidential candidates for most of the past 40 years, and state parties there recently have marched in lockstep with President Donald Trump. As the president slowly came to grasp the gravity of the crisis, the region’s nine Republican governors mirrored his response.

Only the Democratic governors of Louisiana and North Carolina had issued stay-at-home orders for their entire states until Tuesday, when Republican Greg Abbott of Texas told residents to remain behind closed doors except for essential errands. Ron DeSantis, the Republican governor of Florida, did so Wednesday after resisting such a move for weeks. So did the governor of Mississippi, Tate Reeves. Georgia’s Brian Kemp said he would issue rules Thursday. 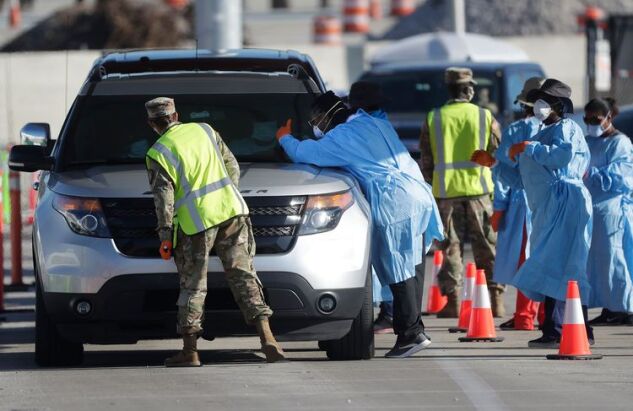 But the disease is on the loose.

Bo Dorough, mayor of Albany in south Georgia, heard of his area’s first Covid-19 case on March 11. By March 31, the city of 73,000 and the surrounding area had Georgia’s highest concentration of patients and highest number of deaths, one of the fastest outbreaks in the U.S. “We’re three weeks [in] and we already have 40 dead,” Dorough said Monday.

The disaster began with the Feb. 29 funeral of a retired janitor and a second funeral the following week. Hundreds attended, and most patients who began flooding Albany’s Phoebe Putney hospital had been at one or both. The dead all had underlying conditions, said Michael Fowler, coroner of surrounding Dougherty County. More than half were diabetic. Others had hypertension or cancer or congestive heart failure. “None of them had nothing,” he said.

By the end of March, Dougherty County alone had 455 infections and a 5% death rate among those patients. Fulton County, home of Atlanta and with a population of more than 1 million, had 547 cases and a death rate of less than 3%.

“People really need to pay attention to this, and how fast it spread, and how many people died,” Dorough said.

As the virus raged, Georgia Governor Brian Kemp ordered the medically fragile and nursing home residents to stay home, but refused to include the state at large. He closed bars and nightclubs and banned gatherings of more than 10, but still hasn’t set a blanket stay-at-home order. 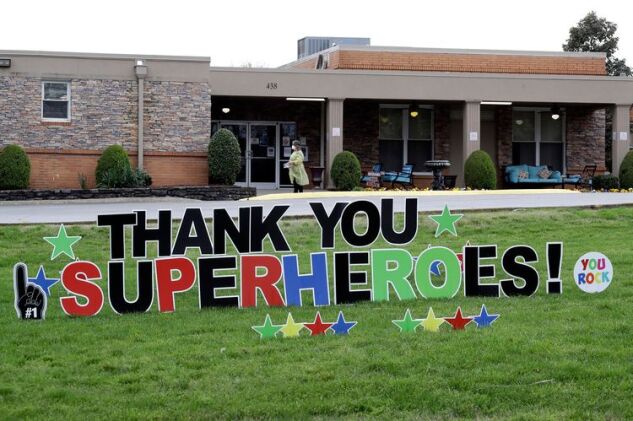 A worker in protective clothing walks into the Gallatin Center for Rehabilitation and Healing, in Gallatin, Tennessee on March 30.
Photographer: Mark Humphrey/AP via Shutterstock

Alabama Governor Kay Ivey, whose state sits across the Chattahoochee River, scoffed at a lockdown, even as the virus showed up in nursing homes. “Y’all, we are not Louisiana, we are not New York state, we are not California,” she said March 26, according to the Montgomery Advertiser. Four days later, she released a video urging -- but not ordering -- people to stay home.

In Tennessee, Milstone, the pulmonologist, led a petition drive of physicians to persuade Republican Governor Bill Lee to issue a stay-at-home mandate. He got nowhere. Milstone said on television that only the death of a country-music star would move Lee.

Last weekend, in quick succession, the state lost honky-tonk singer Joe Diffie and witnessed the dramatic evacuation of a nursing home in Gallatin, about 30 minutes from Nashville. The latter required a phalanx of ambulances from three counties and -- the next day -- 20 members of the state National Guard, who tested those left behind. By Monday, more than 100 residents and staff had tested positive for the virus.

That day, Lee recommended that Tennessee residents shelter at home. He didn’t order it.

To contact the authors of this story:
in Atlanta at mnewkirk@bloomberg.net

in New York at mcortez@bloomberg.net