Convicted “Pharma Bro” was sued by federal officials and the state of New York for allegedly violating antitrust law when he jacked up the price of a crucial drug by 4,000% overnight in 2015.

The lawsuit was filed Monday in federal court in Manhattan by the Federal Trade Commission and New York Attorney General . The complaint names Vyera Pharmaceuticals LLC, formerly known as Turing Pharmaceuticals, along with co-owners Shkreli and .

The allegations are separate from what landed Shkreli behind bars, though the drug at the center of the case is the same. He’s in prison serving a seven-year sentence for defrauding investors in hedge funds he ran by lying to them about his track record and performance as well as a fraud scheme involving Retrophin Inc., a company he founded in 2011. 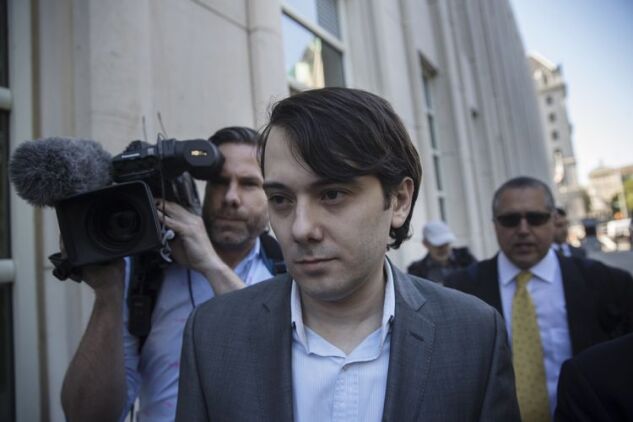 Shkreli, who was ousted from Retrophin in 2014, started Turing Pharmaceuticals the following year. While operating the biopharmaceutical business Shkreli acquired a drug called Daraprim, a once-affordable anti-infective for a sometimes-deadly parasitic infection. The FTC and New York claim he then raised the price and used a complex web of contractual restrictions to block generic versions.

The defendants “acquired the U.S. rights to Daraprim from the only existing supplier and immediately raised the price from $17.50 to $750 per tablet,” according to the complaint. “This massive price hike delivered immediate benefits to defendants.”

“We won’t allow ‘Pharma Bros’ to manipulate the market and line their pockets at the expense of vulnerable patients,” James said in a statement.

“Mr. Shkreli looks forward to defeating this baseless and unprecedented attempt by the FTC to sue an individual for monopolizing a market,” Shkreli’s lawyer said in a statement.

Shkreli, who taught himself biology, and his company Turing Pharmaceuticals were among those included in a 2016 U.S. Senate committee report that called for the government to stop a “monopoly business model” used by some drugmakers to raise prices on certain medications.

In Washington, the infamously sarcastic Shkreli has remained the face of increasingly high drug costs. President has called the former hedge-fund-manager-turned-drug-executive a “spoiled brat,” while the presidential campaign of Vermont Senator has called him a “poster boy for drug company greed.”

Shkreli is scheduled to be released from prison in September 2023, according to the U.S. Bureau of Prisons. He’s being held in a facility in Allenwood, Pennsylvania.