More than half of women ages 15 to 49 who use a common arthritis drug risk losing access under restrictive state abortion laws, according to a new study based on nationwide health-care data.

The analysis, published Saturday in the Arthritis & Rheumatology Journal, found that the largest portion of female methotrexate users of reproductive age reside in states like Kentucky, Florida, and others where abortion is banned or only allowed under limited exceptions.

Methotrexate is FDA-approved to treat joint inflammation and improve mobility among patients with inflammatory arthritis, lupus, psoriasis, and other conditions. Some states consider it abortion-inducing because of its risk of miscarriage in pregnant individuals and use in gynecology to treat ectopic pregnancies.

The study from cloud-based health-care data firm OM1 marks an initial attempt to quantify how many patients are impacted by state abortion laws that have left physicians and pharmacists hesitant to prescribe and fill prescriptions for treatments with pregnancy loss risks.

Since the US Supreme Court’s decision to overturn the landmark ruling in Roe v. Wade, health-care and patient groups have been collecting experiences from methotrexate users who’ve had difficulties accessing the drug.

The Arthritis Foundation said in an email that as of Nov. 1, it has collected 524 responses from patients across the country, with 16 indicating that they’ve had trouble getting their medication since the decision in Dobbs v. Jackson Women’s Health Organization. All 16 responses came from patients in states with abortion restrictions or bans, including Arizona, Idaho, Missouri, South Carolina, Utah, Tennessee and Texas, the foundation said.

“In the short interval since the ruling, there has been a wide fluctuation in the state-by-state legal status of abortion, which could generate confusion among healthcare providers and potentially affect the accessibility of vital medications for patients with rheumatologic conditions,” wrote Kazuki Yoshida, the study’s corresponding author and OM1’s director of rheumatology and principal epidemiologist. 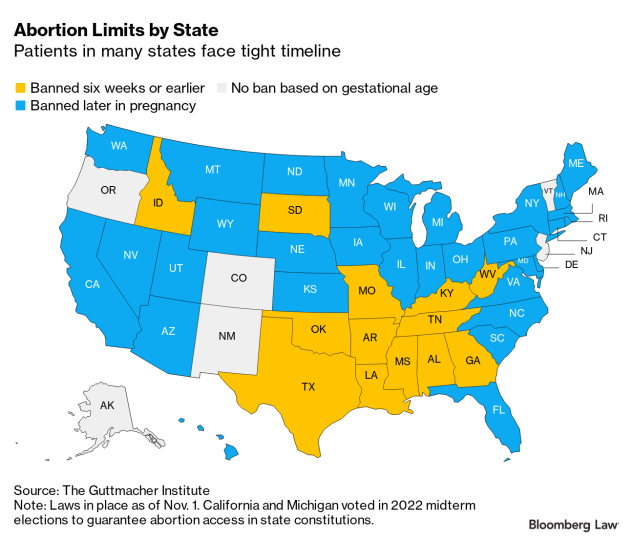 The OM1 analysis, based on a nationwide network of data from health-care claims and electronic medical records, found that nearly 140,000 patients used methotrexate in the period from March 2020 through February 2022. Of those patients, roughly 82% used the drug for the management of chronic rheumatologic and other autoimmune conditions, with the most common being rheumatoid arthritis.

Yoshida said in an interview that while the study demonstrates the wide reach of people who rely on methotrexate, his team is in discussion on how to quantify and measure disruptions to care post-Roe.

There’s a potential to see how use of methotrexate “is different or not different over time, potentially at the state-by-state level,” he said.

Potential avenues for additional research include the number prescriptions for methotrexate since the Supreme Court’s ruling, as well as any gaps in time between when a prescription is written and when it’s ultimately filled at a pharmacy, Kathryn Starzyk, vice president of real-world evidence at OM1 and a co-author on the study, said.

Accessing clinical data will also help in measuring whether patients are doing worse due to delays in access, she said.

“Being able to access both the clinical data as well as things like medical claims and pharmacy claims would allow us to actually see, are patient trajectories being affected by this issue?”

The groups also noted reports of pharmacies implementing “policies requiring pharmacists to reject prescriptions unless new, burdensome administrative processes are met, such as confirming a female patient’s diagnosis with the prescriber for every potential abortifacient regardless of whether the medication has multiple uses.”

The Department of Health and Human Services says pharmacists who refuse to fill methotrexate for inflammatory arthritis patients may be violating federal anti-sex discrimination laws.

“Methotrexate oral and subcutaneous prescriptions in doses typical for rheumatology patients should be filled without delay and with the assumption that they are not being used to terminate a pregnancy,” the group said at the time, noting that methotrexate is typically given in “significantly higher doses” when used to terminate ectopic pregnancies.