The FDA’s attorney under the Trump administration will join Morrison & Foerster LLP to co-lead the firm’s FDA regulatory and compliance practice.

Stacy Cline Amin served as chief counsel for the Food and Drug Administration and deputy chief counsel for the Department of Health and Human Services from September 2018 until this past January. She will be based in MoFo’s Washington office as a partner in the life sciences and health-care practice. She will serve as co-lead with Bethany Hills. 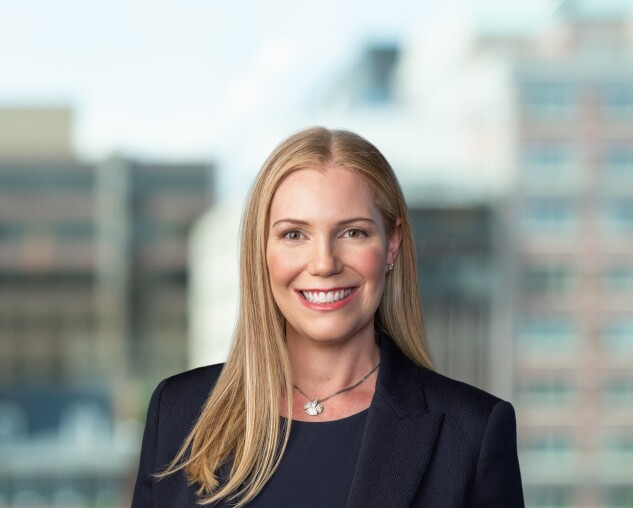 After a decade in government service, Amin said she wasn’t initially committed to returning to law firm life, where she had spent time earlier in her legal career with Sullivan & Cromwell LLP and Caplin & Drysdale. But she was drawn to MoFo’s “unparalleled expertise” at the intersection of health, life sciences, and technology, a Washington office with other former public servants, and the firm’s commitment to diversity and inclusion as well as its promotion and leadership of women.

“I wasn’t completely set on any particular path,” she said in an interview. “I was being really thoughtful about what I wanted the next step to be, and where I thought my skills and expertise would be best put to use. But it was just really obvious as soon as I started talking to Morrison & Foerster that it was just an incredible fit.”

MoFo Chair Larren M. Nashelsky praised Amin’s work to shield the FDA’s scientists from political pressure by the Trump administration in the months leading to the Covid-19 vaccines’ emergency use authorizations.

“She played a key role in establishing the guidelines the FDA followed to ensure scientists could conduct independent, science-based reviews of the safety and efficacy of COVID-19 vaccines, and in managing the exceptionally complex legal issues in the face of this unprecedented global pandemic,” Nashelsky said.

The commissioner and other senior leaders sought to protect the agency from political pressure so the career scientists “could just do their work,” Amin said.

“The agency’s goal during that time was to ensure the health and safety of the American people,” she said. “I’m very proud of the work that we did during the pandemic during my tenure, and we really just did the best that we could with the information that we had.”

Amin steered the FDA’s legal advice over major policy initiatives including the agency’s authority to regulate e-cigarettes and address the opioid crisis. She also defended the agency’s authority—which the Trump administration revoked—to ensure the accuracy of laboratory-developed Covid-19 tests.

Prior to joining the FDA, Amin advised the White House on HHS-related legal matters and served as a law clerk at the U.S. Court of Appeals for the Eighth Circuit. But it was her legal counsel posts on Capitol Hill that developed her strong interest in public health and public safety. One of her first investigations as a Senate staffer was the 2012 fungal meningitis outbreak out of a New England compounding facility that led to 64 deaths and nearly 800 cases in 20 states.

“I was really deep in the weeds of that investigation. I was very deeply impacted by the importance of the role of the regulator through that oversight work in particular, as well as the importance of Congress and their role in working to really solve a problem, rather than just shine a light on it,” Amin said. Investigators discovered that unsanitary conditions in the manufacturing process allowed the fungus to grow.

That experience also built her commitment to bipartisanship and consensus building, which Amin said she took with her through her political and career appointments in the government.

Former FDA Commissioner , who led the agency when she joined it, had praised Amin’s time as chief counsel as a “distinguished run.”

Stacy Amin, who left FDA today, joined us in 2018 as Chief Counsel and had a distinguished run, advancing policies that reduced child tobacco use, promoted innovation, advanced food safety modernization, and secured oversight of compounded drugs, among many notable achievements.

As FDA chief counsel, Amin oversaw an office of 165 lawyers and support staff. Mark Raza, who took over as acting chief counsel when Amin left, said he initially questioned her decision early in the pandemic to beef up the number of attorneys on the Covid-19 response team, based on his previous emergency preparedness and response efforts such as during the 2009 influenza pandemic.

The enhanced legal team handled more than 8,000 requests for review or advice and often worked around the clock to expedite guidance documents and other policy decisions.

“She understood what was at stake, and that we needed additional lawyers on the team and a structure that would enable us to effectively handle nonstop emergencies over the long haul,” Raza said.

Looking ahead, the former FDA chief counsel said she expects the Covid-19 pandemic to hang over the regulatory landscape for some time as makers of new medical products continue to apply for emergency use authorization and companies with EUAs transition to full approvals.

“I’ve had conversations with some people in the last few months that kind of think Covid-19 was a 2020 thing, and that the work will kind of start to diminish, but I disagree with that,” she said. “Covid-19 is going to continue to dominate for FDA.” But there are other regulatory and enforcement areas that will be a focus for the agency, she added.

Those other areas include the use of real-world evidence and clinical trial innovation, which has been a big priority of acting FDA Commissioner Janet Woodcock. Cellular and gene therapy products will also be a huge focus for the agency because there are more than 900 cell and gene therapy products in the pipelines and the FDA lifted its enforcement discretion on stem cell clinics selling unproven therapies.

There are also many questions about the FDA’s authority over laboratory-developed tests that need to be sorted out as well as digital health and animal biotech, she said.

, global head of the firm’s Life Sciences Practice Group, said those issues are really critical to many of MoFo’s clients as well. “We see just tremendous synergies with Stacy’s addition to our team. We’re just absolutely thrilled to welcome her to the firm.”