A researcher performs tests inside the Tessa Therapeutics Pte. and Institute of Molecular and Cell Biology lab in Singapore, on Feb. 23, 2017.
Photographer: Nicky Loh/Bloomberg

Clinical trial costs are rising, too many cancer research applications are going unfunded, and the White House proposed no new money for the National Cancer Institute despite its plan to cut the disease’s death rate in half.

Yet Ned Sharpless remains optimistic about the prospects for the institute he’s led for nearly five years and its role in President Joe Biden’s Cancer Moonshot 2.0.

“There will be significant investment in the NCI as part of the president’s priorities in the future,” Sharpless said in an interview. “Any mission to end cancer as we know it is going to involve the kind of basic biological investigation and translational research that the NCI does well.”

Sharpless will step down effective April 29 as director of the institute he’s run since October 2017, apart from a seven-month stint in 2019 as acting commissioner of the Food and Drug Administration. His decision to leave invoked mixed emotions but no regrets.

“This is a congenial time to leave government if I don’t feel like I’m necessarily the right person to carry the water for these initiatives over the next few years,” Sharpless said. “I very much believe in what this president, this administration, is trying to do for cancer research,” he said.

Still, “there’s a kind of calendar to working in federal service and timing related to elections and what not.” 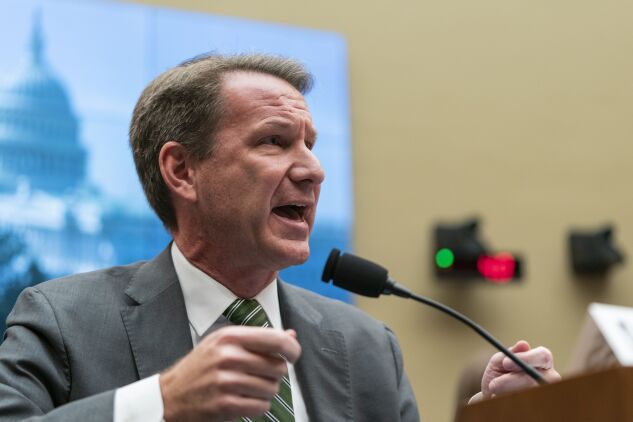 The NCI is the largest of the National Institutes of Health’s 27 institutes and centers, with $6.9 billion in funding. It’s the only institute head whom the president must appoint. A senior administration official has said that the NCI would be “central” to Biden’s reignited moonshot initiative.

Cancer groups were disappointed when Biden’s 2023 budget request left the NCI with a $199 million cut compared to enacted 2022 levels. The request doesn’t mention the NCI in moonshot funding but it includes $5 billion for a proposed new entity called the Advanced Research Projects Agency for Health, or ARPA-H, which will make cancer a large priority.

Sharpless said the president largely devised his budget plan before the administration enacted the 2022 spending package, and that it’s only the beginning of a long-term plan beyond 2023 funding.

“I’m happy to see ARPA-H resourced and get stood up,” he said. “That could be really great for cancer research generally, and I think they could be a really great partner for the NCI if we could figure out how to have the two agencies work together in a collaborative manner.”

He also acknowledged that if a $199 million cut went through, it would hurt the NCI’s paylines, a percentile rank that calculates how many grants it can fund. The NCI needs about $150 million to $200 million in additional funding just for existing grants due to increased costs of conducting research, so flat funding or a cut would lead to smaller paylines.

The current payline is about 11%, which is an improvement from 2019 but falls short of the institute’s goals of reaching a 15% payline by 2025.

“Fifteen percent is still too low, but at least it’s not ridiculously low,” Sharpless said. “We want to see these great ideas to move into advanced cancer science come to the NCI. And we want to therefore provide paylines, that would lead young investigators to believe they have a career in cancer research, and 8% doesn’t do that.”

He added that raising paylines “is a top priority” for Doug Lowy, NCI’s principal deputy director who will be acting director April 30. “Hopefully Congress will provide the funds that allow us to do that because that’s really important to meeting the president’s goal of ending cancer as we know it.”

The Trump administration proposed a $1 billion cut to NCI funding in 2017—Sharpless’s first year on the job—but Congress ultimately provided the institute with a $470 million increase.

“That ended up being one of the best years ever,” in terms of federal spending on NCI. “So the correlation between what Congress decides to do versus the president request is not always perfect,” he said.

When Sharpless first took over NCI leadership, one of his first goals was to streamline the clinical trials process. As he prepares to leave, “the spiraling costs of clinical trials” remain a sore point for the NCI and the NIH in general.

“Clinical trials are absolutely vital to make progress for patients with cancer. So understanding what’s causing that and trying to address those and control those costs and find ways to advance science that maybe don’t rely on those expensive clinical trials. That’s a really important thing to understand.”

The last few years also underscored the importance in removing systemic inequities that made it harder for Black scientists to get grants and eliminating health disparities in cancer research and care.

“The events of summer 2020, with the murder of George Floyd, were eye opening for all of us,” he said, adding that the the NCI has a strong portfolio of research into cancer health disparities. “All of us looked more closely and said, ‘What is the NCI doing in terms of promoting social justice? And could we do more?’”

Sharpless, who prior to joining the NCI ran the University of North Carolina’s comprehensive cancer center—where he also earned his undergraduate and medical degrees—will return to his native Tar Heel state in May.

He doesn’t have a job lined up yet but expects to return to academia and resume previous work in translating basic science ideas into clinical use. His years in government also uncovered a newfound interest in public policy and public health, which he hopes to pursue.

“I envision a lively career that is not running a gigantic, complicated entity like the NCI.”