Bristol-Myers Squibb agreed to acquire Celgene Corp. in a record-sized $74 billion deal that will unite two drugmakers battling for advantage in a crowded market for innovative cancer treatments.

Both companies have faced investor wariness about their prospects in recent months. Bristol makes an immunotherapy drug called Opdivo that accounts for roughly a quarter of its sales but that has trailed a rival medication from Merck & Co. Celgene, meanwhile, has been looking for a follow-up for its blockbuster blood-cancer therapy Revlimid.

The proposed union of the two companies represents a big bet that combined mass will help overcome the obstacles confronting their respective cornerstone products. It will also fan the flames of deal speculation in an industry that’s coping with political pressure to rein in drug prices, the looming threat of expiring patents and disappointing clinical trials for some cancer treatments.

If it is approved by shareholders and regulators, the cash-and-stock deal would rank as the largest pharmaceutical-company acquisition ever. Including net debt, the transaction values Celgene at $88.8 billion, surpassing Pfizer Inc.’s deal for Warner-Lambert.

Under the proposed terms, Celgene shareholders will receive one Bristol-Myers Squibb share and $50 in cash for each Celgene share, according to a statement from the companies Jan. 3. That would value Celgene at $102.43 a share, a 54 percent premium to the stock’s closing price on Jan 2.

The initial reaction of investors suggested wariness. Celgene shares soared by 24 percent Jan. 3, though were still trading well short of the proposed deal price, at roughly $82.63 at 12:31 p.m. in New York. Bristol shares fell 14 percent to $45.08.

Shares of both companies had been beaten down last year. Bristol-Myers shares declined more than 15 percent in 2018, while Celgene shares sank 39 percent. 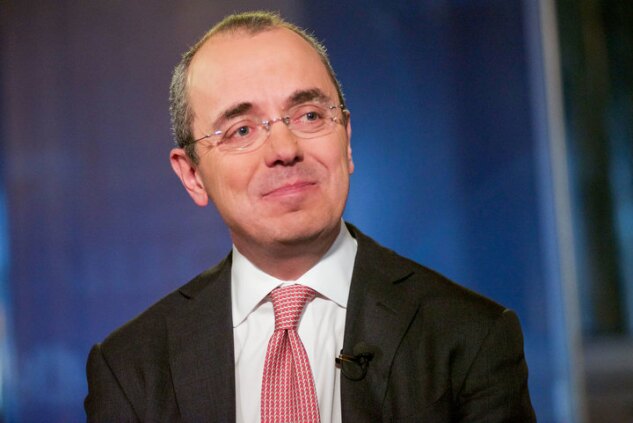 The deal is New York-based Bristol’s largest under Chief Executive Officer Giovanni Caforio, and comes after the drugmaker has suffered high-profile setbacks in immuno-oncology, its biggest line of business.

Given Opdivo’s large and growing share of its revenue, Bristol has been under pressure to diversify its portfolio. In a recent earnings call, Caforio said that the company would look to deals to diversify its pipeline. At various points in recent years as Bristol has stumbled with trial failures, its name has come up as a takeout target itself.

In purchasing Celgene, Bristol will get control of one of the most successful cancer drugs of recent years, the top-selling blood-cancer therapy Revlimid, which costs more than $100,000 a year. It will also gain a promising experimental CAR-T therapy being developed by Juno Therapeutics, which Celgene acquired in a $9 billion takeover deal last year.

Bristol has had talks with Celgene over the past two years, people familiar with the situation said. Caforio initiated more formal talks in September, the people said, and negotiations accelerated over the past few weeks. Recent declines in biotechnology stocks helped spur the deal on, the people said.

Caforio said on a call with analysts Jan. 3 that the deal “is not about Revlimid” and that the two companies had been discussing a potential tie-up for some time. He said that the combined companies anticipate six product launches over the next 12 to 24 months.

“There are concrete, short-term growth opportunities that this will deliver to Bristol-Myers,” said Caforio. 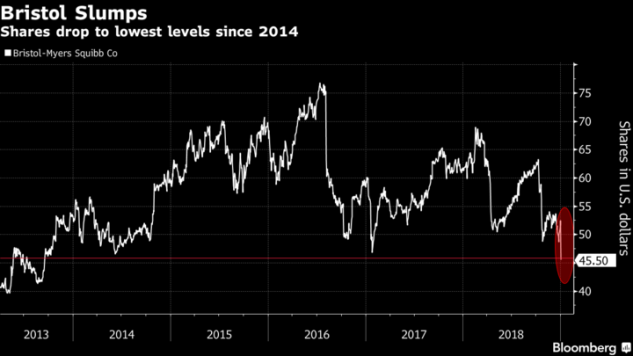 Despite Revlimid’s success, Celgene shares have been hammered over the past year-and-a-half amid investor fear that the company lacks a potent successor to its biggest blockbuster. Revlimid is expected to face increased generic competition in coming years.

Summit, N.J.-based Celgene suffered a series of high profile setbacks including the failure of a once promising therapy in a late-stage clinical trial. The U.S. Food and Drug Administration also refused to review an experimental medicine that was expected to be a future growth driver.

“The deal generates tremendous immediate-term value that we believe would have taken years for Celgene to achieve,” said analysts at Leerink Partners in a note to investors.

Celgene’s problems aren’t unique. Several larger biotechnology companies that have become reliant on huge-selling but older drugs saw their shares suffer in 2018, and some gained on speculation that they could be takeover targets or could find something to buy themselves.

Shares of Gilead Sciences Inc., which has seen sales of its blockbuster antiviral medications flag over the past year, were up roughly 3.5 percent in premarket trading.

News of the deal came ahead of next week’s JPMorgan Healthcare Conference, an annual industry confab in San Francisco that is frequently a catalyst for mergers and other transactions. Heading into that event, some analysts had grown concerned that a volatile U.S. stock market and a slowdown in activity last year could have a chilling effect on dealmaking.

To contact the reporters on this story: Rebecca Spalding in Boston at rspalding@bloomberg.net; Cynthia Koons in New York at ckoons@bloomberg.net

To contact the editors responsible for this story: Drew Armstrong at darmstrong17@bloomberg.net Timothy Annett