A whistle-blower’s complaint alleging ignored a rash of spam and bot accounts could help in his effort to walk away from a $44 billion buyout of the social-media platform, legal experts say.

, Twitter’s ex-head of security, alerted US authorities to “egregious deficiencies” in the company’s defenses against hackers, according to his complaint. Zatko, fired from Twitter earlier this year, said he raised concerns about the bots in early 2021 and was told by the head of site integrity that Twitter didn’t know how many bots were on the platform. His Twitter colleagues showed no interest in delving into the issue, according to the complaint. 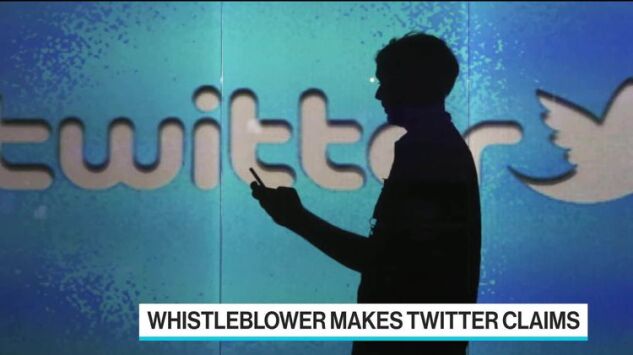 WATCH: Elon Musk could be helped by a whistleblower claim.
Source: Bloomberg

“We have already issued a subpoena for Mr. Zatko, and we found his exit and that of other key employees curious in light of what we have been finding,” , a lawyer for Musk, said in a statement Tuesday.

Twitter sued Musk in July to force him to complete his proposed acquisition. Since then, dozens of people, banks, funds and other firms have been subpoenaed in the Delaware lawsuit, with a trial scheduled to begin Oct. 17. At the center of Musk’s defense are the company’s disclosures about the quality of its customer base as it is affected by spam and automated accounts.

Zatko claims Twitter executives failed to disclose the true extent of such accounts on the platform. Spiro said he learned from court filings that Twitter officials didn’t consider Zatko to be knowledgeable about spam accounts on the system and that they declined to search Zatko’s files as part of the exchange of information in the case.

Zatko’s complaint was reported earlier by the and .

If Zatko’s assertions are true, “that’s just the kind of smoking gun Musk had to be pinning his hopes on,” said , a law professor who specializes in merger-and-acquisition disputes.

In the complaint, Zatko said Twitter’s “Integrity Team” was reluctant to dig deeply into how many bot accounts were included in the platform’s customer base. That left the former security executive thinking “the company had no appetite to properly measure the prevalence of bots, in part because if the true number became public, it could harm the company’s value and image.”

“Mr. Zatko was fired from his senior executive role at Twitter in January 2022 for ineffective leadership and poor performance,” the company said in a statement. “What we’ve seen so far is a false narrative about Twitter and our privacy and data security practices that is riddled with inconsistencies and inaccuracies and lacks important context.”

Twitter said Zatko’s allegations and “opportunistic timing” seemed “designed to capture attention and inflict harm on Twitter, its customers and its shareholders.” It added that “security and privacy have long been company-wide priorities at Twitter and will continue to be” and that it “fully stands by its prior statements about the percentage of bot and spam accounts on the service.”

Bloomberg was unable to reach Zatko for comment. Whistleblower Aid, which represents him, said he stands by his disclosures.

“His career of ethical and effective leadership speaks for itself,” John Tye, the group’s chief disclosure officer, said in an emailed statement. “The focus should be on the facts laid out in the disclosure, not ad hominem attacks against the whistle blower.”

“Whistle-blower complaints can raise serious issues or just be a bunch of sour grapes,” Fisch said. “We just don’t know at this point how credible” the complaint is, she said.

Bloomberg Intelligence litigation analyst wrote in a on Tuesday that the complaint “only marginally bolsters Musk’s case with Twitter.”

He was referring to monetizable daily active users, a key industry metric.

Musk has argued that Twitter’s regulatory disclosures putting spam and bot accounts at no more than 5% of its customer base were misleading. The chief executive officer has made public some of his analysis of the issue, which holds that a full third of Twitter’s more than 230 million users may fall into the bot category.

, a retired professor who ran the school’s Weinberg Center for Corporate Governance, said the complaint, if accurate, would be a bombshell.

“The bottom line question here is whether Twitter was entirely candid with Musk about these bots,” Elson said. “If it turns out they were not, it could be game over.”

Zatko was hired by former Twitter CEO . Musk’s legal team subpoenaed Dorsey on Monday, after serving , ex-head of consumer product at Twitter, and , who oversaw product revenue. Both were fired.

Hamermesh noted that Zatko’s allegations hadn’t yet been verified and said it’s up to Delaware Chancery Court Judge Kathaleen St. J. McCormick to decide whether Musk’s abandonment of the deal was proper.

“It’s still a long way from the hole for Mr. Musk to sink that putt,” he said.

(Updates with comment on Zatko’s behalf in third section.)