The judge deciding whether will lose billions of dollars in a shareholder lawsuit challenging ’s $2.6 billion acquisition of a solar power provider said he would rule in about three months.

Delaware Chancery Court Judge offered the estimate at closing arguments Tuesday, six months after the electric car maker’s chief executive officer testified in a trial over the 2016 purchase of SolarCity. At the heart of the case is whether Musk improperly used his influence with Tesla’s board to get the transaction done.

If he loses, it could cost him some $13 billion, according to calculations by the shareholders’ lawyers -- enough to put a dent in his $264 billion fortune. 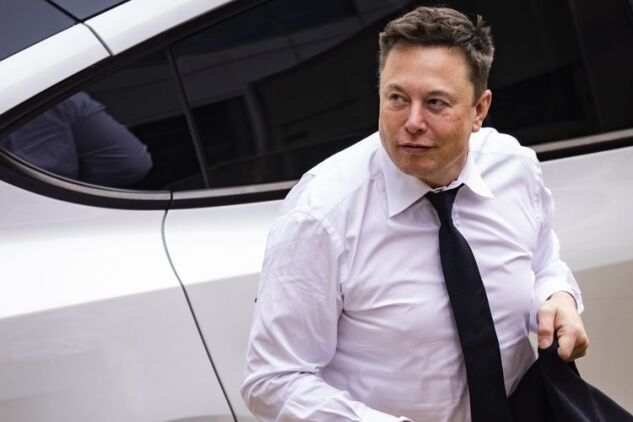 “At every turn Musk intended the acquisition to be a bailout, and Musk was the most important person to make that happen,” Randall Baron, an attorney for the investors, told Slights on Tuesday.

Slights must decide whether Musk, who served as SolarCity’s chairman and largest shareholder at the time of the acquisition, stood on both sides of the deal and rammed it through at the expense of Tesla shareholders. The investors who sued him have argued that SolarCity was insolvent at the time and not worth the price.

Their lawyers want the judge to make Musk, 50, return the shares he was granted in the deal, which are currently valued at more than $13 billion, or pay monetary damages they calculate at $1.4 billion to $2.4 billion. Tesla stock has skyrocketed since the trial -- in October the lawyers reckoned the shares’ value at .

Investors are unlikely to recover such a fortune, but a judgment in the hundreds of millions of dollars is possible, Bloomberg Intelligence analyst Holly Froum said in a on Friday.

‘Outside of That Clock’

Slights said the court typically issues decisions within 90 days but that he may need more input from the parties and should be able to let them know within a week if he does.

“There’s a decent chance I’m going to be on the outside of that clock in getting that decision to you. I think you’ve got in or around three months to decide whether or not you want a decision from me or from your own clients,” he said, referring to a possible settlement. As it is, the closings followed the trial by months as post-trial briefing on the complex case marched on.

“Tesla acquired SolarCity at a fair price following a fair process, and Mr. Musk did not control the board who unanimously approved this transaction or the shareholders who overwhelmingly voted in favor of it,” Evan Chesler, an attorney for Musk, told Slights on Tuesday.

Musk is the last Tesla director left in the case after his colleagues agreed to a $60 million settlement of shareholder claims last year. In testifying at the trial last summer, he defended the transaction as a sound one needed to integrate solar power with Tesla’s battery.

To prove that Musk controlled the board, let alone bullied it, the investors would have to show that he had “such formidable voting and managerial power” over the directors that they wouldn’t be able to freely exercise their judgment, Vanessa A. Lavely, another of his lawyers, told the judge at closings. But Musk doesn’t have the authority to add or remove directors, doesn’t control their compensation and cannot dictate or veto board actions, she said.

While he has been “instrumental in driving Tesla’s tremendous growth” -- at times sleeping on the factory floor and giving input into vehicle design -- “being valuable to the company does not make an executive a controlling stockholder,” Lavely told Slights.

“That is simply dedicated leadership far beyond what most CEOs put into their work,” she said.

Baron, the investors’ lawyer, told Slights the integration of solar with the Tesla battery was a “false narrative” to hide the deal’s true purpose and that Tesla had acquired a “failed company” in a growing market.

“He controlled the process and the board by withholding key information,” Baron said.

The case is In Re Tesla Motors Inc. Stockholders Litigation, No. 12711, Delaware Chancery Court (Wilmington).

To contact the reporters on this story:
in Federal Court in Manhattan at cdolmetsch@bloomberg.net;
in Wilmington, Delaware at jfeeley@bloomberg.net

Chris Dolmetsch
Bloomberg News
Musk May Face $9 Billion Payout on SolarCity, Funds Say in Court
Musk on the Stand: Cool, Combative and Holding Firm on SolarCity
Minus Musk, Tesla Board Gets Court Nod for SolarCity Settlement
© 2022 The Bureau of National Affairs, Inc.
All Rights Reserved