A residential home loan application is arranged for a photograph.
David Paul Morris/Bloomberg

A group of veteran bankers and private equity investors in Texas spotted an opportunity as the economy reeled a decade ago. They raised $1 billion, bought up hobbled lenders and called their new bank Cadence.

But by 2017 its 13 branches across Houston were only in majority White neighborhoods, according to a Justice Department lawsuit accusing the firm in August of redlining. The bank quickly settled for $8.5 million as executives put the last touches on their next deal: a $2.8 billion sale to BancorpSouth.

A U.S. crackdown on redlining is coming — and at a particularly awkward time for the financial industry. Not only is public awareness of racial inequity heightened, bankers are also pressing government authorities to approve mergers and acquisitions at one of the fastest clips since the 2008 financial crisis. To get their paydays linked to those deals, more executives may feel pressure to resolve government claims.

“Banks are apt to settle to clear a pathway,” said Richard Horn, a former senior counsel in the Consumer Financial Protection Bureau. “If they’re looking to get approval from their banking regulator for a particular activity — a merger or something else — it’s not good to have pending fair-lending allegations.”

Unlike a century ago, redlining is no longer the story of racist maps drawn by federal authorities that kept minorities from getting mortgages. It’s about finance executives chasing mortgage business in White communities while neglecting Black and Hispanic people nearby.

Last year, the bureau filed a redlining lawsuit against one of Horn’s clients, Townstone Financial, which the mortgage broker is fighting.

But Cadence’s leaders arrived at a different decision. Their settlement is part of a pattern in recent years of lenders wrapping up redlining probes as they finished deals.

“Following a Houston-based bank acquisition in mid-2012, we recognized that the mortgage lending program was not where we wanted it to be,” said Paul B. Murphy, Jr., who runs Cadence Bancorp. After making improvements, “the percentage of our Houston residential mortgage lending in minority neighborhoods has reached 50% or above, exceeding our peers. We are pleased with our results today.”

In September 2015, Hudson City Savings Bank agreed to pay $27 million after the CFPB and Justice Department accused the lender of avoiding New York’s most Black and Hispanic neighborhoods. Its branches, loan officers, mortgage brokers and marketing efforts skirted those areas by essentially pursuing business in a semi-circle around the neighborhoods, the government alleged. Weeks later, when completed its acquisition of Hudson City, a statement from executives ignored the suit entirely, and instead pledged to continue “the same character and culture of integrity and customer care.”

Andre Perry, a senior fellow who researches race at the Brookings Metropolitan Policy Program, identified a way for lenders to avoid redlining settlements. “That’s through inclusion,” he said. “You’ll avoid the protests, you’ll avoid the pain.”

Even so, the sum of $27 million isn’t a major burden for much of the finance industry. Top Hudson City executives were collectively slated to receive significantly more — between $3.7 million and $20.1 million apiece — as part of the takeover, according to a proposal sent to shareholders.

Something unusual seemed to be happening when the Justice Department sued KleinBank in early 2017 for redlining in Minnesota: The lender fought back. It told a judge to dismiss the complaint because “the Department of Justice lacks the authority to direct a modest-sized community bank to expand into all of a major metropolitan area it has never served nor sought to serve.”

Old National announced a merger of equals with First Midwest Bancorp this June. A spokesperson for Old National said the lender “strongly and categorically denies the claims” but could not comment further on pending litigation.

On Friday, when regulators announced that Trustmark National Bank had settled accusations of redlining in Memphis, Tennessee, Attorney General said to expect more cases like it. Other officials said the sweep could also target the use of algorithms that violate fair housing laws. 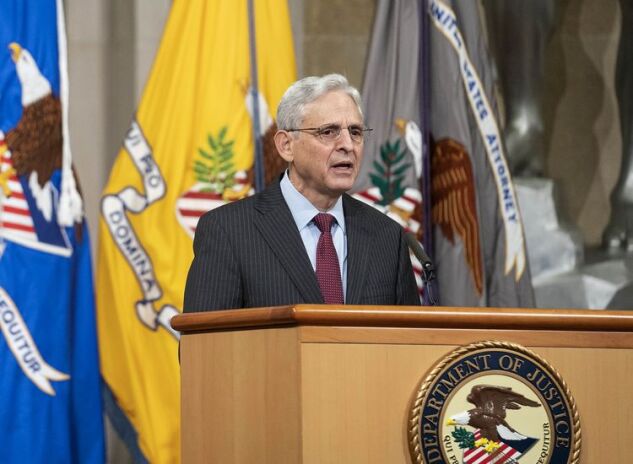 Merrick Garland speaks at the Department of Justice in Washington
Photographer: Sarah Silbiger/Bloomberg

“There’s this narrative that things have gotten better, we’ve made so much ‘progress,’ and we really haven’t,” said Elizabeth Korver-Glenn, who wrote “Race Brokers” and researches housing segregation at the University of New Mexico. Even if modern redlining looks different than its predecessor a century ago, she said, the system remains tilted.

Sometimes banks agree to settlements before they make acquisitions, not just before they get acquired. In June 2019, First Merchants settled a redlining lawsuit from the Justice Department that accused the lender of avoiding Black neighborhoods in Indianapolis. Within months, the bank finalized a merger with MBT Financial Corp. There was no response to messages sent to the bank.

BancorpSouth, which is buying Cadence, spent more than $10 million in 2016 to settle accusations that it discriminated against Black applicants in Memphis. Regulators said they sent undercover testers to ask about getting a loan and found they were treated worse than White testers with similar credit.

When BancorpSouth completes the takeover, five Cadence executives are due to share more than $26 million, according to a regulatory filing.

Redlining settlements tend to begin with pledges from banks to follow fair housing laws. That doesn’t satisfy Richard Rothstein, who wrote “The Color of Law,” a 2017 history of segregation. People aren’t allowed to remedy bad behavior “by simply saying, ‘We’re not going to do it again,’” he said. “In this case, that’s what we’re accepting.”

Redlining has “permanent effects that need remedies that are as explicit as the violations in the first place,” he added. “I don’t expect to see them until there’s a new civil rights movement.”

To contact the author of this story:
in New York at mabelson@bloomberg.net

To contact the editor responsible for this story:
at dscheer@bloomberg.net