’s takeover of movie studio Metro-Goldwyn-Mayer will be reviewed by the U.S. , which is now led by one of the most prominent critics of dominant technology companies.

The FTC will oversee the antitrust investigation of the deal instead of the Justice Department, according to a person familiar with the matter. , a former Columbia Law School professor who is an outspoken advocate of aggressive enforcement against tech platforms, took over as chairwoman of the FTC last week after she was confirmed by the Senate. 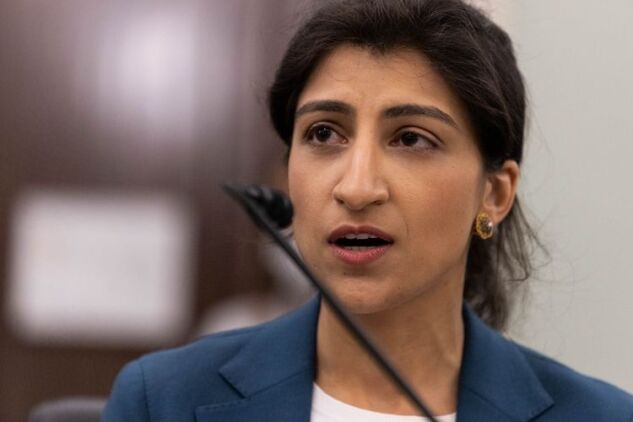 The $8.45 billion MGM deal will pose an early test for Khan’s antitrust agenda. She wrote an influential 2017 paper as a law student at Yale University titled “Amazon’s Antitrust Paradox,” which traced how the online retailer came to control key infrastructure of the digital economy and how traditional antitrust analysis failed to consider the danger to competition the company posed.

The FTC declined to comment. The Wall Street Journal earlier reported on the FTC’s review of the deal.

The proposed acquisition from those worried about the growth of tech companies, but antitrust experts have said it will be difficult for regulators to stop. The FTC previously cleared Amazon’s acquisition of Whole Foods Market Inc. after finding no competition concerns.

Senator of Massachusetts said on Twitter that she is pleased the FTC will examine the deal. Amazon, she said, is no ordinary buyer.

“The FTC should look into how this behemoth’s purchase may affect not just streaming and entertainment, but also workers, small businesses, and competition overall,” the Democrat said.

Cowen & Co. analyst said in a note that while the FTC may open an in-depth investigation of the deal, he expects the agency will ultimately approve it because consumers are enjoying an increasingly competitive market for pay-TV content from streaming platforms and traditional cable.

Amazon and its tech peers have hundreds of companies in the last decade, none of which has been stopped by antitrust enforcers in the U.S. Their buying spree has triggered criticism that antitrust cops aren’t being aggressive enough to challenge the companies. It’s also fueling calls for new legislation that would revise antitrust laws.

On Wednesday, House lawmakers will consider a package of antitrust bills aimed at Amazon and other tech platforms, including a proposal that would make it harder to win approval for takeovers.