Former Chief Executive Officer is asking the Pennsylvania Supreme Court to intervene in a dispute over whether certain absentee and mail-in ballots should be counted in his too-close-to-call Republican US Senate primary race with celebrity physician .

McCormick’s campaign filed a request at the commonwealth’s highest court to declare that counties cannot reject ballots that were filed on time but lack a handwritten date on the outside envelope. Earlier, McCormick sued in state court seeking similar relief.

Oz, backed by former President , led McCormick by fewer than 1,000 votes as of 4:59 p.m. on Tuesday with 99% of the vote counted, according to the Associated Press. That falls within the margin that would trigger an automatic recount, and the AP it would not declare a winner in the race until a likely recount is complete.

Acting Secretary of the Commonwealth Leigh Chapman has scheduled a news conference on Wednesday afternoon “to provide an update on the need for a recount” in the race after counties submit their unofficial results on Tuesday. 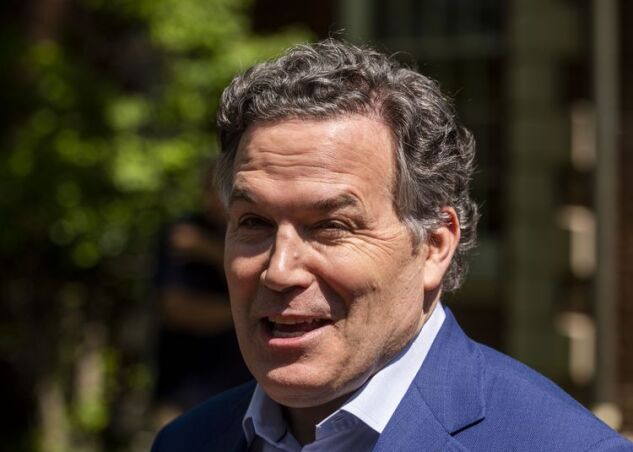 McCormick is essentially seeking the opposite of several complaints Trump and his allies filed in Pennsylvania during the 2020 election. In those suits, the former president unsuccessfully argued that thousands of mail-in ballots in certain counties needed to be tossed as defective.

McCormick’s campaign has cited a federal appeals court decision from last Friday that said ballots can’t be rejected solely because the envelopes don’t include a handwritten date. McCormick has been getting more votes by mail-in ballots than Oz, who’s doing better with votes cast on Election day, according to commonwealth data.

“Because all ballots are time stamped by the County Boards of Elections on receipt, a voter’s handwritten date is meaningless,” , chief legal counsel for the McCormick campaign, said in a statement. “All timely ballots of qualified Republican voters should be counted.”

But the Oz campaign has opposed the counting of undated mail-in ballots, saying the appellate ruling from a 2021 county judge race in Pennsylvania didn’t specify it applied to the May 17 primary and that the ballots should be rejected under current law. David Ritter, one of the participants in the appellate case, has filed a motion to stay the ruling so it can be appealed to the US Supreme Court.

The Republican National Committee and Republican Party of Pennsylvania are intervening in the case to uphold rejection of the undated absentee and mail-in ballots.

“Election laws are meant to be followed, and changing the rules when ballots are already being counted harms the integrity of our elections,” RNC Chief Legal Counsel said in a statement.

It’s not clear how many undated absentee and mail-in ballots there are. The Pennsylvania Department of State said as of 2 p.m. Monday, there were about 5,400 Republican ballots outstanding that likely include the rejected ballots. McCormick’s campaign said in its filing with the Supreme Court that “the number is likely in the thousands.”

The commonwealth issued guidance to counties on Tuesday saying its position is the undated ballots and those with the wrong date must be counted but that “out of an abundance of caution” they should be set aside and maintained while the dispute is being settled in the courts.

Under Pennsylvania law, Chapman would order the recount by 5 p.m. on Thursday if the margin falls within 0.5% of the total vote. Counties would have to complete the recount by June 7 with the results announced the next day.

Both Oz and McCormick are and assembling teams of lawyers in a critical race that will help determine party control of the US Senate. The winner of the Republican primary will face Democratic nominee , the commonwealth’s lieutenant governor.

McCormick, who vied for Trump’s favor before the former president endorsed Oz, largely dodged questions about 2020 election-fraud claims during the primary campaign. He told Bloomberg News in April that Pennsylvanians’ doubts about the integrity of the election warranted strict new voter ID laws.

To contact the reporter on this story:
in Columbus at mniquette@bloomberg.net

To contact the editors responsible for this story:
at mparker22@bloomberg.net