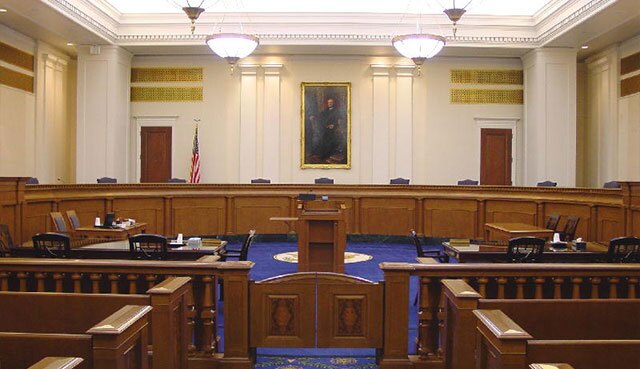 Almost three out of four federal judges found it necessary to issue warnings or schedule additional conferences to solve e-discovery problems more than once in the past year, according to a newly released survey.

In the most serious cases, 13 percent of judges issued an e-discovery sanction during that period, the 2019 Judges Survey found. The survey was released by the Oregon-based e-discovery software vendor Exterro Inc. and EDRM, a community of e-discovery and legal professionals that was acquired by Duke Law School in 2016.

The survey of 264 sitting and retired federal judges highlighted the notion that they remain frustrated by the lack of e-discovery expertise of many lawyers who appear before them.

The best attorneys are able to work out their e-discovery issues without judicial intervention, one respondent said, and there are likewise “good lawyers” in the second tier who only need e-discovery help occasionally. Yet the third tier, the respondent said, includes “lawyers who don’t know what they’re doing (or don’t care), and I see them routinely.” 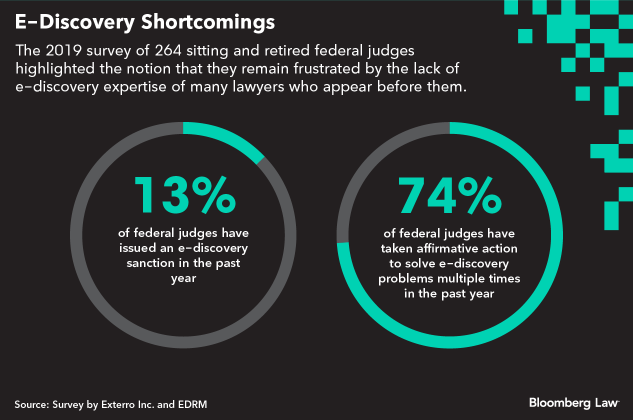 At the same time, judges are reluctant to take proactive roles in managing e-discovery disputes—and by an almost two-to-one margin they conceded that they need more education and training in e-discovery technology and practices.

That can especially be true of longer-serving judges who may be less likely in their previous legal lives to have worked with e-discovery systems first-hand, she said.

Yet the burden primarily should be on attorneys, given that “most judges typically don’t see it as their role” to mediate e-discovery disputes, said Laporte, who sits on the U.S. District Court for the Northern District of California in San Francisco.

Among attorneys, “although there’s been some improvement in this area, there’s plenty of room for more improvement,” she said. “It’s uneven.”

According to the survey, 56 percent of judges agreed that their role in the e-discovery process should be as “case manager, promptly addressing discovery issues as they arise.”

The judges overwhelmingly found that intentional misconduct that caused spoliation—withholding or destroying evidence relevant to a proceeding—was the most common circumstance to cause them to impose an e-discovery-related sanction.