Groups that advocate for easier development of generic drugs say the government spending bill making its way to President Donald Trump’s desk this week is a giveaway to branded drugmakers.

A provision of the spending bill () would expand the definition of a biologic drug to include “chemically synthesized polypeptides,” medicines such as ’s Victoza.

Organizations including Public Citizen and the Association for Accessible Medicines warned Wednesday it gives these drugs the 12-year exclusivity period for biologics, not the five-year of exclusivity granted to small-molecule drugs. Substances that can enter cells easily because of low molecular weight, these are often taken orally and are the most common on the market.

“By expanding the definition of biologic drugs, Congress has seemingly enabled brand-name pharmaceutical companies to extend product monopolies at the expense of American patients, without any hearings or public debate,” Matthew Lane, executive director of the Coalition Against Patent Abuse, said. “This means it has the potential to significantly delay competition for newly-developed medicines, particularly those used to treat diabetes.”

The criticism comes as Democrats were celebrating a victory over branded drugmakers won by taking out a similar provision in the U.S.-Canada-Mexico trade deal that defined biologics and established a 10-year patent protection for medicines among the countries. 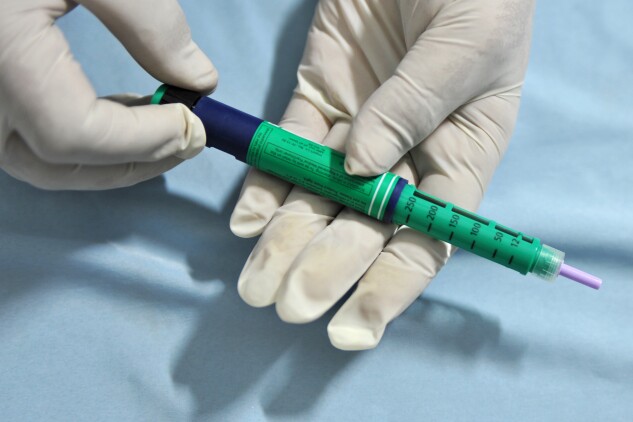 A spokesman for House Speaker (D-Calif.) said the Food and Drug Administration asked for the “technical change” and denied it was a giveaway to branded drugmakers. He said the legislation specifically states newly deemed biologics won’t gain longer exclusivity periods.

The FDA, in a statement, said the change is needed to help makers of these chemically synthesized polypeptides bring their products to market faster, potentially creating cheaper insulins and other products.

“Removing this exclusion will help patients because it provides the potential for chemically synthesized follow-on insulins and other protein products to come to market through more efficient abbreviated pathways, regardless of how they are manufactured,” Deputy Commissioner Anna Abram and Janet Woodcock, director of the Center for Drug Evaluation and Research, said in a joint statement.

Rachel Schwartz of the Association for Accessible Medicines warned it looks like the provision “is not in the best interest of patients.”

“It delays access to more-affordable generic and biosimilar medicines,” she said.

Although there’s plenty of concern regarding the definition change, not everyone is convinced the language is a clear “giveaway” for the industry.

“It’s more nuanced than that,” said Kalah Auchincloss, a health regulatory lawyer who used to work for the FDA.

The FDA was already shifting the way it would classify certain drugs even before the spending deal negotiations. Certain products that are now considered drugs will be considered biologics on March 23, 2020, which changes how they’re regulated and how cheaper versions are approved. Consequently, there are about 90 applications that will shift to the biologics application system. Insulin falls into this regulatory limbo and that’s why there aren’t true “generic” versions of insulin.

Generic approval for simple, small molecule drugs requires the generic manufacturer to prove it’s the same as the old version, which is virtually impossible to do for complicated drugs like insulin because of their molecular makeup. Cheaper versions of biologics, on the other hand, just have to prove they’re “highly similar” to the older version.

“Chemically synthesized polypeptides” were excluded from the FDA’s March 2020 transition up until now. Because the spending deal cuts out their exclusion, there will be more drugs that will shift to the biologics application system in March 2020 in addition to those already scheduled to do so, but the precise number isn’t clear yet. The products that are already set to shift to a biologics application on March 23, 2020, aren’t eligible for 12 years of biologic exclusivity.

But after March 23, 2020, any new protein product will get 12 years of exclusivity, compared with the 3-5 years it would have gotten before. So it’s a tradeoff, Auchincloss said.

Jacquie Lee in Washington also contributed to this story.