A U.S. Patent and Trademark Office council will begin tackling a huge challenge this year: boosting the percentage of patent owners who are Black—a figure that hovers in the single digits by some estimates.

The U.S. patent system, long regarded as among the world’s best, has also been stubbornly difficult for Black inventors to access. Researchers say the underrepresentation means the U.S. is missing out on significant inventions, with fewer perspectives and ideas in the pipeline.

Black people and other minority inventors have been left behind for many reasons, including too few resources, a lack of access to capital, and a low level of awareness of the patenting system in general, according to consultant Janeya Griffin.

“They don’t necessarily know about it,” said Griffin, who runs a consulting firm, The Commercializer LLC, that works with entrepreneurs and startups to monetize their technologies. “They’ve never really seen it, it’s not something they’re aware of.”

There have been periods of history where the patent system wasn’t even available to large swaths of the Black population, stymieing their participation. Some of those effects still linger, according to those who have studied the issue.

Researchers point to the Supreme Court’s infamous 1857 Dred Scott ruling that Americans of African descent, whether free or enslaved, were not U.S. citizens. The decision essentially precluded Black people from patenting their inventions.

“That practice, in and of itself, said this process is not for you,” said Shontavia Johnson, an attorney and entrepreneur who also serves as associate vice president for entrepreneurship and innovation at Clemson University.

“If you are a person of color, particularly a Black person, and you want to find a lawyer who is not going to think of you as intellectually inferior, who is not going to have some of those barriers and those implicit biases that may exist, it’s hard,” Johnson said.

The ramifications go beyond individual inventors. Owning patents, and other intellectual property, can help people earn money from their inventions. It can also help businesses attract investment and create jobs, “raising the bar” for entire communities, said Griffin.

“There’s a direct correlation between the racial wealth gap and IP ownership,” said Nina Archie, diversity and tech policy adviser at The Commercializer.

Whites are over three times more likely to become inventors as Blacks, Harvard University researchers found in 2018. The Information Technology and Innovation Foundation found African Americans, while making up 13% of the U.S.’s native-born population, comprised less than 1% of the U.S.-born innovators it surveyed.

Over 160 years ago, in 1857, the U.S. commissioner of patents said a slave’s invention couldn’t be patented. At the time, applicants were required to take an oath of citizenship—the same year the high court ruled out citizenship for Blacks in Dred Scott v. Sanford.

The Confederate states allowed slave owners to patent the inventions of their slaves. Their president, Jefferson Davis, had unsuccessfully tried before to get a U.S. patent on a propeller invented by a man, Benjamin Montgomery, enslaved by his brother, according to research from University of Kentucky law professor Brian Frye.

Although formal barriers to the patent system were removed with the abolition of slavery and the passage of the 14th Amendment—which guarantees citizenship to anyone born in the U.S.—studies show Black inventors continued to face legal and societal obstacles.

Lisa Cook, an economics professor at Michigan State, linked declines in African American patenting to race riots and acts of violence, including the decimation of a once-thriving Black business community in Tulsa, Okla., in 1921 when a white racist mob killed hundreds of Black residents. Segregation laws also made it harder for Blacks to patent their inventions.

“The offices of patent attorneys (all white at the time) were in ‘white-only’ commercial districts, hindering African American inventors from applying for patents,” Cook wrote in an often-cited 2013 study that examined patent activity from 1870 to 1940.

“With little recourse to the courts, African Americans would have found it nearly impossible to fight patent infringement, even if they had been represented by white attorneys,” Cook wrote. 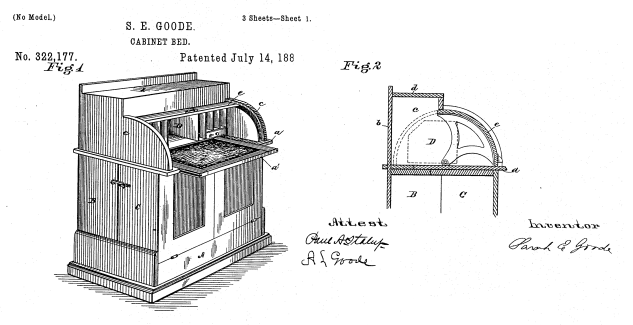 The racial divide persists for many reasons that don’t lend themselves to simple fixes.

The cost of getting a patent, which can run into the thousands of dollars, and a lack of early exposure to the patent system present barriers to already marginalized communities.

Another problem is a gap in those who leave college with degrees in patent-intensive fields like science, technology, engineering, and math, experts say. Black STEM students are more likely to switch majors or leave college than Whites, researchers from the University of Texas and Florida International University found recently.

When Griffin polled colleagues and clients, who ranged from small business owners to NASA engineers, on when they learned about patents, and that they had value, most said either in graduate school or after starting their careers.

And while Thomas Edison and Alexander Graham Bell are household names, inventors like Percy Julian and Granville Woods haven’t been as celebrated. Woods developed the railroad telegraph; Julian figured out how to synthesize different hormones, including cortisone. Sarah E. Goode is thought to be one of the first Black women to receive a patent, in 1885, for inventing a folding bed that could be made into a desk when not in use.

“These are not the inventors that we’re growing up learning about,” said Griffin, who testified to Congress about patent diversity this year. “I think that also plays a role because we don’t see ourselves being owners of intellectual property.”

The underrepresentation of Black inventors, and documented disparities in numbers of women and Hispanic inventors, was acknowledged in a patent office report to Congress last fall. Government has tried to take some steps, but progress has been slow.

House and Senate lawmakers in 2019 introduced the IDEA Act (H.R. 4075, S. 2281), which would require the patent office to collect demographic information, including gender and race, from patent applicants on a voluntary basis. The agency would also be required to make the data public. The bills were referred to their respective committees but have seen no further action.

The PTO created a council, which will meet for the first time this year, to develop a plan to promote the participation of underrepresented groups in the patent system. Other PTO efforts to close the gap for women and minorities include launching the Expanding Innovation Hub, with resources for inventors, and programs like Camp Invention, a STEM program for elementary-aged students.

“If the data is going to change it will take intentional efforts to reach women and children at a young age,” Bismarck Myrick, director of the Office of Equal Employment Opportunity and Diversity at the PTO, said in an interview.

That’s the goal of the NextGen IP Foundation, a new program that helps grade-school students apply for patents. NextGen IP’s founder, Flo Donovan, said the “only way to ensure in my life-time that minority inventors are included in the patent process was to create a foundation for this purpose.”

There are also organizations like the New Voices Foundation, which helps women of color who are entrepreneurs, and the Chicago Inventors Organization, which has worked with a number of Black inventors.

Lawyers and other IP professionals also have a responsibility to help diverse entrepreneurs and inventors, said Deborah Lodge, a partner at Squire Patton Boggs who has participated in New Voices Foundation educational programs about IP protection.

Other attorneys echoed the importance of mentorship, and helping inventors build social networks.

“I think we have this vision of inventors as this person alone in a garage but really invention and patenting is a team sport,” said Holly Fechner, a partner at Covington & Burling LLP, who has written about closing the diversity gaps in innovation.

To contact the editors responsible for this story: at kperine@bloomberglaw.com; at csaenz@bloombergtax.com