Comedy legend George Carlin was known for his “Seven Words You Can Never Say on Television” routine, and a foul-mouthed recording at the center of the Supreme Court’s 1978 landmark ruling on indecent speech over the airwaves.

But Carlin’s estate says the music streaming giants that dominate today’s audio market fail to recognize that he owned those jokes.

The estate is part of a series of recent lawsuits brought by comedians against that may reveal how the streaming industry deals with novel licensing issues around the growing popularity of spoken word content.

Six comedians, including Ron White and the estate of Robin Williams, are alleging that they’ve been cut out of royalty payments from Pandora, because the platform didn’t obtain the proper licenses to stream their comedy albums, which have received millions of listens.

It appears to be the first time a court will hear a dispute over licensing spoken word comedy, according to Kristelia García, a copyright and music law professor at the University of Colorado.

That question is already affecting how comedy fans can listen to their favorite performers. Last December, pulled the content of hundreds of comedians, including Kevin Hart and John Mulaney, after it ended licensing negotiations with Spoken Giants, one of the first rights organizations for comedians.

The lawsuits are part of a growing consensus among comedians that streaming platforms need to pay them—as the authors of their jokes—in the same way songwriters are paid royalties for writing lyrics.

“The infrastructure to license and pay needs to be put in place, so it’s not a matter of if, it’s a matter of when,” said Jeff Price, CEO of Word Collections, another rights organization that represents the six comedians. “And when you see litigation in the market, it’s usually a catalyst to compel that change to happen more quickly.”

The legal question at the heart of the Pandora lawsuits involves a copyright system that isn’t well known outside of the music industry.

Since 1972, federal copyright law has recognized that a musical track has two copyrights: One protects the audio recording of the song; the other protects the underlying composition, which includes the lyrics and the sheet music.

To stream songs on their platforms, Spotify and Pandora must obtain a license from a record label to use the sound recording, and a separate license from the songwriter.

The lawsuits argue that streaming comedy bits or poetry should be no different. They include complaints from Bill Engvall, Andrew Dice Clay, and Nick Di Paolo, and were condensed into one case in Los Angeles federal court in late March.

The separate copyrights for musical compositions are what allowed Whitney Houston to record her famous cover of “I Will Always Love You,” which was written and recorded by Dolly Parton in 1974.

Parton doesn’t own the copyright to the sound recording of her song—in the music business that’s usually owned by the record label. However, she still owns the copyright to the lyrics, and she receives royalties from anyone who legally performs “I Will Always Love You.”

The comedians’ lawsuits allege that Pandora was aware that it needed to obtain a second license from the comedians to stream their work, but it chose not to.

That could make the platform liable for willful copyright infringement, which bumps damages from $30,000 to $150,000 per infringing work, putting total potential damages for Pandora in the tens of millions of dollars.

The complaint points to Pandora’s Securities and Exchange Commission filings between 2011 and 2017, where the company highlights comedy licensing as a risk factor.

Pandora said in the filings that it streams comedy without a license for the underlying work because that’s an “industry-wide custom.” There were also no rights organizations representing comedians at the time, the filings said.

The company would have to seek out the owners of each comedy routine and negotiate an individual license, which can be difficult and costly, García said. But that doesn’t mean Pandora is off the hook for infringement, she said.

“I don’t think it’s legally colorable to say, ‘We didn’t pay these people because it was hard to do so,’” said García, who predicted Pandora would settle out of court. “I think it’s a pretty open and shut case, and I can’t see ‘difficulty’ as a rational defense.”

To mount a defense on the merits, Pandora “would have to argue that the jokes are not in fact literary works and don’t deserve a public performance right,” Lifschitz said, which strikes him as an “uphill battle.”

Pandora could also try to argue that an on-demand stream of a comedy album doesn’t constitute a “mechanical reproduction” of the underlying literary work, which means they don’t need a mechanical license, Lifschitz said. Mechanical licenses are needed to digitally stream music, he noted.

Lifschitz, who has represented musicians in licensing suits against Spotify and Pandora, said if the company does keep up with this litigation, it would likely do so to “size up the bounds of what their liability might look like” and try to put a cap on damages.

“They would make the argument that the vast majority of works that are parked on Spotify or Pandora or other streaming services are never streamed at all,” Lifschitz said of past litigation where the defendants attempted to tie damages to the amount of music consumed.

Price said there’s no reason the digital streaming platforms shouldn’t have sought the proper licenses, given that they’re worth billions of dollars.

He thinks the SEC filings are a clear admission that Pandora’s infringement was a business decision, noting that the company had boasted about its expansion into comedy content shortly before the company went public in 2011.

“If you want to use George Carlin’s stuff or any comedian’s stuff, pick up the phone and call,” Price said.

The lawsuits reveal an overlooked gap in the licensing industry as spoken word content is peaking in popularity.

Spoken word, including podcasts, talk shows, and audiobooks, now makes up 28% of the entire audio listening market, up from 20% seven years ago, according to a report by NPR and Edison Research. Last year, 127 million people listened to spoken word audio daily.

Decades of copyright legislation and litigation helped create a complicated but well-established web of intermediaries that take royalties from music streamers and distribute the money back to songwriters.

The problem is that licensing system deals exclusively with music, not spoken word content, which is considered a literary work under copyright law, Lifschitz said. 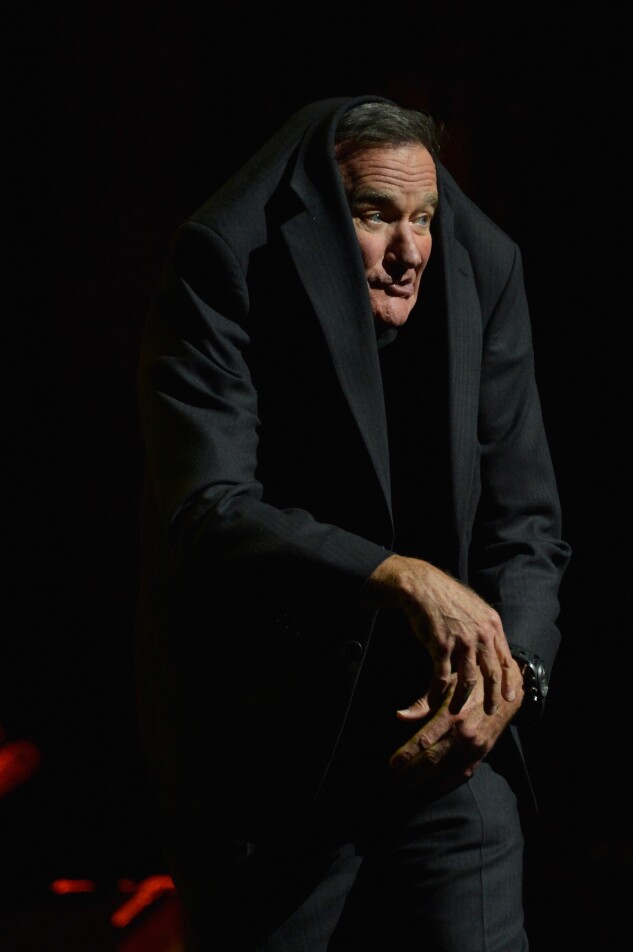 The country’s two largest performance rights organizations—Broadcast Music Inc. and the America Society of Composers, Authors, and Publishers—negotiate blanket licenses with streaming platforms, but they only represent songwriters. The 2018 Music Modernization Act, which helps streamline the often difficult process of obtaining two licenses for one song, applies only to musical compositions.

“That is the oversight when it came to comedy recordings,” Lifschitz said. “Historically, there has never been a compulsory licensing mechanism for anything other than a musical composition, and that’s just the uncomfortable truth that I think the complaint points out.”

Price’s company, Word Collections, and Spoken Giants are attempting to create that licensing framework that’s been missing for years.

The companies, founded in the past three years, act as collective rights organizations that represent the literary works authored by comedians and poets, similar to how Broadcast Music Inc. and the America Society of Composers, Authors, and Publishers represent songwriters.

Jim King, the CEO of Spoken Giants and former BMI executive, said his company’s business model is no different from the music industry. Spoken Giants can negotiate licenses with streaming platforms on behalf of a large group of comedians, which is more efficient for both sides.

Without collective organizing, Lifschitz said, lesser-known indie comedians could be cut out of licensing altogether because streaming platforms would likely only want to negotiate with big names.

King said his organization has asked the Mechanical Licensing Collection, a nonprofit designated under the MMA that distributes royalties to songwriters and composers, to consider thinking about spoken word, “although they have not yet.”

He’s still unsure why Spotify removed the content of hundreds of Spoken Giants members last December, but he said the companies have restarted negotiations. Word Collections also attempted to negotiate a licensing deal with Pandora on behalf of the six comedians and others, but the talks fell through last year, according to the lawsuits.

King said he sometimes worries about the future of spoken word given the uncertainty of new litigation and Spotify’s decision last year.

But the law gives him confidence.

“Copyright law protects these rights,” King said. “Our members have the right to defend and to monetize the value of their copyrights.”

To contact the editors responsible for this story: at ghenderson@bloombergindustry.com; at rtricchinelli@bloomberglaw.com