Columbia University is in a copyright battle with a foundation representing one of the school's late professors.
Photographer: Jennifer S. Altman/Bloomberg News

Columbia University’s acrimonious fight with a late professor’s foundation may help resolve long-murky questions of when academics own the rights to their work.

The case revolves around the years of work by Persian scholar Ehsan Yarshater in assembling Encyclopaedia Iranica, a comprehensive research tool dedicated to the study of Iranian civilization, and the conflicts that arose over copyrights on that work after Yarshater died in 2018.

Columbia in August asked a Manhattan federal court to rule that it’s always owned the rights to the volumes of research compiled by Yarshater. A month later, the Encyclopaedia Iranica Foundation accused Columbia of infringing its copyrights through a publishing deal and refusing to return Yarshater’s possessions.

Copyright law says an employer owns the rights to employees’ work done “within the scope” of their jobs, but case law hasn’t set a clear standard for defining that in academia. The U.S. District Court for the Southern District of New York could create new copyright boundaries for when an explicit agreement isn’t signed, if the parties don’t settle first.

“That’s a messy case. They did everything wrong. Both parties,” Elizabeth Townsend Gard, a copyright law professor at Tulane University in New Orleans, said. “It’s all really fascinating, and a really important case going forward.”

The university declined to comment on the case. The foundation’s counsel didn’t immediately return a request for comment. 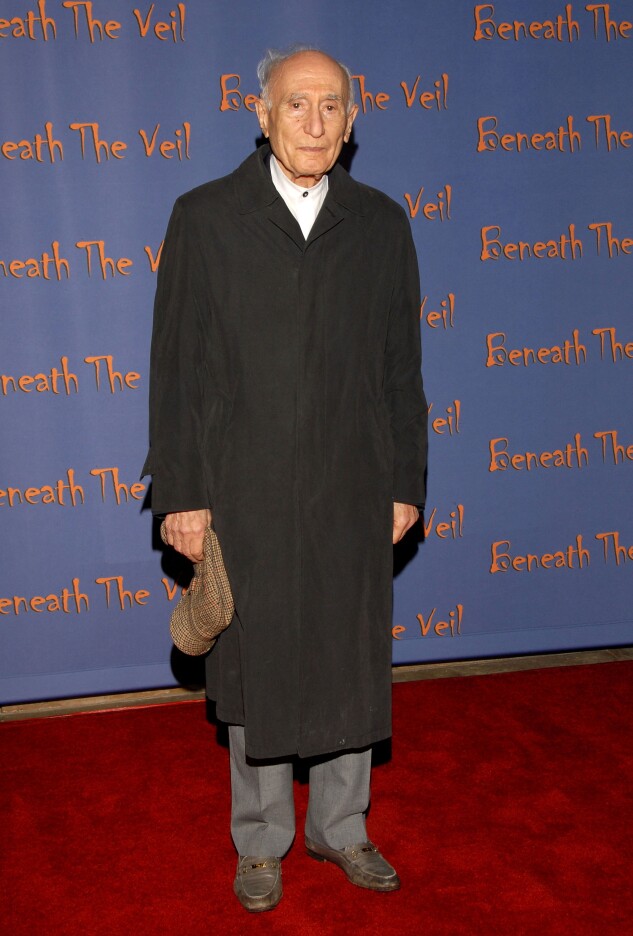 Ehsan Yarshater arrives at a 2009 showing of a documentary about the Taliban’s impact in Afghanistan.
Photo by Mark Sullivan/WireImage

Yarshater began creating Encyclopaedia Iranica in 1973, five years after founding Columbia’s Center for Iranian Studies. He served as editor-in-chief for assembling dozens of volumes featuring contributions from more than 1,300 scholars, according to a website run by the foundation he established in 1990.

Columbia named the Center for Iranian Studies after Yarshater months before he died at age 98. But the dueling complaints show the animosity that developed between Yarshater’s foundation and the university. The foundation said Columbia refused to return its property and profited from work it didn’t own, while Columbia accused the foundation of interfering with its business and deceiving the U.S. Copyright Office over copyright ownership since 2003.

The Encyclopaedia Iranica Foundation said in its complaint that starting in 2003, at Yarshater’s request, it began listing itself as owner in copyright registrations for encyclopaedia volumes. It alleged Columbia without permission contracted with co-defendant Brill Publishing in 2017 to infringe its copyrights and profit from Yarshater’s work.

Columbia said it never authorized the foundation to list itself as the registered copyright owner and wasn’t aware of it until 2017. It accused the foundation of interfering with the center’s business in the year after Yarshater retired in 2016 by demanding that funds could only go towards the encyclopaedia dictating what scholars chaired a panel at a university seminar, and demanding the center draw up a business plan for the foundation.

Attorneys say it could be difficult for the foundation to claim ownership of the encyclopaedia. Raffi Zerounian, a intellectual property attorney at Hanson Bridgett LLP in Los Angeles, said it was “very interesting” that the foundation didn’t address whether Yarshater assembled the Iranica work using the university’s facilities, as Columbia claims.

“The thing is, you can’t ignore that. If a work is created within the scope of your employment, the employer is the owner,” Zerounian said. “It’s going to be a challenge for the foundation to claim that Columbia has no rights to this work.”

Columbia said it rejected the foundation’s request to transfer Iranica ownership to it in 2015 under a policy allowing professors to request rights to work without likely commercial value. The request could be seen as an indication that the foundation didn’t believe it had the rights, Mark Simpson, a copyright attorney at Saul Ewing Arnstein & Lehr LLP in Philadelphia, said.

“Why did they ask for it?” But what it really boils down to is what were the university policies, what contracts were signed that control who owns what, and, if no contracts covered it, what is New York common law,” Simpson said.

Columbia’s complaint didn’t mention anything indicating that Yarshater had signed anything transferring his work to Columbia, but instead cited its policy. An unsigned, unilateral policy can’t assign rights by itself, Joel Samuels, an intellectual property attorney at Harness Dickey & Pierce PLC in St. Louis, said.

Without a signed agreement, the question becomes whether compiling the encyclopaedia fit squarely “in the scope” of Yarshater’s job, Samuels said. “I don’t know how broad his employee agreement was,” he said.

Such university agreements can be vague, Gard said. Schools generally worry more about more commercially valuable patent rights, and leave their relationships with humanities institutions unclear, she said. Universities generally grant copyrights to professors because they don’t want to aggravate their employees over work that’s usually not that profitable, academics say.

“The way copyright law deals with works made for hire has never applied to academics,” Christine Haight Farley, a copyright law professor at American University in Washington, D.C., said. “It’s not based on any law; it’s a customary understanding.”

But even if professors ask universities for rights to their work, it’s not clear whether the schools legally have those rights in the first place.

The U.S. Court of Appeals for the Second Circuit grazed the issue in 1988 in Hayes v. Sony Corp. by contrasting the high school teachers in the case with professors. There were “good reasons” for a “universal assumption” that professors owned their work, even if it was researched and written using university resources, the court said. It cited the lack of employer supervision during preparation of academic books and articles.

However, it’s “widely believed” that the Copyright Act of 1976 abolished such a teacher exception, the Second Circuit said, even though congressional records don’t indicate that was intended. The court didn’t take a firm stance on the matter.

Federal district courts have issued a number of non-binding opinions on copyright ownership of academic work.

The Southern District of New York in 2005 reserved for trial a contested question in Pavlica v. Behr of whether a teacher who designed a new course without direction fell under the scope of his employment. The District of Colorado Colorado in 1998 ruled in Vanderhurst v. Colorado Mountain College Dist. that a junior college professor’s outline fell within his scope of employment, which included curriculum development.

“I wonder whether these pressures are going to cause us to finally come to grips with this more customary understanding that we have,” she said.