Chief Justice backed calls for the federal courts’ policy making body to review rules that have led to a concentration of patent cases in a Texas court criticized by Silicon Valley heavyweights like and ’s Google.

In his annual year-end on the judiciary, Roberts said the Judicial Conference of the U.S. is going to review the issue of judicial assignment and venue for patent cases in federal trial courts. Roberts had asked the Director of the Administrative Office, who serves as the secretary of the Judicial Conference, to present the issue after members of Congress from both parties that a quarter of all patent cases in the nation are concentrated before a single judge in Waco, Texas.

Roberts said a study of the “arcane but important matter of judicial administration” is a “good example of a matter that self-governing bodies of judges from the front lines are in the best position to study and solve -- and to work in partnership with Congress in the event change in the law is necessary.” 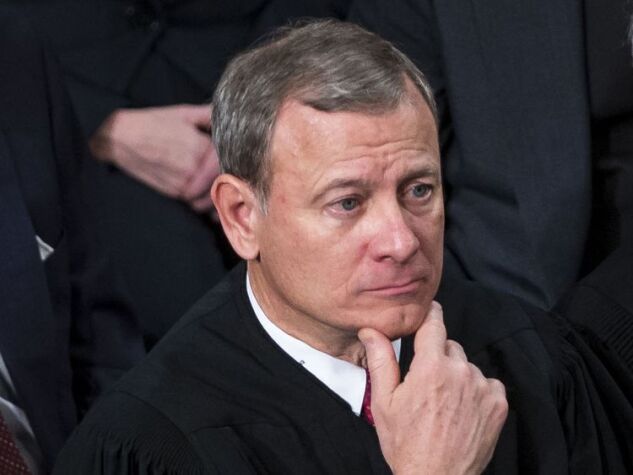 o were financial disclosures and workplace harassment -- illustrates the pressure the judicial branch has come under to address the issue.

Courts in Waco in the Western District of Texas and Marshall in the Eastern District have long been the of tech companies. In the first year that most courts around the country were closed because of the pandemic, in the two districts slapped companies like Apple and with more than $3.7 billion in damages, including a $2.2 billion against Intel in Waco.

The Texas courts are particularly favored by patent-licensing firms, often called the pejorative “,” whose sole purpose is to collect royalties. The companies don’t make products, nor in many cases are they the original inventors of the patented technology. The firms often file dozens or even hundreds of lawsuits against tech developers, manufacturers and retailers in hopes of a quick payoff.

The much-criticized actions of those firms has enabled tech companies to lob the “troll” word at any almost any patent owner that sues them, including universities, research firms and struggling business that argue they’ve been overwhelmed by the power of Silicon Valley.

The review by the Judicial Conference, which could issue its report by May 1, will focus on the Western District, where local rules allow litigants to select the particular courthouse where they want to file their cases. District Court Judge , a former patent litigator, is the only judge in Waco, and patent owners have flocked to his court since he was appointed by former President Donald Trump in 2018.

The U.S. Court of Appeals for the Federal Circuit, the nation’s top patent court, has repeatedly Albright for to let cases out of his court, in several instances ordering him to transfer suits to California where the tech companies are based. In response, Albright has some cases to Austin, also in the Western District, where the suits were then assigned to other judges.