The U.S. Court of Appeals for the Federal Circuit in Washington is the only federal appellate court that has never had a Black judge.
(Photo by Perry Cooper)

The Court of Appeals for the Federal Circuit is the only federal U.S. appellate court that’s never had a Black judge.

There have also been only been a small number of Black law clerks in the Washington-based court’s 38 years. Several of those say they never saw a Black attorney argue a case while they were clerks. And now that they’re lawyers practicing before the court, they say it’s rare to see a peer in the courtroom.

“It was hard to miss the lack of other Black faces,” said Damon Lewis, of counsel at DLA Piper in Washington.

Eight Black former clerks interviewed by Bloomberg Law stressed that they had very close relationships, professional and personal, with the judges they clerked for. Several called clerking the best part of their career.

But some were also left with the impression they didn’t belong, if for no other reason than they saw no other Black faces. And they question whether that allowed for the most effective justice.

Lack of racial diversity has long been a problem in law, but it’s particularly acute in the intellectual property specialty. Just 1.8% of IP lawyers are Black, according to 2017 data from the American Intellectual Property Law Association. The Federal Circuit’s docket is about two-thirds patent cases, although the judges and clerks don’t all have technical backgrounds.

That lack of Black judges on the Federal Circuit has “historically been a blind spot for that court,” said Justin Pierce, former chair of the IP section of the National Bar Association, the largest national network of Black attorneys.

“To not have a sufficient number of African American law clerks, or to have a history of not having African American judges, it means that such a court misses out on the perspective of a major segment of the U.S. population,” Pierce, partner at Venable LLP in Washington who didn’t clerk at the court, said. 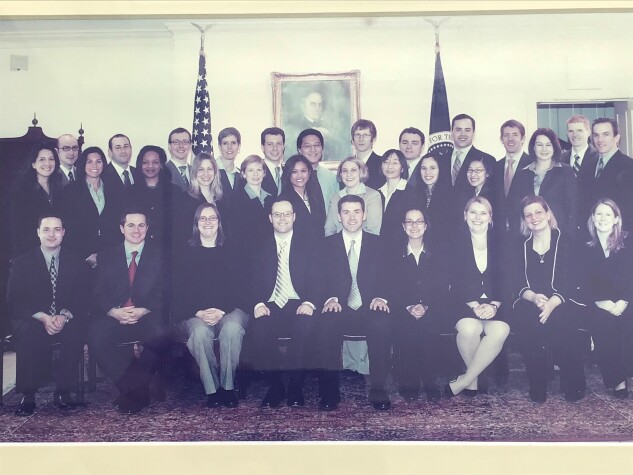 Tara Elliott, third from left in second row, clerked on the U.S. Court of Appeals for the Federal Circuit from 2007 to 2008. She’s now a partner at Latham & Watkins in Washington.
(Photo provided by Tara Elliott)

Judge Haldane Robert Mayer, for whom Lewis clerked for from 2007 to 2009, didn’t consider him his Black clerk—it was just, “you’re my clerk and your job is to make me smarter,” Lewis said.

Christian Hines said he had a great relationship with Judge Pauline Newman when he was her clerk from 2014 to 2016. As a woman and legal pioneer, she understood what it was like to be discriminated against, he said.

But outside her chambers, he said, he heard racist comments from other judges and clerks.

Hines, who has stopped practicing law, remembers hearing another clerk say “Is that a clerk? He’s Black,” and being asked if he was the security guard. He now consults companies on managing their patents and is CEO of a tech startup in Chicago.

Others suggested it was discouraging to be the only Black attorney at the court.

“Having a space where you feel like you belong and you see others like you is very powerful,” Lukman S. Azeez, associate at Wiley Rein in Washington, said. He clerked for Judge Evan J. Wallach from 2014 to 2016.

The court’s patent-heavy docket plays a role in the low number of Black attorneys.

The root causes of the low number of Black IP attorneys include inequities in education that have “limited the number black students pursuing scientific, technical or engineering degrees,” Pierce said. Having a “technical background is a prerequisite, for example, to being able to prosecute patent applications,” he said.

The low numbers among clerks are partially due to the fact that Black attorneys most often clerk for Black judges, said Brittany Amadi, partner at Wilmer Hale in Washington.

“People gravitate towards those that remind them of themselves,” she said. 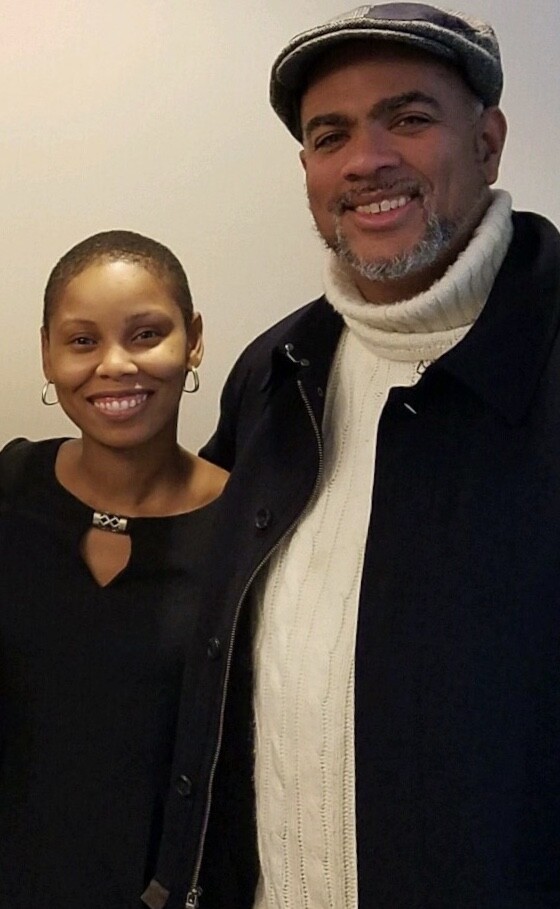 Erin Leach, managing associate at Orrick in Orange County, Calif., clerked for Chief Judge Sharon Prost from 2018 to 2019. She sees the issue as deeper than lack of a pipeline, pointing to factors from insufficient retention of Black attorneys in Big Law to insidious stereotypes that Black people aren’t articulate or can’t write.

“We want to write briefs, and we want to argue cases, and we want to sit on the bench,” said Aaron Clay, associate at Finnegan, Henderson, Farabow, Garrett & Dunner LLP in Washington. Clay clerked for Judge Kara F. Stoll from 2017 to 2018.

“The legal system is incomplete without our representation at every place, including the Federal Circuit,” said Tara Elliott, partner at Latham & Watkins in Washington. She clerked for Judge Raymond C. Clevenger III from 2007 to 2008.

But he said the administrative law portion of the court’s work—including veterans’ cases and employment disputes against the government—does affect Black people.

“There’s a misconception that because there aren’t any Black judges or Black jurors and very few Black clerks, that there is no business case for having a Black attorney argue before the Federal Circuit,” Leach said. “I just don’t think that’s true.”

Judges and clerks take note when a Black attorney argues, and it lets companies publicly signal that they value diversity, Leach said.

It also makes an impression on the judges, Davis said.

“If you start to see enough African American lawyers standing up and arguing these cases at the Federal Circuit, then the Federal Circuit judges don’t think it’s odd to see a Black lawyer arguing and they are more likely to hire clerks that look like those people,” he said.

Without already having connections in the legal system, Black attorneys may not stand out in a pool of hundreds of applicants to become clerks.

Until there is a Black judge on the court, firms play a role in identifying talented Black associates and recommending them to the judges for clerkships or giving them a chance at their first argument.

Clerks also play a role in helping judges vet applications for new clerks, Hines said. If white clerks are drawn to people who look like them, it perpetuates the cycle, he said.

“Historically these positions have become so competitive that many of us take ourselves out of the game by not even applying because we don’t feel like we have a fair chance,” Clay said. “I know personally that there are many Federal Circuit judges who are eager to seriously consider diverse clerks—we have to put our foot forward and apply.”

Amadi, who clerked for Judge Timothy B. Dyk from 2011 to 2012, hopes the president who gets to nominate the next judge for the Federal Circuit will consider diversity. Of the last eight judges who joined the court, three are women, two are Latino, and one is Asian American.

Hines said he is concerned that the number of Black clerks will fall as judges focus more on hiring from elite law schools. And law firms may be reluctant to put forward their best Black attorneys because they run the risk that they won’t come back to the firm after their clerkship, Davis said.

“When you find an African American person working in this field who has a district court clerkship and a Federal Circuit clerkship, we’re a little bit like unicorns,” he said. “The larger societal benefit and the benefit in the legal profession is unassailable, but it may not necessarily be in your best interest to send off your superstar African American attorney to go clerk.”

- Ian Lopez contributed to this article.