Beyoncé performs during the ABC telecast of the 94th Oscars® on Sunday, March 27, 2022, in Los Angeles.
Photo by Mason Poole/A.M.P.A.S. via Getty Images

Musician Kelis’ claim that she wasn’t properly credited on Beyoncé's new album “Renaissance” provides a warning to emerging artists, who could find themselves locked out of lucrative royalties if they don’t secure credit for their contributions.

Beyoncé's track “Energy” included an interpolation—a piece of an existing composition that’s borrowed and re-recorded—of the 2003 R&B dance hit “Milkshake.” It cited Kelis, who was 24 when the song debuted nearly two decades ago, as the performer and the Neptunes production duo of Pharrell Williams and Chad Hugo as the songwriters.

The lack of notice about the interpolation prompted Kelis to lash out at Beyoncé and to claim on Instagram “it’s not a collab it’s theft.” But the controversy stems from an older dispute: the pop star accurately credited Kelis as a performer and wasn’t obligated to seek her permission because, though Kelis said she helped create the song, she was never listed as one of the “Milkshake” writers.

Kelis’ dilemma is an example of “a common legal mistake” that artists can make “at a young age,” Ivy McNeill, founding attorney at IP firm Canary and Hedge. Emerging artists must fight for the full rights to their music at the time of creation, she said.

This includes documenting their role in musical collaborations, bargaining for fair deals, and fully understanding the contracts they sign, attorneys said.

“You’re just so happy that somebody’s gonna put out a record and you kind of are tempted to sign whatever they put in front of you,” said Robert Clarida, who heads the intellectual property practice at Reitler Kailas & Rosenblatt LLP.

“This isn’t just a hip hop problem or 2020 problem. This goes back as long as there’s been recorded music,” he said. “The attribution of songs has never been a real, exact science in the record business.”

Kelis, whose full name is Kelis Rogers, has taken issue with The Neptunes being credited as the sole writers of “Milkshake,” which debuted on her third studio album in 2003.

In a 2020 interview with the Guardian, Kelis said the two men told her “we were going to split the whole thing 33/33/33, which we didn’t do,” adding that she felt “blatantly lied to and tricked.”

In a pair of Instagram videos responding to the “Renaissance” album release, she said it would’ve been nice to get a heads-up from Beyoncé’s team that “we’re using your record,” even though “we understand that Pharrell totally swindled you out of your stuff.” 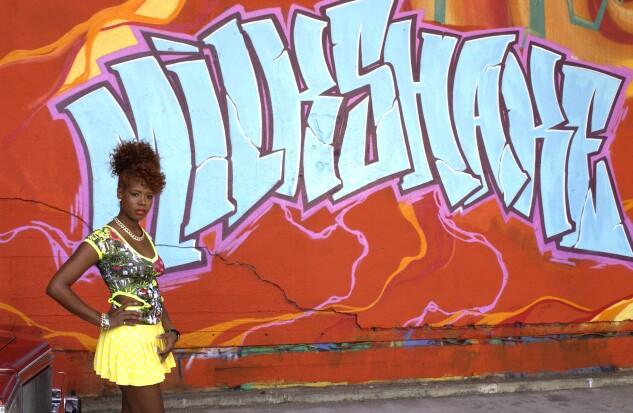 “It’s not a common thing to expect, if you’re going to use a piece of another artist’s song and the artist doesn’t have the rights, that you’d give them a heads up,” said Mark Jaffe, an attorney at 5 Bridges Law.

An artist who wants to borrow from another’s work needs permission only from the original composers and the record label, and by all appearances Beyoncé’s team followed protocol, McNeill said.

Kelis “doesn’t have the authority to make those types of decisions or approvals for the record,” she said.

Kelis previously said she signed a contract that she didn’t understand, allowing her producers to take all of the credit—and collect the royalties from—her musical compositions.

Unfortunately, this is a longstanding problem that many young artists encounter, according to Clarida of Reitler Kailas & Rosenblatt. Emerging artists’ lack of bargaining power when they are starting out can put them at a disadvantage, which can compound later in their careers.

The royalties for musical compositions are calculated through what’s known as a split sheet, said Tami LaTrell, a creator who has written for artists including Whitney Houston and who now runs music publishing firm the Mezzo Agency.

Artists should immediately document who was in the room collaborating on a song and determine how much each person contributed to the work to ensure everyone gets proper credit, she said.

“Songwriters need to get those splits the day the song ends,” LaTrell said. “As soon as the song is done, that needs to go down on paper.”

In Kelis’ case, it’s difficult to prove, nearly 20 years after the song’s release, that she should’ve been credited as one of its creators, according to LaTrell.

“If that in fact happened, where they did not give her a publisher’s share, she would’ve had to prove that she was in the studio with them collaborating at that time,” LaTrell said.

Michelle Miller, who runs boutique IP practice the Brillionaires Law Firm, said it’s also important to understand the dual copyrights that cover a musical work: the musical composition—split among the producers, lyricists, and other collaborators—and the song recording, usually owned by the record label.

While Beyoncé acknowledged her as the original performer of “Milkshake,” Kelis can’t make money off of, nor does she have a say in, how the underlying composition is used.

“That’s something that emerging artists need to understand. Are you the owner or just the performer?” Miller said. “This should be a wake-up call: know the deal that you’re signing.”

Misunderstandings about the distribution of music rights have plagued other young, high-profile artists. Taylor Swift, for example, is in the process of re-recording her back catalog so that she’ll own the master tracks in addition to the underlying compositions.

When she announced that she’d be re-releasing her older albums, she wrote that it was in response to the “worst case scenario” of losing control of her master recordings, and that unfortunately, “this is what happens when you sign a deal at fifteen.” 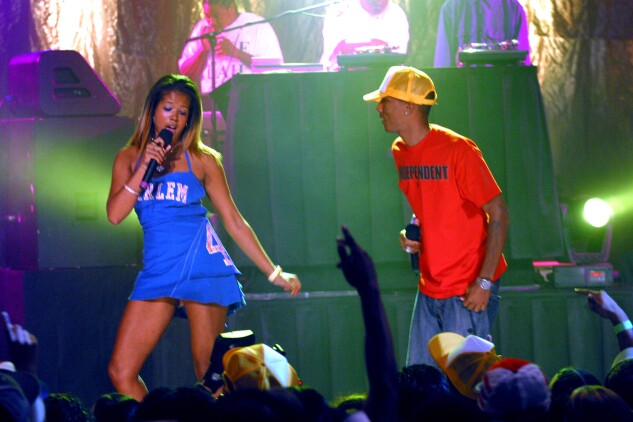 Clarida noted that there’s not a lot of litigation over songwriter claims because the parties often settle, or the person failed to secure their legal rights to the song during the creation process.

In a 2001 copyright infringement case against Jay-Z, singer Demme Ulloa claimed that she wasn’t given proper performance or authorship credit for her vocals on the song “Izzo (H.O.V.A.)” and received no compensation for her work.

David Baum, who also represented Universal Music and Jay-Z in the case, said that these claims aren’t always reflective of what actually happened in the studio.

“It’s certainly very easy for someone to take the theme of an emerging artist getting taken advantage of in the studio and getting robbed,” said Baum. “But I can tell you, in my experience, that the counter narrative is true: that a successful recording artist is being held up because someone is trying to use them as a way to cash in.”

Though Beyoncé had no legal obligation to inform Kelis she was using the song, fans noticed that the Grammy winner removed the borrowed portion of “Milkshake” from the “Energy” track a few days after Kelis’ social media post.

The move is less an admission of culpability and more an attempt to manage “potential fallout” from the public, said Serona Elton, director of the music industry program at the University of Miami Frost School of Music.

“I doubt Beyoncé wants to have a recording out there that is creating a bunch of bad feelings, especially for a fellow female Black artist,” Elton said.

According to Elton, Beyoncé’s public recognition of the issue could indicate that producers Williams and Hugo are also conscious of Kelis’ displeasure with her lack of ownership rights.

“At this point, she’s made enough of a public statement about this that frankly, Pharrell and Chad are on the hot seat,” Elton said, suggesting that Williams, Hugo, and Kelis might renegotiate her credit on “Milkshake.”

In response to public feedback, Beyoncé also removed the word “spaz,” an ableist slur, from another Renaissance track, “Heated.” The post-release tweaks to the album show that the former Destiny’s Child member is trying to keep fans focused on the music, not any controversy surrounding it, said LaTrell of The Mezzo Agency.

“It’s a huge, empowering album, but unfortunately, this has been an unnecessary cloud that turned into a storm,” she said.