The U.S. is weighing new tariffs on $3.1 billion of exports from France, Germany, Spain and the U.K., adding to an arsenal the Trump administration is threatening to use against Europe that could spiral into a wider transatlantic trade fight later this summer.

The U.S. Trade Representative wants to impose new tariffs on European exports like olives, beer, gin and trucks, while increasing duties on products including aircrafts, cheese and yogurt, according to a notice published late Tuesday evening. The statement lays out a month-long public comment period ending July 26.

The move coincides with a six-month review of the Trump administration’s tariffs on European goods in retaliation for Brussels’ illegal subsidies to Airbus SE. If the U.S. moves forward with new tariffs, they would likely come in September -- by which point the WTO is expected to determine whether the EU can legally impose tariffs on $11.2 billion worth of U.S. goods in retaliation for America’s illegal subsidies to the Boeing Co. 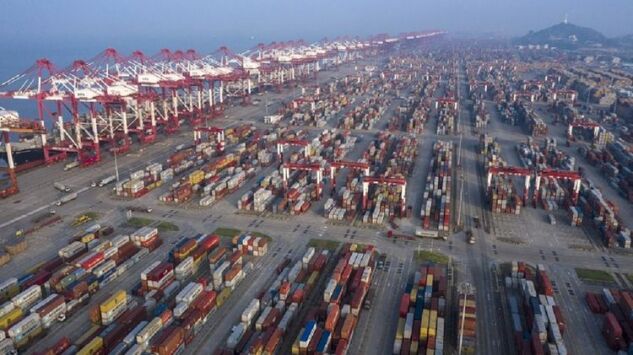 WATCH: The United States is threatening a new round of tariffs on $3.1 billion of exports from four European nations that could evolve into a wider transatlantic trade fight later this year.
Markets: European Close.” (Source: Bloomberg)

European stocks fell by the most in a week, weighed down by concerns about outbreaks of the Covid-19 virus and renewed worries about trade tensions between the U.S. and Europe. Shares of beverage stocks, luxury-goods companies and truck makers were among the losers.

If the U.S. tariff plan goes ahead, it could hammer European luxury brands like and -- which produce leather goods -- and and , which make cognac and champagne. would be particularly vulnerable because it produces a wide array of these products.

The new duties might be as high as 100%, which would double the price of such products for U.S. importers and may prevent their entry into the U.S. entirely.

Tariffs on British gin could increase U.S. prices at peak season for gin-and-tonics, potentially hurting spirits companies like , the London-based maker of Tanqueray; , the owner the Beefeater gin brand founded in the U.K. by James Burrough; and , the maker of Hendricks gin.

New U.S. duties might also dampen demand for German beer ahead of any Oktoberfest celebrations that aren’t already canceled because of the coronavirus pandemic.

The import taxes would add to the 25% tariff the U.S. imposed last year on imports of Scotch and Irish Whisky and liqueurs and cordials from Germany, Ireland, Italy, Spain, and U.K.

The Distilled Spirits Council in the U.S. said it opposed any additional spirits tariffs, which would “escalate trade tensions across the Atlantic and further jeopardize American companies and hospitality jobs already under duress as a result of COVID-19,” according to a statement.

The move is related to Europe and America’s 15-year-old World Trade Organization aircraft subsidy fight. A couple of years ago the Geneva-based trade arbiter said both the U.S. and the EU were guilty of illegally supporting their respective aircraft industries.

In October the U.S. gained the upper hand when the WTO authorized President Donald Trump to retaliate against $7.5 billion worth of in response to Europe’s illegal subsidies to . This year the WTO is expected to deliver a retaliation award to the EU in its separate but related case against U.S. subsidies to .

In the meantime, Trump’s top trade official, , has sought to increase pressure on the Europeans by deploying a particularly damaging tactic called “,” whereby a country periodically shifts tariffs on different groups of goods.

Tuesday’s USTR notice is a reminder that the U.S.’s tariff targets may shift or be subject to higher levies -- a strategy that spreads the sanctions pain across an array of industries, creating uncertainty for businesses and headaches for exporters and importers alike.

Earlier this year the U.S. deployed its carousel retaliation strategy to increase tariffs on exports of Airbus aircraft and parts from 10% to 15%. To date the U.S. has only deployed tariffs on goods worth about half of its permitted retaliation levels.

Lighthizer said his goal in increasing tariffs is to persuade the EU to agree to a settlement. But talks between the U.S. and the EU have floundered this year, and now the EU is preparing to retaliate with new tariffs against an array of politically sensitive .

“The U.S. has stepped back from the settlement talks in recent weeks,” EU Trade Commissioner told European trade ministers on June 9. “If this remains the case, the EU will have little choice but to exercise its retaliation rights and impose our own sanctions.”

The EU has asked the WTO to give it the green light to place levies on as much as $11.2 billion worth of U.S. exports to Europe in retaliation for America’s illegal subsidies to Boeing. The Trump administration argues the WTO award will be much smaller, with only about $300 million at stake.

Regardless of the level of the WTO award, the U.S. is now preparing to hit more European products as a means to dissuade the EU from retaliating at all.

“There is no valid basis for the EU to retaliate against any U.S. goods,” Lighthizer said last month. “We will continue to press the EU to negotiate a resolution that respects the WTO’s findings.”

To contact the reporter on this story:
in Geneva at bbaschuk2@bloomberg.net

To contact the editors responsible for this story:
at brmurray@bloomberg.net