The $70 billion pet care industry illustrates just how far the U.S.-China tariff war reaches and it could soon get worse.
Photographer: Jason Davis/Getty Images for SiriusXM

Pet fish owners could soon pay more for aquarium water filters when they visit their local PetSmart, due to tariffs imposed on imports from China.

A few aisles over, the price of dog and pet food could soon rise as steel and aluminum tariffs increase the costs for producers such as Cargill and J.M. Smucker Co.

It’s not just the pet products coming here: retaliatory tariffs are making it harder for U.S. pet suppliers to sell their food in China, too.

The $70 billion pet care industry illustrates just how far the U.S.-China tariff war reaches and it could soon get worse. If a deal isn’t reached by March 1, dog leashes, collars, muzzles and harnesses are among the $200 billion in Chinese goods that will see the 10 percent tariff effective since September rise to 25 percent.

Pet care companies of all sizes are already complaining about the potential consequences in requests for relief filed with the Office of the U.S. Trade Representative.

PetSmart has asked for an exemption on aquarium water filters, telling USTR that a 25 percent duty would substantially impact retail prices that would be passed on to consumers.

Innovate Pets, Inc. a small veteran-owned start-up in Loudon, Tenn., told USTR that the 25 percent tariff on manufacturing equipment would have “catastrophic” effect on its pet treat business that could result in lower sales and job losses. 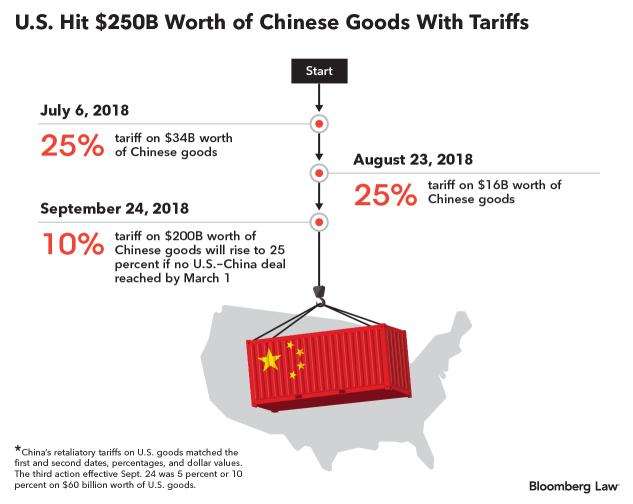 The companies’ exemption requests are pending. Meanwhile, the processing of these requests is at a standstill during the partial shutdown of the federal government while the bulk of USTR is furloughed.

“Our main street businesses are bearing the brunt of these tariffs as well as their customers,” she said. Many products don’t have U.S. manufacturers, such as some fish aquarium filters and filter cartridges, she added.

Companies could be pushed to the brink if a China deal isn’t reached by March 1. “That type of 15 percent increase overnight could have a disastrous effect,” said Mike Bober, Pet Industry Joint Advisory Council president and chief executive office. It could make the difference between “a margin that allows one to continue operating profitably to one that requires them to lay off employees, shut down altogether or pass on costs to consumers.”

The trade war has also set back progress in accessing what could have been an “astronomical” market for U.S. producers, Bober said. Without tariffs and other restrictions related to avian flu and mad cow disease, U.S. pet food sales to China would be about $300 million annually and China could become the number two export market for U.S. pet food firms, Tabor said. But China’s 25 percent tariff on U.S. cat and dog food imposed in the tit-for-tat spat has killed hopes of getting a foothold any time soon.

“Once you lose a customer, it’s hard to get it back,” Gina Tumbarello, American Feed Industry Association, director of international policy and trade, told Bloomberg Law. “I see it snowballing and having an even more detrimental effect,” she said. “The tariff issue isn’t just about tariffs it’s about our relationship with China.”

The pet care industry is also getting hit with higher packaging and equipment costs as a result of President Donald Trump’s steel and aluminum tariffs. “Our members have seen their packaging costs go up commensurate with the tariffs,” Tabor told Bloomberg Law.

These companies have seen increased prices for steel and aluminum that could get passed on to pet food companies. What’s more, the Commerce Department process allowing manufacturers to seek exclusions from tariffs has stopped because of the partial government shutdown.

With assistance from Christina Brady.