As the pandemic penetrates more deeply into global supply chains, prices for key staples are starting to soar in some parts of the world.

Rice and wheat -- crops that account for about a third of the world’s calories -- have been making rapid climbs in spot and futures markets. For countries that rely on imports, this is creating an added financial burden just as the pandemic shatters their economies and erodes their purchasing power. In Nigeria, for example, the cost of rice in retail markets soared by more than 30% in the last four days of March alone.

It’s unclear what the biggest drivers were for the retail prices, whether it was a trickle-down effect from grain futures or local logistical choke points or panic buying, or a combination.

What is clear is that, while the world isn’t about to run out of food anytime soon, anxiety over policy makers’ ability to deliver it to the right place at the right time and at the right price is mounting. 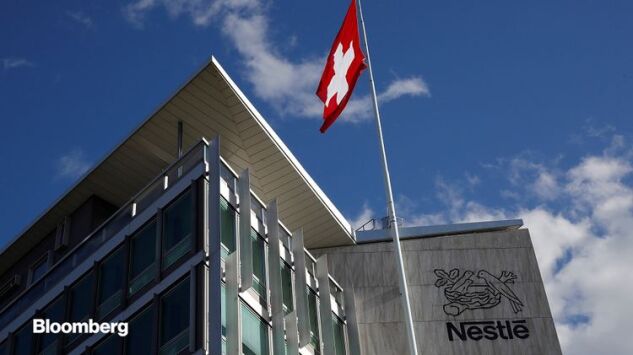 WATCH: Nestle SA is struggling to keep up with consumers’ appetite amid the coronavirus pandemic as obstacles slow down production at the world’s largest food and beverage company.
Markets: European Open.” (Source: Bloomberg)

“Without the coronavirus, there would not be any problem whatsoever,” said Stefan Vogel, head of agricultural commodity research at Rabobank International. “People are getting worried about the supply chain.” 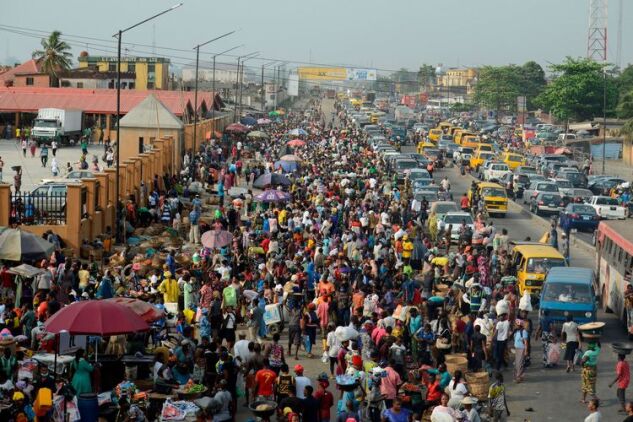 Most price measures in the broader economy at the moment are moving things in a different direction. There are concerns over deflation as the pandemic shutters businesses, sparks unemployment and unravels the oil market. In fact, a gauge of global fell sharply last month, primarily a ripple effect from the energy plunge which cripples demand for crops like sugar that get turned into biofuels.

However, food prices don’t move uniformly around the world. Even within that broader drop, some critical staples were outliers. Rice posted a third straight monthly increase.

While global grain inventories have been plentiful for several years, the response to the virus is unleashing ripple effects making it harder for staples to get where they’re needed and helping drive the price gains. That’s happening at the same time that demand has spiked with people loading their pantries while they stay home as much as possible.

Adding to the pressure, countries including Russia, Kazakhstan and are moving to secure domestic supply by restricting exports that the world depends on.

The result? Export prices for rice from Thailand, the world’s second-biggest shipper, are at a six-year high. Wheat futures in Chicago, the global benchmark, shot up more than 8% in March, while Canadian durum, the type of grain used in pasta and couscous, is at the highest since August 2017.

There are also signs that price gains could be making their way to consumers for some foods in the U.S. Wholesale egg prices rose to a record as grocers boosted orders by as much as six times normal volumes. Beef also surged, though some of the gains have eased in the last week. 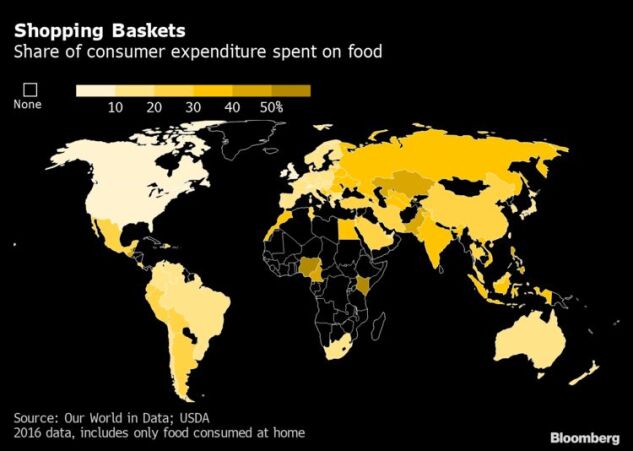 Wheat and rice are the world’s most consumed food crops. Staple-crop prices have a long history of fueling political instability. During the spikes of 2011 and 2008, there were food riots in more than 30 nations across Africa, Asia and the Middle East.

To be clear, it’s likely the supply disruptions could prove temporary. And that will probably mean that wheat and rice will stabilize. In the last several years, have been relatively benign thanks to plentiful supplies. Global rice and wheat reserves are both projected at all-time highs, according to the U.S. Department of Agriculture.

But in the meantime, higher prices seen in recent weeks could hit countries that are more sensitive to fluctuations. That’s especially true for nations where food makes up a bigger part of overall household budgets, and it puts the world’s most vulnerable in further risk. Virus-related effects are also exacerbating price gains where food inflation was already an issue.

And it’s not just staple crops rising. Prices of fruit and vegetables, essential in providing nutrition, are also going up in many parts of the world.

“Within countries there are going to be a lot of people who currently can’t make money,” said Rami Zurayk, a professor at the American University of Beirut specializing in food security. “If their incomes decline, the quality and quantity of the food is going to be declining, especially if this matched by an increase in price.”

In Nigeria, stay-at-home orders from state governments have sparked panic buying. Snarled transportation means fewer goods are getting to markets and grocery stores, and inventories are depleting, said Saudat Salami, who owns an online food retailer in Lagos. Some traders in the food markets where she get supplies have also been afraid to stay in operation as the virus spreads, she said.

Rikotu Isah, a rice farmer from Kebbi, the country’s largest producing state, said there haven’t been significant problems with this year’s crop yet, since the harvest just started.

“But if restrictions on movement persist and we can’t transport our produce to the market, there will likely be a shortage in the market that will affect prices,” he said. 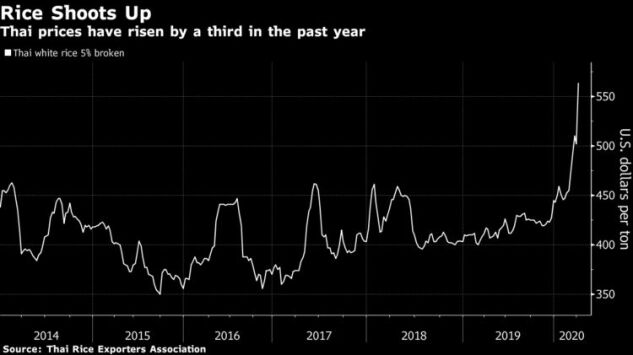 Governments are working overtime to keep prices stable and inflation under wraps.

Algeria, Turkey and Tunisia have already stepped up their wheat purchases in recent weeks to supplies. Egypt and Saudi Arabia have said they will be boosting grain reserves. The Philippines is allocating more than $600 million for food sufficiency efforts and plans to buy 300,000 tons of rice.

Not everyone expects that government intervention can keep things under control, though.

Lalatendu Rath runs a small grocery store in the eastern Indian state of Odisha. He shut his shop for safety reasons as cases mount in the nation. Local authorities are controlling prices for essential commodities including food, but he has bought about 50 kilograms (110 pounds) of potatoes, or about three months worth of his household’s needs.

“There is no guarantee if prices of staples will remain stable,” he said. “It’s better to buy a little more than the normal requirement, as we have children in the family to feed.”

Overall food prices are still well below the peaks from 2008 and 2011 amid the big stockpiles. The oil slump should also help keep costs down for farmers, which tends to put a lid on crop prices.

But food-importing nations are also up against a surging U.S. dollar, which makes commodities more expensive for importers. The dollar is the most expensive ever against the Algerian dinar, and near a record against the Saudi riyal and Indonesian rupiah.

Climate change is also a major factor in the outlook. Drought has recently plagued rice crops in Thailand and Vietnam. In Australia, years of dryness have reduced vegetable plantings and sparked some shortages. If this year’s global wheat harvest sees problems, that could prompt more countries to place limits on exports and spark further price gains.

The virus also hasn’t yet spread widely in places with food insecurity, particularly sub-Saharan Africa. If it does, there’s a chance that harvests will shrink, food prices will spike and more people will go hungry, the Agricultural Market Information System, a G20 initiative, said.

“All bets are off the table right now,” said Neil Townsend, an analyst at FarmLink in Winnipeg, Manitoba. “Food security is going to be a big issue.”