Bottles of liquor are displayed behind the bar at Bloom's Tavern in New York, U.S.
Photographer: Angus Mordant/Bloomberg

Wine and spirits distributors and importers, many of them small businesses struggling during the coronavirus pandemic, are pressing the Trump administration to lift tariffs on European goods, saying the levies hurt Americans most.

“As a small business, you never think your government is going to be the most difficult burden in your journey,” said Ben Aneff, president of the U.S. Wine Trade Alliance and managing partner of Tribeca Wine Merchants in New York City. “It’s not fair for us to be a punching bag in a trade dispute.”

The distributors and importers are pleading for the government to lift its duties on specific products from the European Union, including Scotch and Irish whiskeys, liqueurs, cordials, and wine. Covid-19 outbreaks forced bars and restaurants to shutter, further hurting the wine and spirits industry.

Lawmakers of both parties have also urged President ‘s administration to reconsider the duties. For now, the 25% tariff will remain in place, the U.S. Trade Representative’s Office reiterated in August.

The agency’s decisions are “currently damaging small mom-and-pop restaurants and wine businesses throughout the U.S. at the height of the worst pandemic in the century,” Aneff said in a telephone interview. “These tariffs do significantly more financial harm to U.S. businesses than to their targets abroad.” 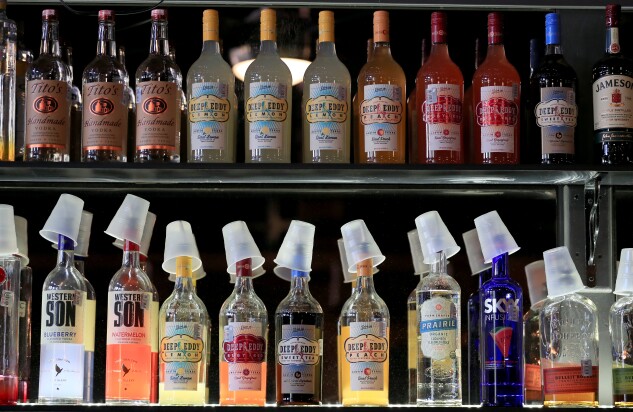 The Office of the U.S. Trade Representative didn’t immediately respond to requests for comment.

The U.S. began imposing tariffs last October on select European goods. The move followed the World Trade Organization’s confirmation that the U.S. could take $7.5 billion in countermeasures against the EU, which hurt the U.S. aerospace industry—and the specifically—by illegally subsidizing , a rival aircraft manufacturer. Imports from France, Spain, Germany, and the U.K. bore the brunt of the duties.

A bipartisan group of more than 160 members of Congress urged U.S. Trade Representative to lift the tariffs on European wine and spirits, among other food and drink products, pointing out that “the economic crisis resulting from the COVID-19 pandemic has been particularly hard for the food, beverage, and hospitality industries.”

“Additional duties on imported wine, spirits, and food products like fruit, pork, and olive oil cut into their already tight profit margins, further threatening the survival of these industries and the many jobs they support,” the legislators said in their July 29 letter, spearheaded by Reps. (D-N.J.) and (R-Ohio). Thirteen senators followed up with a similar letter in August.

“I was disappointed USTR ignored our overwhelming bipartisan request to remove food and drink tariffs,” Pascrell said in a statement. “It is not easy getting that many Democratic and Republican members behind any effort these days.”

The trade dispute comes as the Craft Beverage Modernization and Tax Reform Act is set to expire at the year’s end. Congress reduced tax rates on beer, wine, and spirits for two years under the Tax Cuts and Jobs Act () of 2017, then extended them through 2020.

Despite bipartisan backing, legislation ( and ) to make the cuts permanent hasn’t advanced.

Peter Weygandt, president of Weygandt-Metzler Importing, Ltd., said the pandemic cost his company virtually all of its restaurant industry sales, and reduced business with distributors dramatically. He deals largely in French wines, and said his company has paid almost $650,000 in tariffs since last October.

“We are not in the position to raise our prices anywhere near what the tariff is costing us, so we, as the importer, are absorbing the loss,” said Weygandt, whose company has offices in New York and Pennsylvania. “It’s really a punitive tax on American companies.”

The trade tiff isn’t showing signs of letting up: Another WTO ruling would authorize the EU to set retaliatory tariffs on $4 billion worth of U.S. exports, with agriculture likely to take a hit, Bloomberg reported last month.

EU Eyes Tariffs Against the U.S., Putting Economy at Risk

“We really, really hope that the U.S. and the EU can get to the negotiating table because our industry has been impacted greatly as a result of the tariffs,” said Chris Swonger, president and CEO of the Distilled Spirits Council of the United States. “It’s having a devastating impact on both sides of the Atlantic.”