When lawmakers and regulators who wrangle over environmental, social and governance issues traveled through Union Station in Washington this summer, they likely passed beneath a billboard showcasing the new ESG advisor for the cryptocurrency platform FTX: Gisele Bundchen.

After its catastrophic collapse in November, investors sued not only FTX but its supermodel backer as well, for endorsing the exchange in what they alleged to be a kind of star-studded Ponzi scheme.

The case stands as a stark reminder of how the rise of celebrity endorsers of corporate sustainability efforts has created risks for both the companies and the bold-faced names serving as their pitch men and women.

At the same time, companies are being scrutinized on multiple fronts: consumers and activists challenging questionable pledges about their environmental efforts; Securities and Exchange Commission regulators seeking to weed out misleading ESG claims; and Republican lawmakers who scoff at the acronym as “woke capitalism.”

Ultimately, what makes celebrity ESG or sustainability roles so troublesome is figuring out whether the companies they tout are actually making productive changes, and where the line is between promoting a company or advising it on the intricacies of its environmental impact.

“Certainly there are companies out there that are dedicated to sustainability and I do applaud celebrities that are using their influence to actually promote sustainable practices,” said Eliza Fromberg, a partner at Day Pitney. “It’s just very difficult to parse which part is a marketing gimmick and which is actually environmentally responsible.”

Why FTX would want Bundchen’s public support is no mystery. The model, environmental activist, UN ambassador and philanthropist has more than 20 million Instagram followers. She also has taken on an environmental and community projects advisor role at luxury watch brand IWC Schaffhausen, where she consults with its sustainability committee and endorses its products.

Sports betting company named Bundchen a special advisor for ESG initiatives to the CEO and board, an appointment announced along with a pledge to plant one million trees.

Bundchen and her former husband, Tom Brady, also had an equity stake in FTX, as well as putting on their ambassador hats for the company. Before its collapse, FTX founder and CEO Sam Bankman-Fried spoke publicly about Bundchen’s powerful brand and included her in the campaign when FTX announced it was going “carbon neutral” and donating up to $1 billion to charitable causes.

Since the company’s freefall, Bankman-Fried has acknowledged its past greenwashing, the practice of making misleading or unsubstantiated environmental claims in slogans and promotional materials.

“We thought about ourselves as legitimately trying to do good, but we also thought about what we could do to make sure that our image reflected that,” he told the New York Times.

Bundchen and other celebrity promoters are accused of participating in FTX’s alleged scheme to take advantage of unsophisticated investors. A representative for Bundchen declined to comment on the lawsuit.

Kardashian, meanwhile, drew criticism this fall after announcing she would help Boohoo embark on improving sustainability. The fast-fashion retailer had been under fire, including from British authorities, for greenwashing.

Critics online labeled Kardashian’s new role “a joke” and “utter BS.” But the reality star said she expected the vitriol, and wanted to use her position to better the company. 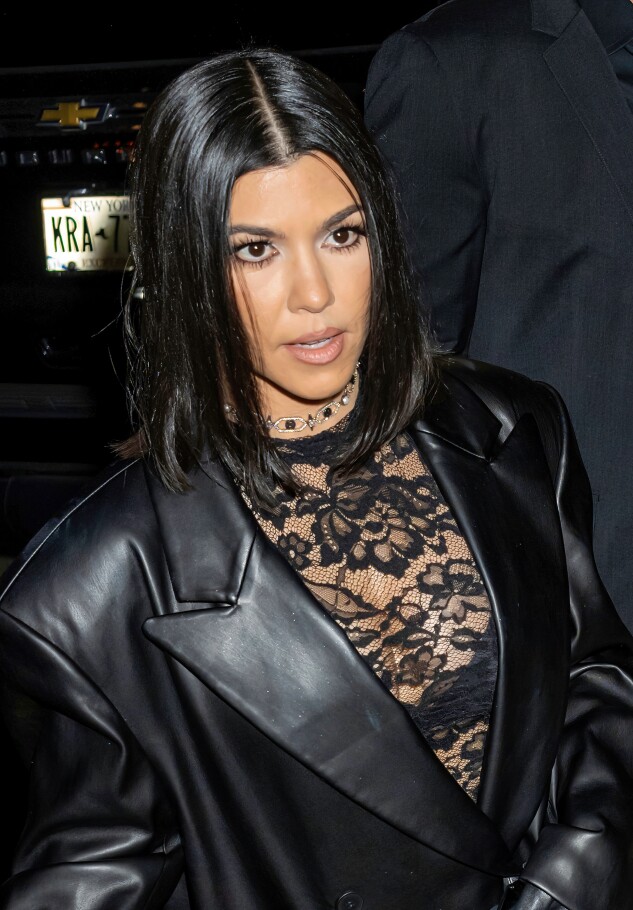 “I thought about how pushing Boohoo to make some initial changes and then holding them accountable to larger change would be impactful. It’s definitely making some noise, which is exactly what I was hoping for,” she said at the time.

The eldest Kardashian sister is one of many celebrities also called out for climate hypocrisy because of their reliance on private jets or excessive water usage as California withers under a historic drought.

So why do companies bother with these partnerships amid so many potential headwinds? The motivation comes from a belief or hope that they can make a profit while also helping the planet, said Robert Thompson, a professor of pop culture at Syracuse University.

“I don’t think most of these companies are twisting their mustaches and saying ‘Haha, let’s sell these suckers on sustainability,’ although I think there’s some of this going on,” said Thompson. “It’s the idea that ‘We can make money while also looking like we care, and it makes us feel good personally.’”

Celebrity partnerships with companies also beg the question: Are they getting paid, and if so, how much? The answer isn’t always clear. Some, like Kardashian’s, come with blockbuster marketing campaigns and fashion lines, while others take a more muted approach with just a press release or references in corporate reports.

Consumers in the Courts

At the same time, consumers are increasingly focused on greenwashing, and taking steps to demonstrate how misleading sustainability ads harm their pocketbooks and the planet. In July, a marketing student sued H&M in a Manhattan federal court, arguing that she overpaid for a product because the company’s advertising provided a fabricated “environmentally rosy picture.” The Swedish fashion retailer has not yet filed a response to the lawsuit and declined to comment.

H&M was also dragged in the court of public opinion last year over its partnership with Williams, who, while recognized by many as her “Game of Thrones” character, Arya Stark, didn’t appear to have the bona fides some think the ESG role required.

“We don’t need paid celebrity ‘sustainability ambassadors’, we need sustainability experts who actually know what they are talking about,” said one critic on Twitter, adding that she’d be “delighted to be proved wrong.” Her tweet received 569 likes.

Lawrence Cunningham, a law professor at George Washington University who focuses on corporate governance, said such situations are why he’d counsel companies to avoid the “splashy, promotional” relationships.

“I get nervous when a company announces fanfare, climate-friendly moves, especially with the frenzy of the celebrity endorsement,” said Cunningham. “To me, it’s the opposite of a long-term focus; it’s a very fleeting affair.”

There is, of course, a difference between a hired celebrity endorser and an already rich and famous person who decides to commit their resources to ESG. The latter might describe Prince Harry and Meghan Markle, the royal power couple who this year not only attached their names but their money to Ethic, a fintech focused on sustainable investment. 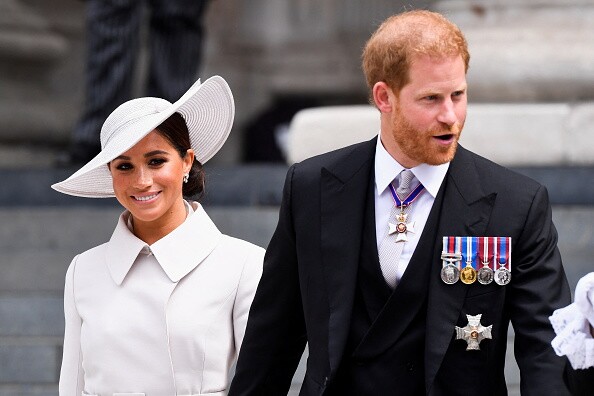 Still, Paul Watchman, a professor and ESG consultant who has worked with the United Nations, said he couldn’t understand why any company would enlist a celebrity to market sustainability. “I’m just a bit speechless that people would do this,” he said.

The attention, likes and retweets that stars can draw to a business are actually what makes celebrity ESG consulting deals especially risky. Just as a celebrity “can enthusiastically bring new people that have never heard” of a company, they can also draw others to learn about the business and decide they might not like what they see, said Thompson.

A grab for the ESG spotlight can backfire as politicians seek to capitalize on sentiment that corporate America is becoming overly “woke.” Republicans like Florida Gov. Ron DeSantis say ESG is a nefarious effort by liberal CEOs to push their own left-wing agenda, pointing to companies including Disney and BlackRock.

The SEC has also shown its willingness to crack down on celebrities, as it did in September when it charged Kim Kardashian, younger sister of Kourtney, for allegedly misleading investors in a social media ad promoting a cryptocurrency token.

“Celebrity endorsements don’t mean that a product is right for you or even, frankly, that it’s legitimate,” SEC chair Gary Gensler said after the Kardashian charges. She has since agreed to pay $1.26 million to settle the case.

It wouldn’t be surprising for the SEC to target misleading celebrity ESG ads, said Jane Norberg, an Arnold & Porter lawyer who worked alongside the regulator’s new ESG task force. “I think that the ESG task force is looking far and wide for cases and certainly I don’t think celebrities are immune from the scrutiny,” she said.

The task force was formed to root out bogus corporate claims. Its actions, targeting business giants including Goldman Sachs, started to become public this spring.

Celebrity ads on social media might be “a good place for the cop to focus the flashlight,” said Cunningham, the GWU professor. “It’s a good place to send a signal that there is someone paying attention, and that you cannot manufacture sustainability.”

Many climate activists have long been set on rooting out false, self-serving claims by companies, and have been pushing for government agencies to bar them from airing deceptive ads. For example, the UK’s advertising regulator banned HSBC for misleading bus-stop posters about its plans to reduce emissions.

“If I had one top line point, it would be on the importance of enforcement,” said Zorka Milin, from the advocacy group Global Witness. “We have these laws on the books, but the problem is they’re not being adequately enforced.”

Greenpeace, Global Witness and Earthworks took aim last year at Chevron, arguing that the world’s second-largest polluter was inaccurately promoting itself as climate-friendly.

In a complaint to the FTC, the groups accused Chevron of using social media to present itself as environmentally conscious “without, of course, actually doing anything or even acknowledging that it is their fault in the first place.”

Their complaint was the first of its kind targeting a company with the agency’s greenwashing guidelines.

Chevron called the accusation “frivolous,” and said it is investing $3 billion between 2021 and 2028 “to advance the energy transition.”

Tracking it all is a challenge. Regulators who once had to keep up with ads on the TV or radio now have to pay attention to every tweet or website post.

Another route activists can take to quell corporate climate marketing is legislation. Maxine Bédat, whose New Standard Institute serves as a nonprofit watchdog over the fashion industry, said that celebrity-backed sustainable fashion lines are especially problematic because retailers tend to sell more clothes—which is inherently bad for the environment—with stars who can attract a broader audience.

She has pushed for state laws imposing environmental reforms on the industry, including that certain companies be more transparent about their environmental impact and supply chain.

Of the trend in celebrity climate collaborations, Bédat said: “Out of the gate, we should be quite skeptical.”

To contact the reporter on this story: at chudson@bloombergindustry.com