Democrats eyeing a permanent extension of the Obamacare subsidies to avoid creating another deadline now say they’re willing to take what they can get to avoid premium increases for 2023 and a rise in the uninsured rate.

Senate Democrats are preparing a partisan bill to direct the federal government to demand lower prices for certain medicines and extend for at least two years expanded premium subsidies for people who get their insurance through the Affordable Care Act’s individual marketplace.

If Congress doesn’t act, and the enhanced premium subsidies from the American Rescue Plan Act expire at the end of 2022, roughly 3 million Americans could lose coverage and become uninsured in 2023, Benjamin Sommers, deputy assistant secretary for health policy at the Department of Health and Human Services, told reporters recently.

And almost 9 million Americans would see their insurance costs increase by more than $400 per person each year, he said. Another 1.5 million would lose their subsidies altogether, which would cost, per person, more than $3,000 annually.

Senate Majority Leader (D-N.Y.) told reporters Tuesday he will hold a vote in coming weeks on a bill to allow the government to negotiate with drugmakers and extend for two more years increased premium assistance for people who get health insurance via the ACA. That legislation represents what Sen. (D-W.Va.) has signaled he’s willing to support.

Democrats, with congressional midterm elections set for November, for months have been warning that allowing expanded ACA premium subsidies to expire would be disastrous politically for them and financially for millions of Americans. However, pushing the deadline back to 2024 would confront Congress with the same problem, but in an election where the White House as well as congressional control are at stake.

“You probably couldn’t have picked a harder year,” Chris Jennings, a long-time health policy adviser for Democrats who worked in the Obama administration during the early years of ACA implementation.

Congress is “not in an environment where there’s some kind of like master plan; that’s not this environment,” Rep. (D-Ill.), who has pushed for extending the premium subsidies, said. “What we’re trying to do is get the American people the lifesaving care they need.”

Underwood noted that Democrats were unable to make significant improvements to the original ACA for a decade until 2021, when—with just Democratic votes—they passed legislation () that reduced premiums to no more than 8.5% of income for eligible households. That law also expanded premium subsidies to households earning more than 400% of the federal poverty level. 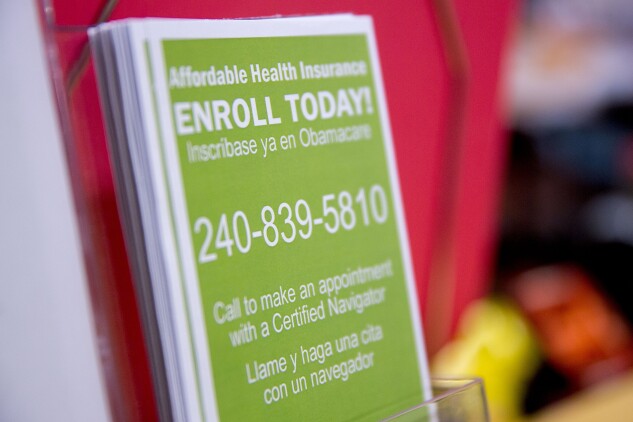 (D-Ore.), chairman of the Senate Finance Committee, said he’s pushing “for as much premium relief as we possibly can get.” He declined to specify if that meant more years of subsidies or larger subsidies.

Democrats have yet to release text of their ACA subsidy agreement and two Democratic aides cautioned Tuesday that Schumer and Manchin were continuing to discuss the details.

Insurers have been preparing to raise their premiums partly because of this anticipated rise in the uninsured rate, insurance industry researchers warn.

In the District of Columbia and seven states with early rate-filing deadlines - Maine, Maryland, Michigan, Oregon, Rhode Island, Vermont, and Washington - average proposed rate increases for marketplace coverage in 2023 are “considerably higher than they have been in the last couple of years,” Sabrina Corlette, co-director of the Center on Health Insurance Reforms at Georgetown University’s McCourt School of Public Policy, said in a recent blog.

The proposed increases are mainly due to growing cost inflation for hospital and physician services and prescription drugs, along with increased utilization of medical services in 2021, and through the first quarter of 2022 among some carriers, Corlette said.

“Going forward, they’re essentially trying to recoup what they lost” along with projecting continued high utilization in 2023, Corlette added.

“The assumption is that when premiums go up, healthy people are going to be less likely to want to pay that more expensive premium,” Corlette said.

If Congress passes a Democratic proposal to renew the subsidies for two years, Corlette said, state insurance departments could allow carriers to adjust their rates downward to reflect the renewed financial assistance,

And even though marketplace insurers are used to lots of policy uncertainty, “there may be some carriers that say ‘I don’t want to deal with all this turbulence,’ and pull out altogether,” or cut their marketing, Corlette said.

“Certainty on the rules of the road are really critical, for long-term stability,” she added. “So if the ARPA subsidies are limited to two years, it’s really unfortunate, but certainly better than nothing at all.”

To contact the editors responsible for this story: at rmeszoly@bgov.com; at csaenz@bloombergindustry.com