The 51-bed Sonoma Valley Hospital in California’s wine country already was struggling to meet stricter earthquake-proof building standards by the 2030 deadline. Then the coronavirus pandemic hit.

The cancellation of elective procedures and surgeries, along with the costs to prepare the facility for Covid-19 patients, has drained almost $3 million from the hospital’s revenues over six weeks, CEO Kelly Mather said. That makes it increasingly difficult to invest $100 million to rebuild the hospital’s inpatient tower to comply with the standards.

“If the 2030 seismic requirements continue as they are today, as written, that will make our hospital close,” Mather said.

The coronavirus crisis is reviving calls to relax the 2030 deadline for seismic retrofitting standards, and lawmakers are keen to debate the issue as the state Legislature prepares for an intense four months through the end of the legislative session.

“I really, really hate when we do one-size-fits-all policies,” said Assembly Health Committee Chairman Jim Wood (D), who represents sparsely populated areas of coastal Northern California. “In rural districts like mine, that means we lose, and that’s really frustrating.” 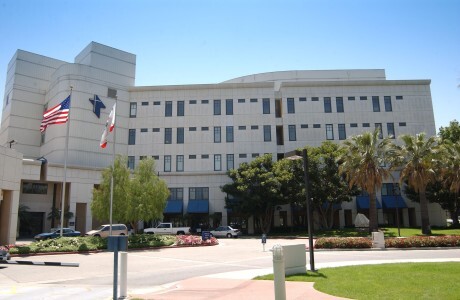 Measures on the Table

Wood said the Legislature could take up a number of measures to address the issue, like introducing a “trailer” bill—which implements specific changes to the law in order to enact the state budget—to increase flexibility or extend the timeline for the retrofits.

“Legislation isn’t carved in stone,” Wood said. “I think there are times when we need to go back and revisit issues because of changes in circumstance.”

Although earthquake standards for hospitals have existed since the 1970s, the most significant measure, SB 1953, was signed into law in 1994, after the Northridge earthquake that year damaged 11 hospitals and caused an estimated $20 billion in damage overall. The law required hospitals to remain fully operational for 72 hours after an earthquake by 2030.

Assemblymember Joaquin Arambula (D), who represents areas in and around Fresno, in California’s Central Valley, also signaled he would make earthquake safety standards a priority.

“I am worried that if we do not start to have these conversations, many of these hospitals are going to have to start making financial decisions regarding long-term infrastructure spending to meet these mandates,” he said.

Arambula acknowledged that the “vast majority” of hospitals has been able to meet the standards. But smaller, rural hospitals are in a more difficult position.

For years, hospital executives have said the seismic standards are expensive and, in some instances, unnecessary for hospitals where earthquake risks are relatively low. Still, many large facilities have managed to raise the funds and obtain the financing to make the retrofits, despite the pandemic.

Both Kaiser Permanente and the University of California San Francisco hospital systems in the San Francisco Bay Area have said the pandemic isn’t affecting their plans to meet the standards by 2030.

The state’s hospitals could lose up to $14 billion because of the rising costs of care of Covid-19 patients and the cancellation of elective surgeries that bring in money, according to the California Hospital Association.

The pandemic is draining hospitals of the capital needed to borrow money through the bond market, Carmela Coyle, president and CEO of the California Hospital Association, said Monday during an Assembly budget hearing. That makes it nearly impossible to finance seismic retrofits.

“It is not just the short-term impact on the hospital and health-care system,” Coyle said. “It is the long-term depletion of the financial strength of that system.”

The Assembly is considering a Senate-passed bill (SB 758) that would shift the “fully operational” standard to emergency, surgical, and post-surgical care, exempting buildings like Sonoma Valley Hospital’s inpatient tower. Mather spoke in favor of the bill, which is supported by the California Hospital Association, at a January legislative hearing.

But moves to delay the seismic standards are not without critics. The California Nurses Association has pointed to successful legislative efforts to delay SB 1953’s deadlines as reason enough not to slow progress on the 2030 standards.

“There are many avenues by which these hospitals can receive funds, can receive taxes and bonds” for seismic retrofits, said Stephanie Roberson, director of government relations for the nurses association. “They’ve had a heads up for decades.”