The first Covid-19 vaccine arrived in record time, an essential step toward ending the pandemic. Now comes the hard part: producing enough shots to immunize the majority of the U.S. population and then getting them into everyone’s arms by next summer.

If successful, the plan could help end a pandemic that’s killed almost 300,000 Americans in the 47 weeks since the first case was recorded. FedEx Corp. and United Parcel Service Inc. picked up the first shipment of the - vaccines from a Kalamazoo, Michigan, factory on Sunday morning. The first deliveries are scheduled for Monday morning and the initial lot will be in all 50 states by Wednesday, according to , the army general who serves as chief operating officer for Operation Warp Speed. 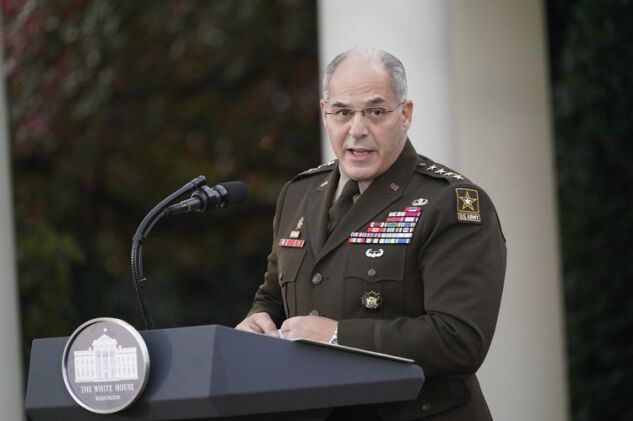 It’s an enormous, historic undertaking that’s already been been marked by confusion and uncertainty. As late as Friday, some states were saying they weren’t sure how many doses they’ll get. There have also been questions about whether the U.S. has ordered enough shots to meet its ambitious distribution schedule moving into 2021.

“We are not taking a victory lap,” Perna said in a news briefing Saturday. “We know that the road ahead of us will be tough. We know that situations will occur, but we will figure it out together, collectively, a whole-of-America approach to solve the problems.”

Perna, dressed in battle fatigues and speaking alone without any preamble from political appointees, compared the moment to D-Day, the Allied invasion of France that marked the turning point in Europe in World War II. “D-Day was the beginning of the end,” he said. “And that’s where we are today.”

The Pfizer shot -- and a similar vaccine from that is just a week away from a decision on emergency authorization -- will be in short supply initially.

Only 2.9 million doses of the Pfizer vaccine will be delivered in the first shipment, a fraction of what’s needed to vaccinate health-care workers and nursing home residents, who are atop the priority list. Another 2.9 million are being held back to ensure that the second dose, to be given 21 days later, will be available for people who get the first round. Additionally, half a million are being held as an emergency reserve.

The government is holding up the second dose “just until we have ultimate confidence, and we’ve built up stocks to ensure that we can get the American people a second dose,” Perna said, adding that he expects both doses could start to be sent out together in mid-January or February.

Complicating the distribution is that the Pfizer vaccine must be stored at ultra-cold temperatures of 94 degrees below zero Fahrenheit until a few days before use. Pfizer has developed special dry-ice containers to make it easier to store for facilities that don’t have the needed equipment.

Perna expects 40 million doses available by the end of the month if Moderna’s vaccine is authorized alongside Pfizer’s. 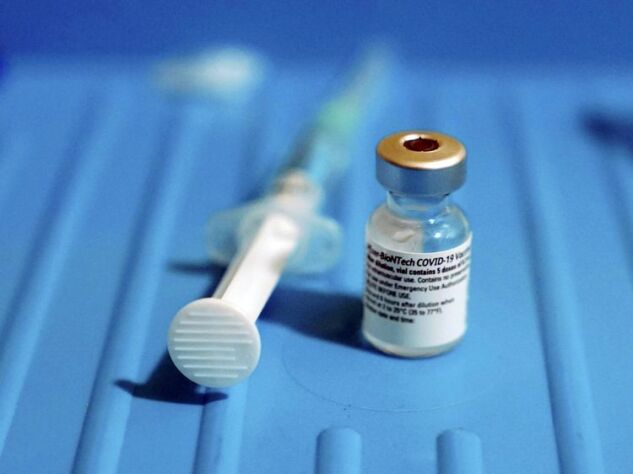 Pfizer’s vaccines will be delivered directly to individual facilities identified by the states, Perna said, with 145 sites set to receive their doses on Monday, 425 on Tuesday and the final 66 sites on Wednesday. He said all states now know how much vaccine they’ll get.

On Sunday, trucked its first load of Covid-19 vaccines from Kalamazoo to the Gerald R. Ford International Airport in Grand Rapids, where it departed 37 minutes earlier than predicted, said Richard Smith, president for the Americas at the company’s Express unit and the point person for FedEx’s vaccine rollout. The special cargo was put aboard an Airbus A300 aircraft that flew to the company’s main hub in Memphis, Tennessee, the executive said in a phone interview. The boxes of vaccines will be sorted there and then taken by other planes to the final destinations where the shots will be administered.

“We’re ready for this,” said Smith, whose father founded FedEx as an overnight courier in 1973. “You could say we’ve been preparing for it for 47 years because this is what we do.”

The vaccine shipments are being equally tendered to FedEx and rival , Smith said, with the distribution areas will be divided up by state and major metropolitan areas.

The vaccines weren’t pre-positioned, Perna said, because the operation did not want to begin moving the shots before the U.S. approved emergency authorization for the Pfizer-BioNTech shot late Friday.

The first steps toward delivering the Pfizer-BioNTech vaccine come as an advisory panel to the Centers for Disease Control and Prevention that all Americans age 16 and over get vaccinated, helping clear one of the final hurdles before vaccinations can begin in the U.S.

The advisers urged care providers to monitor people with a history of anaphylaxis, or allergic reactions, for 30 minutes after giving them a shot. They also said pregnant women, lactating women and immunocomprised people can decide whether to get a vaccine despite the lack of specific data on how it performs in those groups.

The advisory panel also urged more support for vaccine distribution, expressing alarm at how few dollars have been allocated for the rollout, compared with the amount of money the federal government invested in researching and manufacturing.

In Virginia, Cindy Williams, vice president and chief pharmacy officer at , woke around 3 a.m. Saturday to check whether the FDA had issued Pfizer’s emergency use authorization. She went to sleep before Friday night’s announcement and started working once she saw the news.

Williams read the order and the informational materials that accompanied it so she could finalize the documents Riverside plans to print Monday ahead of its test run. “It’s almost that final, final preparation,” she said.

Riverside plans to use Monday’s test to ensure it’s ready. As of now, Riverside expects to start vaccinating workers on Wednesday.

The health system ordered one container filled with three trays each holding 975 doses, meaning the system of about 10,000 employees should be able to give 2,925 workers the first shot of the two-dose regimen in the coming week. The shipment will arrive at one hospital and two trays will stay there. The third will be split up into smaller quantities and shared among Riverside’s other facilities.

Kits filled with supplies needed to administer the vaccine, including needles and syringes, arrived from on Thursday, Williams said.

Operation Warp Speed aims to have enough doses to inoculate 20 million Americans by the end of December, 50 million by the end of January, and 100 million total by the end of March. , the chief, has said there will be enough supply for any American who wants a vaccine by the end of the third quarter of 2021.

As other vaccines encountered problems, however, it has placed more pressure on the U.S. to vaccinate larger swaths of their population with the two messenger RNA vaccines that have shown the best results -- the Pfizer vaccine and the similar one from Moderna that is likely to be cleared next week.

Because mRNA has never been used in an approved product, mass scale production is just gearing up now, and it is uncertain how quickly mRNA vaccine makers can meet the demands of the world.

Large scale U.S. trials of two other vaccines, from Johnson & Johnson and are ongoing. But those vaccines aren’t likely to hit the U.S. market until around February. Meanwhile, late stage trials of vaccines using more standard technology -- from both and another from and -- have been delayed.

The U.S. already has ordered 100 million doses of the Pfizer vaccine, enough for 50 million people, but the two sides have been wrangling over how quickly when the U.S. can get more. Pfizer has indicated that it will honor commitments to many other countries.

Operation Warp Speed has said the doses will be allocated to states according to their share of the adult population. Officials haven’t publicly detailed how many doses each state will get, though some have published estimates of how many they expect.

In most that have, the number expected in initial shipments amounts to about 1% of their adult populations.

Pennsylvania’s allotment “is still fluid,” Rachel Kostelac, a spokeswoman for the state health department, said in an email late Friday afternoon. The described a “rapidly changing situation” with several different estimates of vaccine allocations provided by the federal government in the last week.

“We know we will continue to adjust our numbers as new information about shipments becomes available,” spokesman Jonathan Modie said in an email Friday.