Leaders of pivotal congressional health committees want to include a fix for surprise medical bills in the next coronavirus-response package, aides and lawmakers said.

(Ore.), the top Republican on the House Energy and Commerce Committee, is pushing for getting surprise billing legislation into the next bill to address the effects of the outbreak of the coronavirus. Walden said he’s been working with committee chairman (D-N.J.) on the issue.

Pallone told reporters separately Monday that he is working with Walden on what could go into a fourth coronavirus-response measure, but stopped short of saying surprise medical bill legislation should be included. 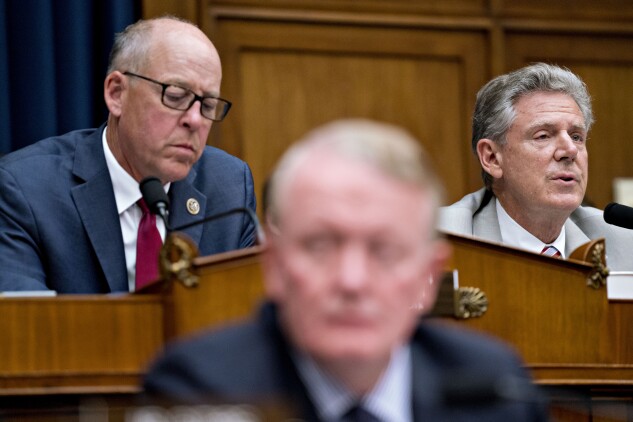 Surprise billing legislation is aimed at ending instances where people with insurance end up paying high fees for health-care services, often the result of unexpectedly getting treatment from doctors outside the insurer’s network. Fights between insurers and health-care providers over how to shape such a fix have kept legislation from passing.

Democrats want to make health-care services free to people who contract the new coronavirus, Pallone said. Rep. (D-Va.) said that if treatment were free, those with the virus wouldn’t have to fearsurprise medical bills.

Walden tried to include in previous coronavirus legislation an agreement he and Pallone struck with Sen. (R-Tenn.) late in 2019 designed to end “balance billing” practices and cap some out-of-network charges insured patients faced when seeking emergency room care. Senate leaders decided against including this provision in any of the three bills that cleared Congress, aides said.

Walden and Pallone earlier this year were negotiating with the heads of the House Ways and Means and Education and Labor committees on a compromise on differing proposals for dealing with surprise medical billing from each of the panels. All three would ban balance billing—where a doctor sends a patient a bill directly for charges the insurer won’t cover—but the bills deal with settling billing disputes between insurers and doctors differently.

The negotiations have sparked a costly lobbying fight from hospital and doctors groups as well as insurers.

Surprise medical billing legislation was supposed to be part of an extension for popular federal health programs like community health centers that were set to expire this May. However, Senate leaders agreed to extend the programs until November and leave out surprise billing.