The lofty ambitions and hyperbole of Silicon Valley startups and their founders is fair game for to use at her pending criminal trial, a judge ruled.

For the first time since the pandemic shut down in-person hearings, the former Theranos chief executive and her lawyers appeared Tuesday before a federal judge in San Jose, California, to argue about what evidence should be permitted and excluded from her trial, which is scheduled to start in August. The public and members of the press weren’t permitted in court, but could listen in by phone.

Exaggeration -- and bluster -- about what technology can do and how it improves lives is endemic in Silicon Valley. To what degree Holmes did that when she extolled Theranos’s blood-testing capabilities was among the first issues her lawyers and prosecutors took up. Icons and were invoked in the debate over what role the “culture of Silicon Valley” should play. 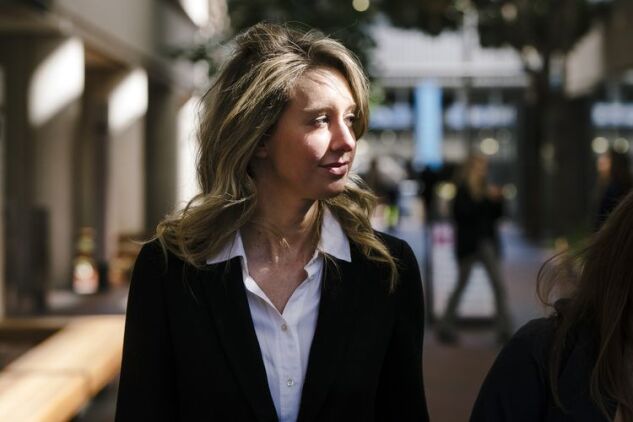 , a lawyer for Holmes, told Davila that a broad order rejecting arguments about the region’s influence is improper. “It’s hard to draw lines at this time without the evidence before us,” she said. U.S. District Judge agreed.

“It’s common in Silicon Valley for promoters to engage in that type of conduct,” Davila said, noting that the jury will be drawn from the region. “There’s going to be some natural discussion of startup companies and how they operate.”

What won’t be permitted is for Holmes to argue that because exaggeration in Silicon Valley is ubiquitous, she was unfairly singled out and targeted in a “selective prosecution.” Such a defense is inappropriate, Davila said. “I’m relieved to hear the defense is not going to proffer that argument.”

Assistant U.S. Attorney Jeff Schenk warned Davila about giving Holmes too much leeway to argue Theranos’s rigorous enforcement of non-disclosure agreements and trade secrets was a “common, normal, acceptable” part of how business is conducted in Silicon Valley. He asked the judge to make sure jurors make their conclusions based only on the evidence before them.

“I can’t today say I’m going to preclude that discussion,” Davila said, referring to the swagger and boastfulness common in the high-tech epicenter of the U.S. “I’m not going to give a blanket preclusion,” he said. “It’s something the court will be mindful of as the evidence comes in. That’s what I’ll say now.”