An over-the-counter bill aims to modify how nonprescription drugs, everything from Tylenol to sunscreen, are overseen by the FDA, a process created 45 years ago.
Photographer: Tim Boyle/Getty Images

Sen. before he retires at the end of the year, plans to take another shot at overhauling how over-the-counter medicines such as aspirin are regulated.

Supporters of the bill say they hope to help the long-time Georgia Republican, who has been in Congress for 20 years, clear his long-stalled measure this year.

“Maybe out of respect to Sen. Isakson we will finally do it,” said Sen. (R-Tenn.), chairman of the Senate Health, Education, Labor and Pensions Committee, said. 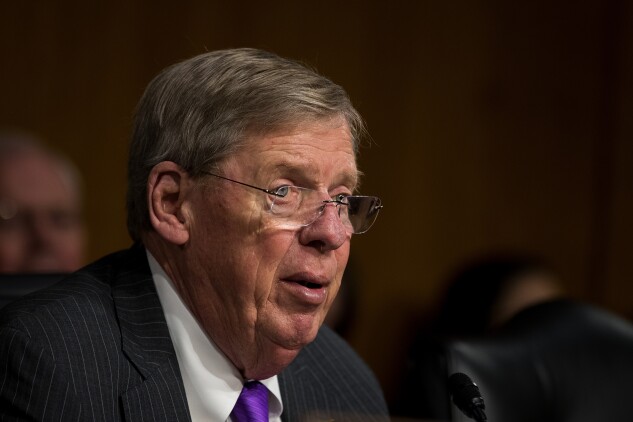 Isakson in August cited health problems in announcing his resignation plans. He was diagnosed with Parkinson’s disease in 2013. He said his illness was progressing and that he also was recovering from a fall and had surgery to remove a growth on one of his kidneys.

The over-the-counter bill aims to modify how nonprescription drugs, everything from Tylenol to sunscreen, are overseen by the Food and Drug Administration, a process created 45 years ago. The measure looks to speed up the process by which FDA reviews these products and creates new user fees to support the changes.

“It is past time to modernize and overhaul our woefully outdated over-the-counter drug approval process,” Isakson in a statement.

Speeding up the regulatory process would allow the FDA to more-easily deal with labeling and safety issues, according to a letter to lawmakers sent by the Pew Charitable Trusts and several other groups in support the legislation in June.

The latest version of the measure, which has been blocked for years over objections from members of Isakson’s own party, hews closely to what passed the House earlier this year () as part of a package of bills.

Supporters say they’re hoping Isakson and other backers of the legislation can work out any sticking points.

Since late 2018, Isakson and Sen. (R-N.C.) were thwarting passage of each other’s legislation. Burr blocked Isakson’s over-the-counter drug bill because of frustration about the FDA’s proposed regulation to ban most electronic cigarette flavors, and Isakson blocked Burr’s pandemic bill in response.

Isakson earlier this year released his hold on the pandemic bill, which eventually was signed into law (). Burr has yet to say publicly whether he’ll end his hold on Isakson’s bill.

Burr didn’t object to approving the measure in the HELP Committee or comment on it during the hearing.

The HELP Committee also approved the: