House Republicans aren’t waiting for next year to demand documents from the Biden administration about the federal response to the Covid pandemic and the role of key presidential advisers.

Republicans want to use a procedural tool—known as a resolution of inquiry—in the coming weeks to advance investigations into areas ranging from Health and Human Services Secretary Xavier Becerra’s role as a Covid adviser to oversight of research conducted in China at the start of the pandemic.

“There are so many questions that need to be answered about the government’s response to Covid-19,” Rep. (R-Wash.), ranking member of the House Energy and Commerce Committee, said in an interview. “How the pandemic started, that’s probably the most important public health question that needs to be answered.”

The resolutions, filed in late July, show what information Republicans will seek from President Joe Biden’s administration if the party regains control of either chamber of Congress after the November midterm elections. They will also inform legislation Republicans will pursue if in the majority in 2023, McMorris Rodgers said.

They could get special privileged status on the House floor—meaning they can skip typical procedures to get a floor vote— unless their respective committees take action on them by the end of September.

The resolutions include demands for: information around how much Covid funding remains and how many tests and vaccines were purchased () ; documents related to oversight of the Wuhan Institute of Virology laboratory (); records of HHS Secretary Becerra’s role in the Covid response (); and plans for dealing with the rise in fentanyl-related overdose deaths ().

Whether Republicans’ attitudes toward the Biden’s administration’s handling of the Covid pandemic will compromise their support for annual spending increases for federal research programs within the National Institutes of Health remains to be seen.

“NIH’s halo is a little smudged, at least in the mind of some Republicans,” Erik Fatemi, a principal at Cornerstone Government Affairs who specialized in NIH appropriations as a former Senate Democratic staffer.

While appropriators ultimately hold the NIH’s purse strings, they have to reflect the will of the caucuses, he said.


Democrats quietly turned off the rules permitting resolutions of inquiry during the pandemic. After the rules were revived, House Republicans filed more than a dozen such resolutions this summer to force action at the end of September. These resolutions don’t carry the authority of a subpoena but are meant to signal to the executive branch that lawmakers want a response.

“This is a tool to bring oversight and accountability to this administration,” said. “We have a list of inquiries we want answered.”

Democrats have the votes in the House to reject the resolutions. But, the topics will stay alive in Congress regardless in the weeks before the November midterms and put lawmakers on the record around what Republicans see as damning issues for the Biden administration.

If the House does pass them, these resolutions would demand that health agencies and the White House provide documents key to probes Republicans want to lead if they recapture the House in 2023.

McMorris Rodgers said she sees a “real crisis of confidence” in federal health agencies started by the Covid pandemic and a reluctance by officials to probe the origins of the virus and laboratory safety. 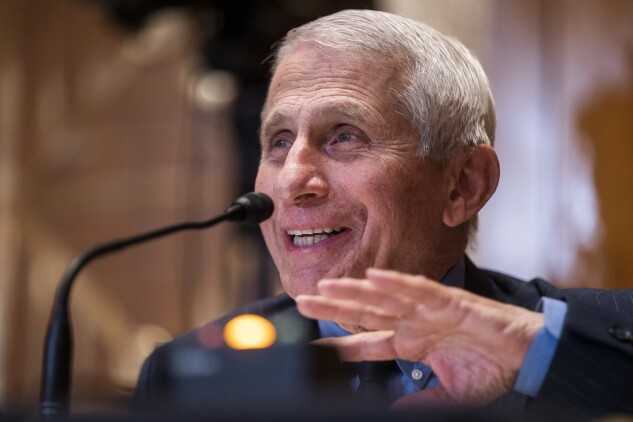 (Ky.), the top Republican on the House Oversight Committee, said in a statement he wants Anthony Fauci, a key White House Covid adviser and long-time director of the National Institute of Allergy and Infectious Diseases, to testify on what he knows about whether the virus might have leaked from a laboratory in Wuhan, China.

Fauci told a Senate panel this summer that Covid is likely a “natural occurrence” and not the result of a lab leak. Fauci, 81, announced in August he’ll step down from his government posts at the end of this year.

Sen. (R-Ky.) in August sent a letter to the head of the NIH demanding the agency retain “all records, e-mail, electronic documents, and data created by or shared with Dr. Fauci during his tenure at NIH that relate to Covid-19.”

Paul and Fauci have feuded throughout the pandemic over whether the NIH funded “gain-of-function” research. The NIH issued a statement last year that it hasn’t funded any studies to increase the transmissiblity of coronaviruses.

Gain-of-function refers to a broad range of research from making bacteria glow in a petri dish to “dual use” research that’s intended to offer a benefit but could cause harm in the wrong hands without appropriate guardrails, said Mary Lee Watts, director of federal affairs for the American Society of Microbiology.

“The fact that we can develop insulin for people in diabetes is actually gain of function,” Watts said.

The gain-of-function concern related to Covid-19 refers to research with enhanced potential pandemic pathogens, which are bacteria and viruses that are highly transmissible and capable of broad, uncontrollable spread among humans.

Concerns about this kind of research prompted Lawrence A. Tabak, acting director of the NIH, to direct the National Science Advisory Board for Biosecurity earlier this year to review the scope and effectiveness of enhanced potential pandemic pathogens and dual-use research.

Some researchers say that oversight should focus only on research considered highly risky, not all gain-of-function work.

Enhanced potential pathogen studies create risks that need to be taken seriously and Congress should ensure that federal agencies are doing so, Tom Inglesby, director of the Johns Hopkins Center for Health Security, said. However, lawmakers should be careful to focus on the specific areas of research that pose risks, not a broad array of research that does not, he said.

“It’s a very small area of work, but it’s very, very important to get it right,” Inglesby said. “If Congress is going to spend more time focusing on these missions, that really should be the very, very specific area of event as compared to anything beyond that.”

Researchers say oversight around issues such as laboratory safety is welcome, but proposals to ban research aren’t.

Previous research bans have slowed the progress of science, Watts said. In late 2011 some researchers for about a year agreed to a voluntary moratorium on flu transmission studies over fears of lab-grown viruses, Watts said.

The moratorium “really slowed down our progress, and understanding and continuing to find better ways to track and combat flu,” she said. It also meant young investigators and global research efforts were lost, Watts said.

If the US continues to ban or limit such research, “we’re not continuing to study these viruses that have been the cause of the last major pandemics that we’ve had,” Watts said. “So we’re not learning from that, and we’re not going to be ready for the next pandemic, potentially.”

To contact the editors responsible for this story: at akramer@bloomberglaw.com; at rmeszoly@bgov.com