A courthouse turf war has broken out between the Republican Attorney General defending Indiana’s abortion ban and a Democratic county prosecutor who opposes the new law.

Marion County Prosecutor Ryan Mears is fighting to represent his office in the case, an attempt to weaken the defense of the state’s near total ban on abortion.

It’s the latest backlash against a cohort of 90 elected prosecutors across the country who signed a letter saying they didn’t intend to ever bring charges against those who seek or provide abortions.

As of this week, abortion is illegal in Indiana except in cases of rape or incest within the first 10 weeks of pregnancy, in instances of a “lethal fetal anomaly,” or to prevent “any serious health risk” for pregnant patients.

A judge in Monroe County Circuit Court will hold a hearing Monday to decide if the law should be temporarily blocked.

Attorney General Todd Rokita (R), meanwhile, is trying to make sure he doesn’t have to share the case. He’s seeking to consolidate the defense—cutting out Mears, whose position on abortion is contrary to Rokita’s. 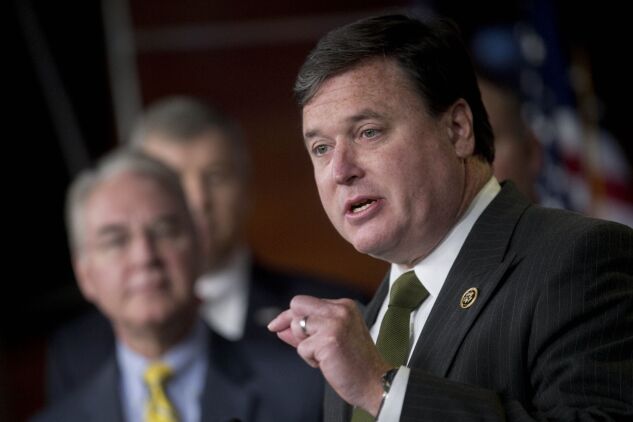 In a brief filed with the Monroe County Circuit Court, Mears’s attorney, Linda Pence, argued that it’s up to each county prosecutor “to do what they think is best for their communities in determining how to allocate their resources in prosecuting crime and what crimes should be prosecuted.”

“In his view, the law beats down the poorest women and intimidates doctors who are simply trying to provide routine care and treatment,” according to the brief.

Mears argued that this point of view, which is “diametrically opposed” to Rokita’s, deserves to be represented as part of the discussion of the case.

The plaintiff abortion providers contend that the Indiana Constitution’s privacy and equal protection guarantees prohibit the state from barring access to abortion.

Its lawsuit is against the state medical board and against prosecutors in seven counties.

The Indiana spat highlights divisions across the country as dozens of local prosecutors assert their discretion to prioritize every other kind of criminal case above abortion law violations.

After the US Supreme Court decided this June that abortion regulation should be left to the states:

Indiana’s legal tug-of-war is complicated by the fact that lawmakers had the chance to give Rokita carte blanche authority to bring cases, yet chose not to.

During the General Assembly’s special session to craft the new abortion ban, a version passed by the Senate would have given Rokita concurrent jurisdiction with all county prosecutors, meaning he would have had the ability to bring cases in Indianapolis even if Mears chose not to bring charges. Lawmakers took that out of the bill.

Rokita and the attorneys for the plaintiffs didn’t immediately respond to a request for comment.

On Thursday, Monroe Circuit Court Special Judge Kelsey B. Hanlon denied abortion providers’ motion for a temporary restraining order, allowing the state’s abortion ban to go into effect. Physicians who violate the law can have their licenses stripped and could face felony or misdemeanor criminal penalties.