Sofia Russell, 77, receives the Moderna Covid-19 vaccine during a distribution of vaccines to seniors above the age of 65 who are experiencing homelessness at the Los Angeles Mission in February 2021.
Photographer: Frederic J. Brown/AFP via Getty Images

Health insurers are circulating a letter among lawmakers this month to marshal support for a program where private companies cover seniors on behalf of the government.

For the first time, that lobbying effort in favor of Medicare Advantage faces organized opposition.

For the past four years, the letter to federal officials has added new signatures—with 346 House members last Congress, or 80% of the chamber, attesting to the popularity of the plans.

This year, left-leaning organizations critical of Medicare Advantage say they’re trying to dampen support for the letter in hopes of winning better oversight and stricter rules for the program.

“We need to make sure every member understands if they sign onto this letter, they’re blindly supporting a program that is ripping off taxpayers and compromising care for many who need it,” said Diane Archer, who founded the consumer rights organization Medicare Rights Center and now advises seniors on Medicare and financial matters.

These critics oppose the broad growth of Medicare Advantage, which last year covered 49% of eligible seniors—29.1 million in total. That’s up from 13.1 million a decade earlier, Centers for Medicare & Medicaid Services data show. Private insurers, specifically and , account for almost half of all Advantage plans. 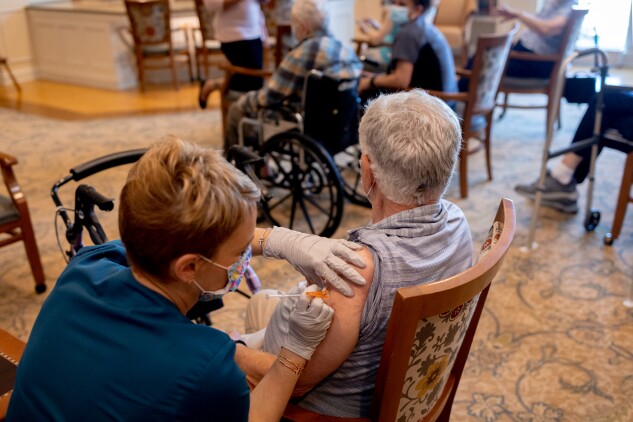 Under the program, the government pays private insurers to administer coverage to seniors and people with disabilities. Insurers generally offer low, sometimes zero-dollar, premiums and added benefits in exchange for accepting managed care, which can mean narrower provider networks and potential prior authorization requirements for certain medications or treatments.

Archer, along with Wendell Potter, an outspoken former insurance company executive who founded the Center for Health and Democracy, have been personally lobbying lawmakers not to sign the letter, which is now circulating among members of Congress and is typically sent to the head of CMS at the beginning of February at the biennial start of a new Congress.

Archer and Potter say the insurance industry is painting the program with too broad a brush, allowing bad actors to sell seniors insurance plans that might not have coverage for their preferred doctors or sufficient coverage for needed services if they get sick. They held a briefing last week for Capitol Hill aides with the offices of Democratic Reps. Rosa DeLauro (Conn.), Pramila Jayapal (Wash.), and Jan Schakowsky (Ill.) advertised as co-hosts.

The biennial Medicare Advantage support letter is meant to reflect how happy people are with their coverage, said David Allen, a spokesman for AHIP, the main lobbying and advocacy body for insurers that helps build support for the letter.

The letter is typically just a statement of support for continuing Medicare Advantage largely as is and emphasizes its benefits. What it signals is more important: that the program is popular among lawmakers.

“The letter is an opportunity for members of Congress to reaffirm to these seniors that they will continue to support them and the quality coverage and care MA delivers,” he said.

The concern from progressive groups mirrors questions from some key lawmakers.

Jayapal, one of the chairs of the Congressional Progressive Caucus, regularly criticizes the program. She is gathering signatures for a letter to President Joe Biden and Health and Human Services Secretary Xavier Becerra asking for changes, such as restricting prior authorization requirements and mandating that Advantage plans cover services from any health-care provider that accepts Medicare patients.

Federal officials such as Becerra may not think such new rules as necessary if most of Congress sends him a letter this year praising the Medicare Advantage program, Potter said.

“These letters are a PR tool from the insurance industry that sends a signal to the administration, to the White House, that members of Congress are with us,” he said.