A bipartisan group in the House is pushing to permanently ban a wide set of synthetic opioids, fulfilling a Biden administration request to crack down on fentanyl traffickers.

Reps. (D-N.H.), (R-Wash.), and (R-N.C.) will introduce legislation Monday to deem fentanyl-related substances—copies of the powerful opioid often found in other illicit drugs—among the most controlled drugs, Schedule 1. The measure would allow researchers to put some versions of fentanyl into less-controlled classes.

“This is one piece of a much bigger puzzle we have to solve in this country,” Pappas said, “in making sure that we are providing every resource possible to law enforcement and to those who are struggling with addiction.”

The legislation would also end mandatory minimum sentencing rules for anyone convicted of possessing or trafficking these substances based solely on the quantity of drugs they have. It would leave sentencing up to federal guidelines and the courts, a Pappas aide said. 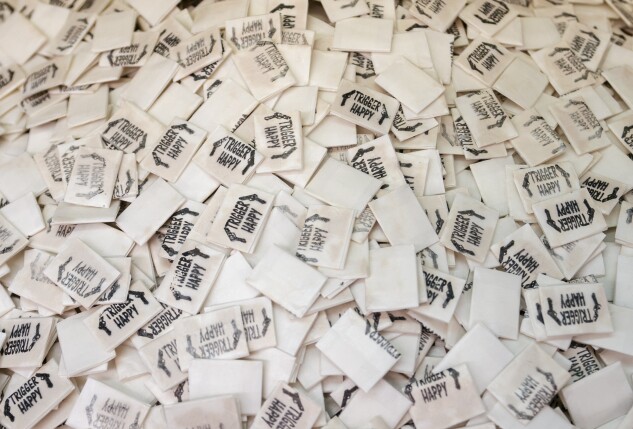 Biden administration drug control officials asked Congress late last year to make permanent the government’s power to automatically ban fentanyl-like substances, an authority that expires March 11. Congressional leaders are considering pushing that deadline as far as September, as part of a bill to fund the government, according to a Democratic aide familiar with the discussions.

Administration officials have warned that illicit drugmakers can make thousands of different kinds of synthetic opioids, some that aren’t technically illegal because they are a related substance, not fentanyl.

An estimated 104,288 people died in the U.S. of drug overdoses in the year up to September 2021, the highest ever recorded, Centers for Disease Control and Prevention data show. U.S. Customs and Border Protection say in 2021 they seized a record amount of fentanyl coming into the U.S.

President Joe Biden has pledged to reduce prison sentences for some drug offenders, saying such sentences only worsen addiction problems facing Americans. Administration officials have recommended coupling a permanent ban on fentanyl substances with an exemption from mandatory minimum sentences for some people who are convicted for trafficking the newly prohibited substances.

“Classwide scheduling of fentanyl analogues hasn’t saved lives, isn’t rooted in science, and will only perpetuate the racial disparities pervasive in the criminal legal system,” Liz Komar, sentencing overhaul counsel at The Sentencing Project, said in a statement.

Pappas said he’s open to a larger debate about bolstering treatment options for those with substance use disorder, but cautioned that fentanyl has contributed to the rise in overdose deaths in the U.S.

“When you’re dealing with these analogs that are being manufactured and coming into this country, and killing thousands of people—we’ve got to make sure we can interdict these shipments,” he said.