California is moving to open up the nation’s most populous state while its biggest cities are still facing tight restrictions -- part of an approach to reopening that’s dividing urban and rural areas across the country.

Governor on Tuesday said the state would ease guidelines to allow curbside pickup at malls, the reopening of botanical gardens and even some dine-in restaurants as the coronavirus outbreak stabilizes. Some office spaces, where employees are unable to work remotely, may also reopen in a limited capacity.

Yet the signs of optimism came the same day the public health director of Los Angeles County -- the state’s largest -- told county supervisors that the area’s health orders would likely extend through July, offering a reminder that life is far from returning to normal. The San Francisco Bay area has tight limitations on business in place through the end of May, with county officials saying those would hold even after Newsom started easing curbs last week.

The divergence shows the challenge for government officials in navigating reopenings across states where more rural areas may be able to move quicker than densely populated regions that have been harder hit by the coronavirus. Governors from California to Virginia are taking steps to allow for a regionalized approach to balance keeping citizens safe and revitalizing local economies, at times leaving decisions to counties.

“There should be no pressure on the local officials down in L.A. or elsewhere to feel that they have to move into this space sooner,” Newsom said Tuesday. “Their conditions are very, very different than some of these rural counties.” 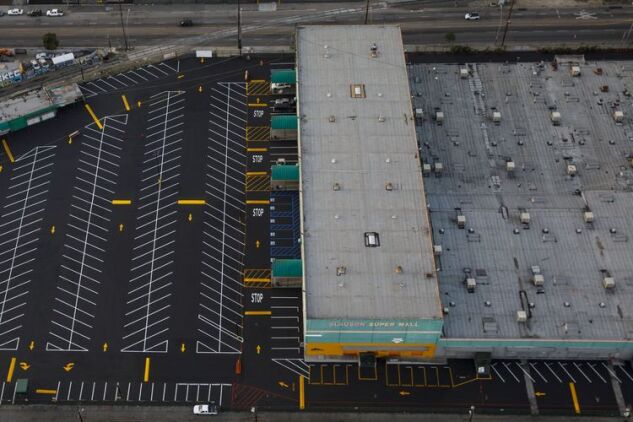 California, the first state to issue stay-at-home orders in March, moved into “phase two” of its Covid-19 response last week, which included the opening of non-essential retail businesses. Newsom estimated that 70% of the state’s economy is now open with some kind of modifications. He said at least two rural counties -- Butte and El Dorado -- have met criteria to relax rules even further.

The regional variances have drawn ire from residents and business owners who see the state loosening rules while local officials take a harder stance. Most notably, Chief Executive Officer on Monday the car manufacturer’s only U.S. production facility in defiance of Alameda County guidelines, with the blessing and encouragement of President Donald Trump.

Late Tuesday, health officers for the Bay Area county said the factory can reopen as soon as next week if Tesla adopts safety recommendations in addition to a new plan the company has submitted. While the county will let Tesla augment its operations this week, city police will verify that the carmaker is adhering to the agreed measures aimed at protecting workers.

The challenges in California are playing out across the country. In Virginia, Governor plans to begin reopening the state on May 15, though he says some northern counties may extend that deadline by as much as two weeks “to allow those localities more time to meet the health metrics.” New York Governor said parts of his state can this week, while hard-hit New York City faces an extended lockdown.

Counties in Colorado, meanwhile, can apply with the Department of Public Health to open more broadly if they can meet necessary safety measures, such as hospital capacity. Colorado officials shared that plan with other members of the so-called Western States Pact, and California, Washington and Oregon have now also announced plans to use similar reopening strategies.

Dr. , the nation’s top infectious disease official, on Tuesday warnedthe U.S. Senate that reopening states too quickly could create “a real risk that you will trigger an outbreak that you might not be able to control.”

“He’s right. It’s a risk,” said Ohio Governor , who started opening parts of his state in late April but has gotten pushback from some industries. “It’s a risk whatever we do. It’s a risk if we don’t open up. We believe if we do this right, we can do two things at once.”

In Los Angeles County, virus and testing data indicate “with all certainty” that health orders will need to be extended for at least three months, Public Health Director told county supervisors at their meeting Tuesday. The county has more than 32,000 confirmed cases of the coronavirus, almost half of California’s total.

In a reflection of how sensitive the reopening issue has become, the health department later issued a statement that Ferrer was clarifying her remarks. It said the area’s safer-at-home orders will remain in place “over the next few months,” with a gradual relaxing of restrictions.

“While the city’s Safer at Home order will remain in place beyond May 15, we will also continue to adjust the order gradually -- to safely allow more activities, more businesses to operate, and more Angelenos to get back to work,” Mayor said in a statement.

Los Angeles had only recently begun loosening up. The city last weekend let residents hike on trails and play golf. Toy stores, flower shops and other retailers were allowed to reopen for curbside pickup. Beaches in the city are scheduled to reopen Wednesday.

The drumbeat for a wider comeback has grown. Following anti-lockdown demonstrations, Garcetti put barriers and an increased police presence around his house. On the streets, traffic has also increased, mask-wearing has diminished, and local farmer’s market vendors bemoan the lost business.

Immediately following Ferrer’s remarks, social media lit up with criticism of the executive’s pay and credentials. “If you open things in one part of CA and not in LA and other parts, guess where LA folks going?” one woman wrote on Twitter.